The trajectory of Mark Harmon‘s acting career is one that’s not filled with cutthroat ambition as many of his peers attempted to sometimes great personal cost. Harmon even had initial trepidation about becoming an actor back in the 1970s after being a college football star. It took a while to build his resume, but he’s kept working for 45 years without letup.

Even if he’ll be primarily known as Gibbs on NCIS, it’s worth looking back to his early days when he wasn’t sure acting was for him. While some football stars think acting will be a great in for more stardom, Harmon had other ambitions first.

With that, it pays to see whether this made him a more natural actor. 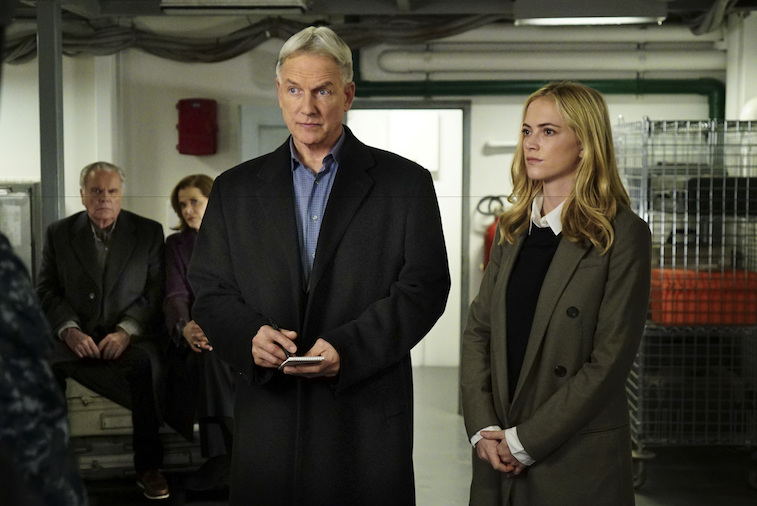 After quitting college football in the early 1970s, Harmon began work in earnest as a guest-star actor on dozens of dramas and sitcoms. If you lived during the era, you probably remember seeing him playing guest roles across the three-network spectrum.

Not until 1978 did he finally become interested in doing movies. His first movie was Comes a Horseman, even though it didn’t really springboard him into anything steady. His movie career was mostly popular, but it came in fits and starts. A lot of this might have been by design from the beginning.

As Harmon said himself in a Larry King Now interview back in 2014, he admitted he wasn’t sure he really wanted to be an actor when he began. One thing you can say is he’s never been one to apply any kind of specialized acting technique or try to reinvent the wheel on acting approach.

You can argue his understated, natural approach endured him to audiences in making his characters more believable.

More proof about how unsure he was being an actor

When you see other media angles on Harmon’s career, you’ll notice acting was really only his last choice before seeing if he could be successful in other jobs. At one point, Harmon said he wanted to be a carpenter among other career pursuits. He said he couldn’t get hired, so he ended up as a national shoe salesman rep.

The stress of this job just wasn’t for him, so he finally started moving into acting. Even becoming a pro football player didn’t interest him because he wanted to do something more useful and practical.

Yes, Harmon is truly a rare, down-to-earth guy in Hollywood, something that seems overly old school nowadays. To truly understand where he’s coming from, you can also look to statements he’s made about wanting to spend more time with his family rather than chasing acting superstar dreams.

Harmon could have been an award-winning movie actor, but chose TV

Harmon’s real peak as a movie actor came in the mid-1980s with movies like Summer School and The Presidio. Movies continued to be a part of his acting life, despite bowing out of them about a decade ago to focus on NCIS.

As for television, Harmon worked consistently while still facing numerous, failed shows he headlined. His longest stint on a TV series was on St. Elsewhere in the mid-1980s during a time when his movie career was peaking.

Once NCIS started, he finally found the perfect job, because he’s said he never wanted to be away from his kids, including his wife, Pam Dawber. Their marriage likely held together because he’s made an effort to always be home rather going off to film a movie in another country for months at a time.

What we don’t know now is whether Harmon will ever want to act again once he retires from NCIS. Since Gibbs is a complex character, it’ll be a perfect finale to his career while managing to enjoy the daily, practical routine of being a TV actor.