In the wake of her career-defining performance as journalist Gretchen Carlson in the critically acclaimed US drama The Loudest Voice, actress Naomi Watts has been honoured at an awards gala in Los Angeles.

The 51-year-old actress received the Orry-Kelly Award at the eighth annual Australians in Film gala. 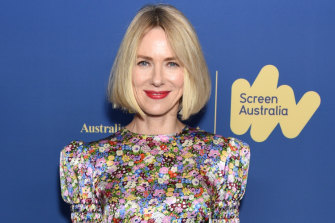 The award, named after pioneering (and Oscar-winning) NSW-born Hollywood costume designer Orry Kelly, recognised an individual whose work in entertainment has contributed to the national identity of Australia.

In a career spanning more than three decades, Watts has assembled a formidable and varied list of credits, including the iconic Brides of Christ, David Lynch's Mulholland Drive and Twin Peaks remake. 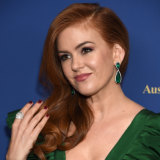 Watts also starred in Gore Verbinsky's horror masterwork The Ring, delivered two Academy Award-nominated performances in 21 Grams and The Impossible, and most recently starred opposite Russell Crowe in The Loudest Voice.

The award was presented to Watts by her friend, actor Isla Fisher.

Speaking to this masthead, Watts said her role in The Loudest Voice, while not directly tied to the award, was a significant achievement in the past year.

”Playing a woman who has endured so much and come out on top,” she said. “What actor doesn’t want to take on that kind of role. She was heroic and inadvertently caused a movement.”

Watts said the award meant a great deal to her, despite the tendency among the acting community to say that awards do not matter.

“Acknowledgement … it is human nature to create that and want that, and as much as we say, oh no, we don’t need that, and I do say that and I have said that, but when you’re out there and you’re receiving it, it does feel nice,” Watts said.

Of her younger-self, who starred in Brides of Christ, Watts said she had no idea at the time where her career would take her. “I never … that would be just too far fetched of a fantasy to aim or reach for,” she said.

”I knew I loved what I did, I loved the job of being an actor, but I didn’t think it would go this far. It does feel like a very long career at this point and I am grateful that the invitation is still there.”

Watts acknowledged the gift of having worked with some of the greatest directors in Hollywood. “David Lynch, for instance, who gave me such a great role [in Mulholland Drive],” she said. “I pinch myself.”

When you know your friends are there and they will be heckling … I am definitely a little nervous.

On her pre-stage nerves, Watts said it would be a strange feeling to be on stage in front of an audience of her peers, family and friends.

“You can kind of block it out when you don’t know the people,” she said. “But when you know your friends are there and they will be heckling … I am definitely a little nervous.” She laughed. “And I don’t want to get too emotional.”

The other major award presented at the gala was the Annette Kellerman Award, named after the Australian professional swimmer who became one of cinema's first stars in the early 20th century, and which recognises "trailblazing women" in the US film industry.

This year it went to actor Ruby Rose, who is currently starring in the hit television series Batwoman.

The award was presented to Rose by actor Vin Diesel.

The "breakthrough" award recognises Australian screen talent who have had a major international presence in the preceding year. 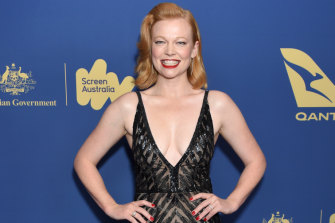 There were two other awards announced on the night. 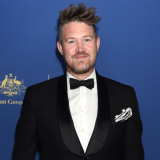 The first, the Animal Logic Illuminate Award, recognises excellence behind the camera and was presented to director Rachel Perkins by director, producer and screenwriter Philip Noyce.

The second, the Ausfilm International Award, recognises a significant contribution to the Australian film industry and was given to Warner Bros. president of worldwide physical production Bill Draper.