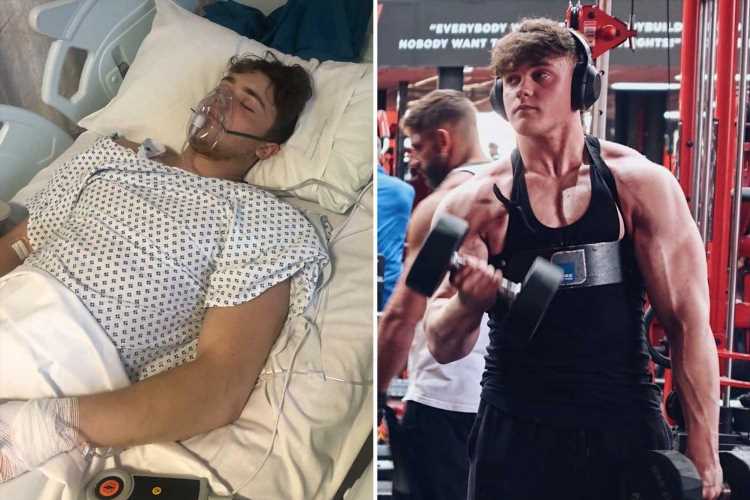 THE MUM of a gym-loving teenager who lost the ability to walk overnight was heartbroken to discover the true cause was cancer.

Brandon Hackett was told by doctors that his back pain was likely due to an overworked muscle, given he went to the gym almost every day. 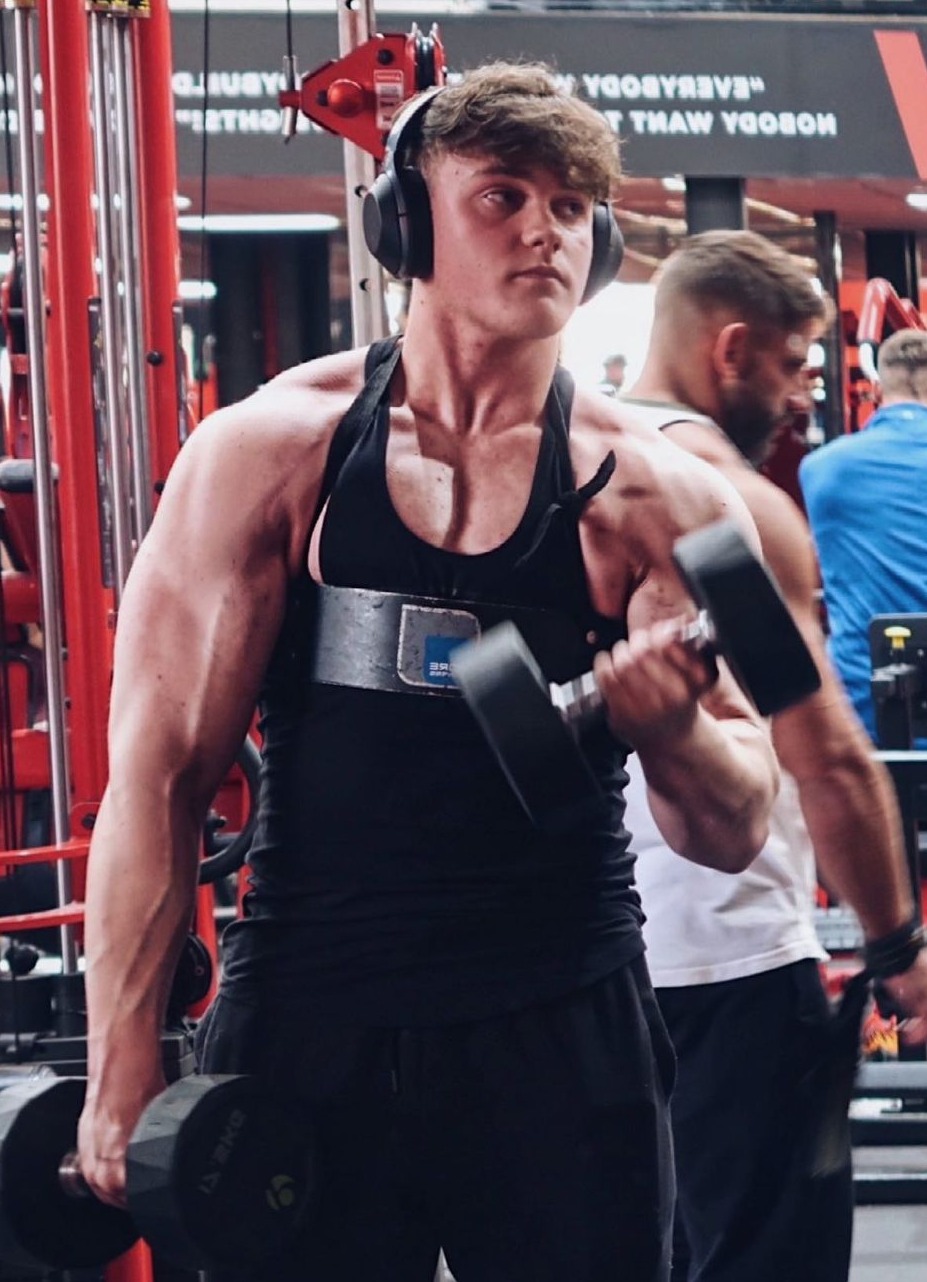 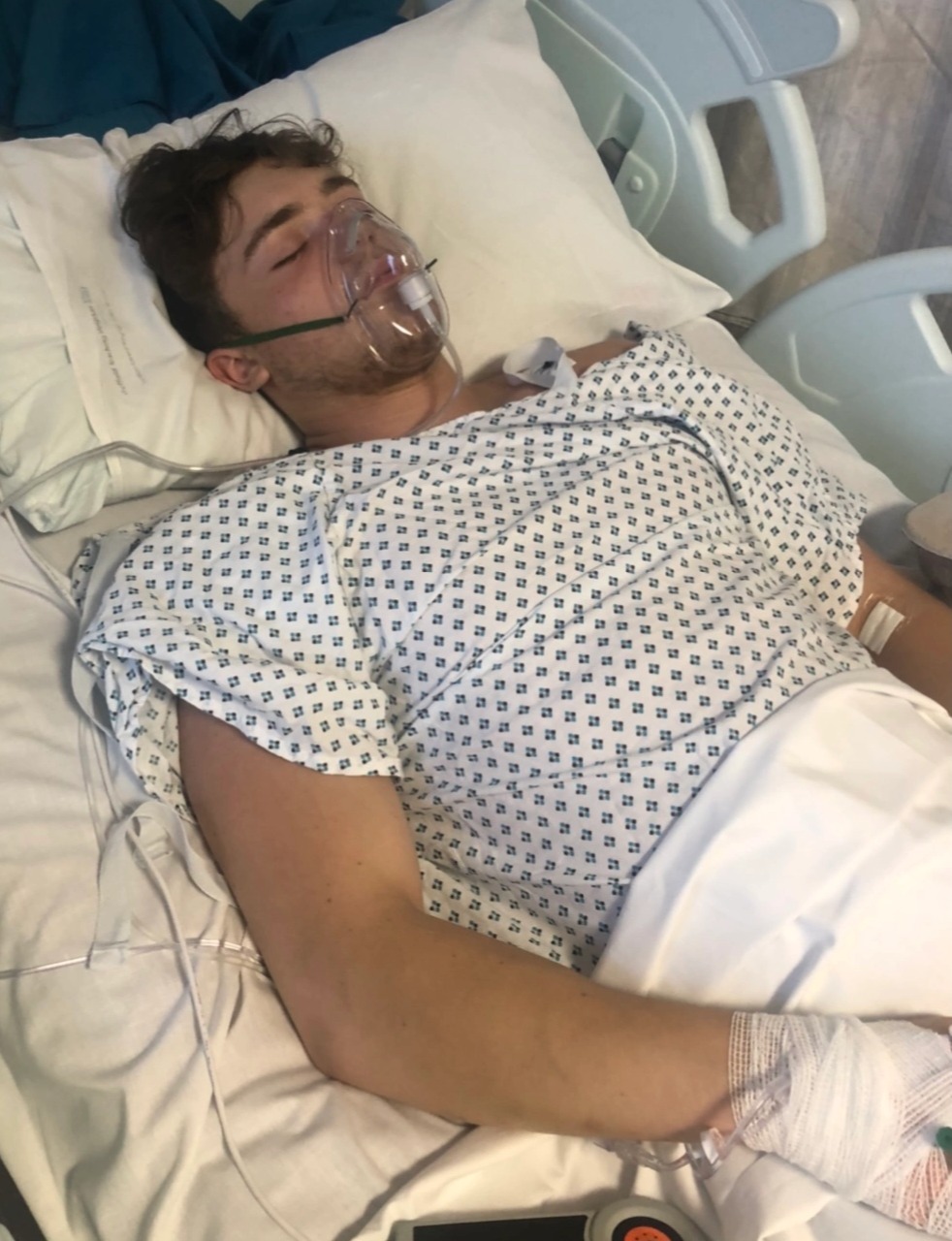 But when he woke up one morning in late August, the then 19-year-old had lost the ability to walk due to numbness in his legs.

Brandon’s mum, Clare Hackett, thought if anything, it would be a slipped disc or a trapped nerve.

Clare, 47, of Barnsley, South Yorkshire, told The Sun: “We had gone back and forwards to the doctors who said it was likely an overworked muscle and to take painkillers and use hot and cold compression.

“He was given physio which helped a little.

“I knew there wasn't something right because a pulled muscle heals in a couple weeks. But we never thought it would be what it turned out to be.

“One Monday he had very weak legs, it came on very quickly. By the Wednesday – September 1 – he was very wobbly.”

Clare took Brandon to A&E where it was decided he should have an MRI scan the next morning.

She said: “He didn’t even want to go to the doctors, stay in the hospital or have the MRI. He wasn’t panicking. I’m glad I made him stay because he could’ve ended up paralysed otherwise.”

Scans revealed that Brandon had a mass on his spine and he was transferred to Sheffield Northern General Hospital to have emergency surgery.

By this point, the young man – who was learning to drive and was due to start a personal training course – had lost all movement in his legs.

And there was more bad news to come.

Clare said: “After the surgery, doctors said it was some kind of cancer.

“We just thought this would be some kind of sports injury. Never in a million years did we think it would be like this.

“There were no symptoms at all, other than his bad back.”

Initially doctors thought Brandon had non-Hodgkin or Hodgkin lymphoma cancer, and the family was told it was “very curable”.

“But then a week later they said it wasnt that, and we were back to square one,” Clare said.

“He couldn't start chemo treatment because they didn't know what cancer it was.”

Bone specialists at the Royal Orthopaedic Hospital in Birmingham investigated the one per cent possibility that Brandon had Ewing sarcoma.

The diagnosis was confirmed a few weeks ago, making Brandon one of no more than 100 cases of Ewing sarcoma per year in the UK and Ireland.

Ewing cancers can affect the bone or soft tissue surrounding it, most often the spine, pelvis, ribs and legs.

The symptoms of the cancer, usually seen in under 30-year-olds, can include bone pain, a lump, a high temperature, fatigue and unintentional weight loss.

When it affects the spine, it can cause paralysis and incontinence.

Brandon’s surgery removed part of the tumour that was compressing the nerves in his spine, and he was able to get enough movement into his legs to stand using an aid.

But his specialist has since said the tumour is growing back because it is aggressive.

“Brandon’s not walked since the beginning of September. He's lost so much muscle because he's not using his legs.

“Sometimes he’s positive and other times he’s not. Dealing with cancer is one thing, but dealing with an inability to use his legs and needing a wheelchair is another. He finds it so frustrating.”

Brandon has now been able to start chemotherapy to shrink his tumour and is planned to have it every two weeks at Elizabeth Hospital Birmingham – two hours from his mum’s home.

Clare said: “He’s lost some hair due chemotherapy and the steroid drugs have made his face a little chubbier. But he still looks like Brandon.

“I saw him for the first time in three weeks on his 20th birthday, on October 7th, and I was allowed to stay with him in hospital for two nights.

“No one wants to see their child in that situation. I find it hard to stay positive but it’s always in the back of my mind. It’s there when I wake up and I can’t sleep very well.”

Ewing sarcoma can spread to other parts of the body quite quickly, the NHS says.

Clare said Brandon – who has seven full, half or step-siblings – was diagnosed in the early stages and there is no sign yet that the cancer has spread.

The family, including Brandon’s girlfriend Paige, have been fundraising to make wheelchair-friendly adaptations to his dad’s home, where he is currently living to be closer to Birmingham hospital.

You can donate to the GoFundMe page here, and watch Brandon’s treatment journey on his Instagram and TikTok. 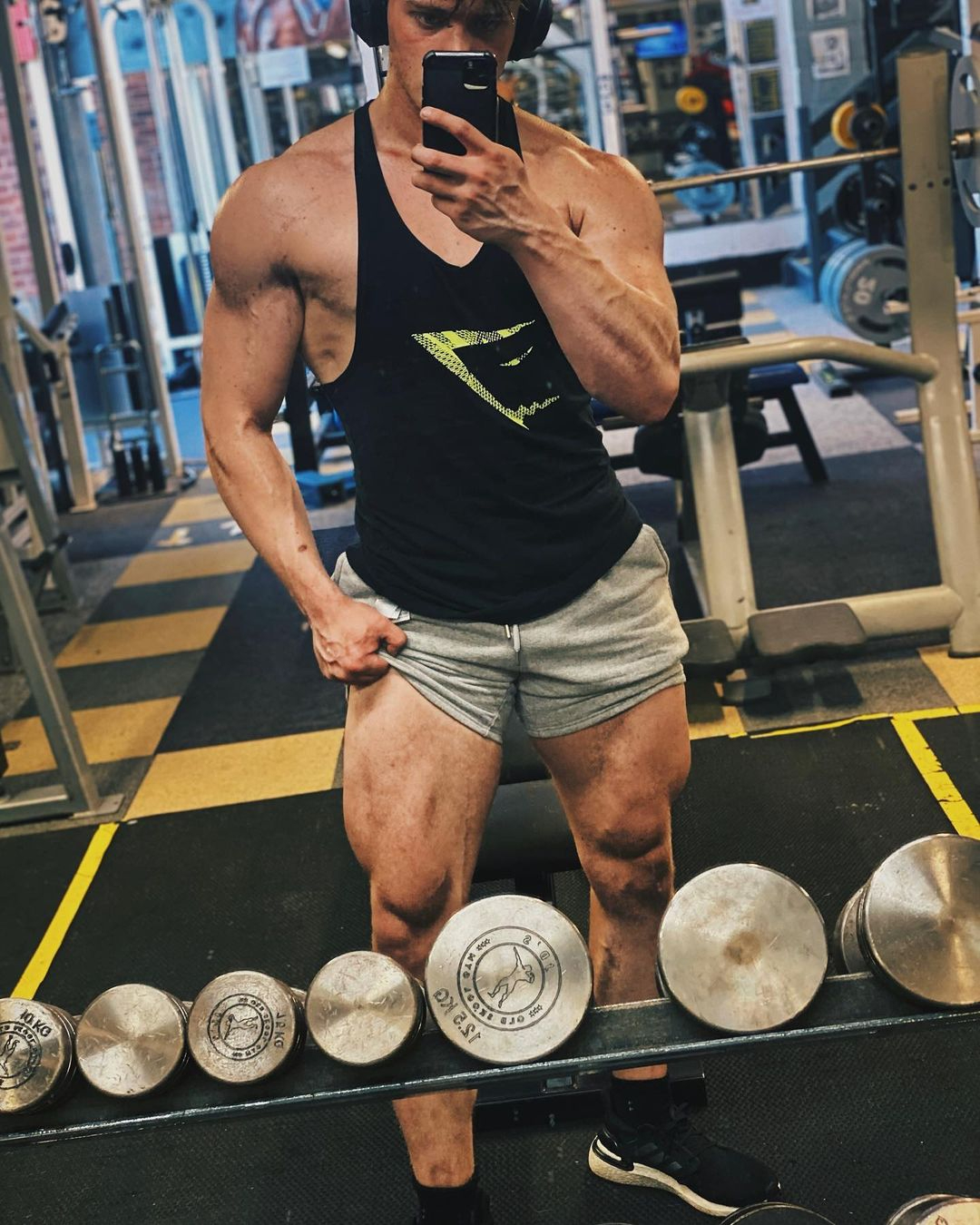 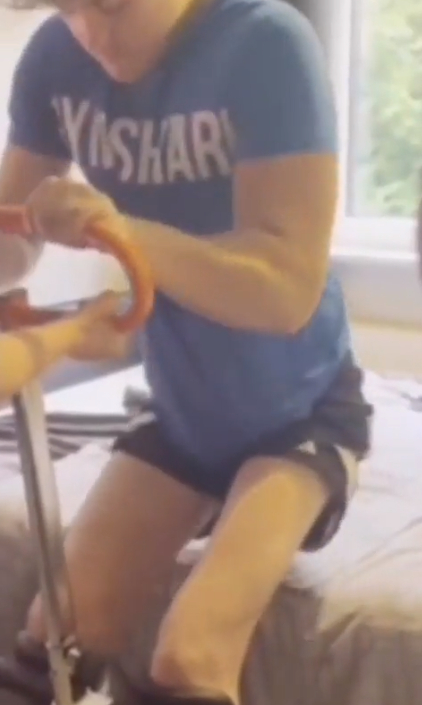 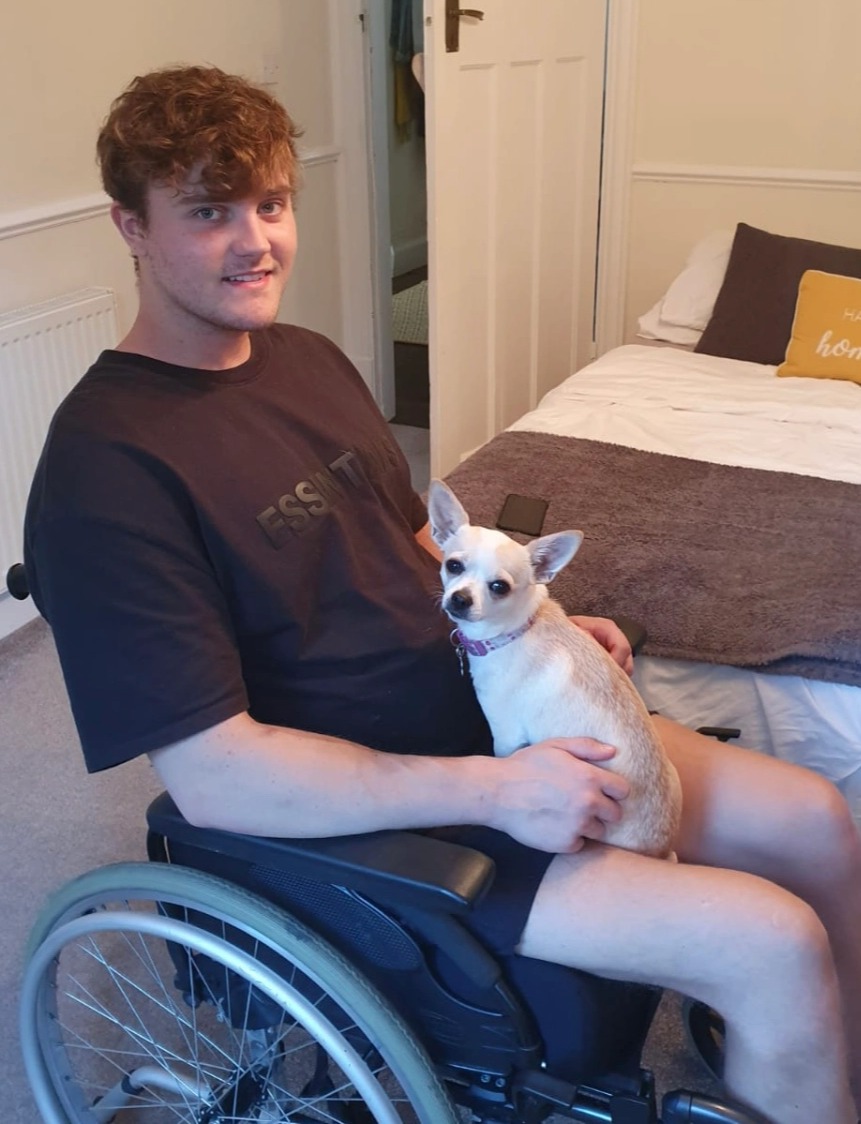 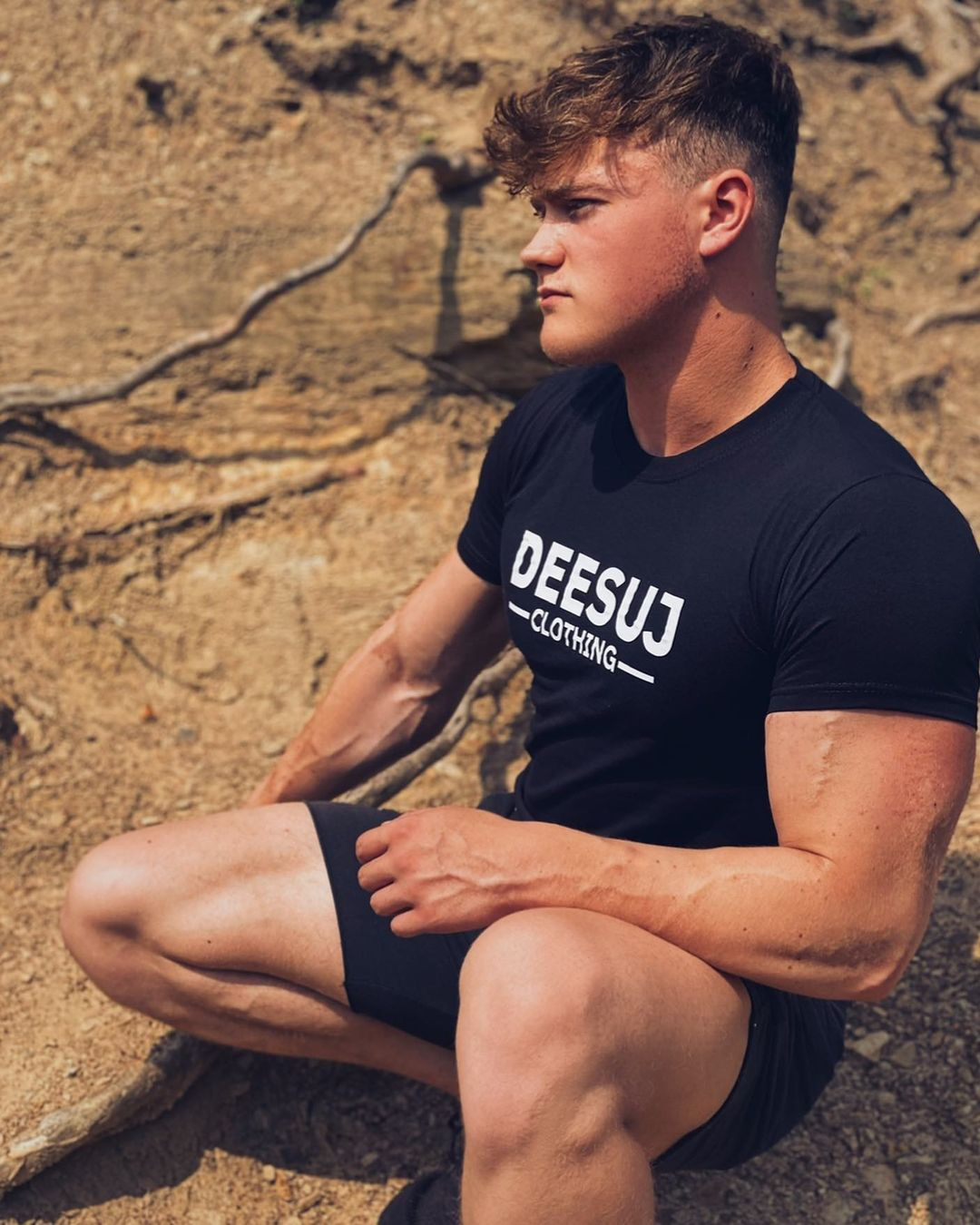 Ewing sarcoma is diagnosed no more than 100 times in the UK and Ireland every year.

The legs (often around the knee), pelvis, arms, ribs and spine are the main areas affected.