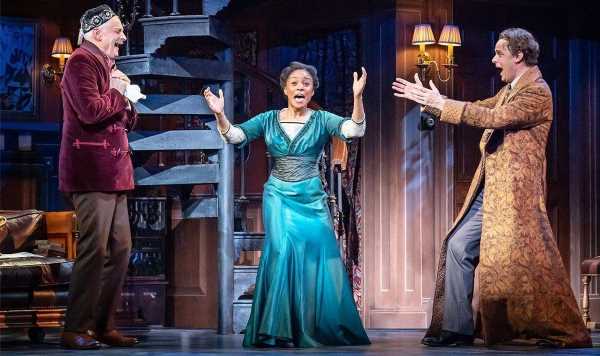 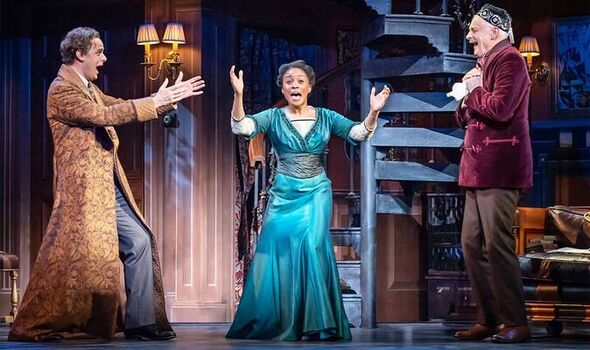 The big news on this side of the Pond is the casting of the first black Eliza Doolittle, although, frankly the only thing anyone should be talking about is how magnificent Amara Okerteke is. No frail wisp, she snarls and roars as the Cocker-ney flower seller desperate to improve herself. She also trills the likes of I Could Have Danced All Night or All I Want beautifully. Her inner strength on the bumpy road to rounded vowels is charmingly charted and her final apotheosis is magnificent and rather moving.

The plot has always been problematic, two posh older chaps patronisingly Pygmalioning a young working-class girl purely for their own amusement.

This production retains the original constant insulting of Eliza’s class, which is still mainly played for laughs but becomes increasingly tricky for modern audiences as the years pass, as well as the unapologetic insensitivity to her feelings. However, it leavens it all with the affection both men start to feel (one rather more unwillingly) for her.

I have always struggled with the ending of the film but a radical revision (and I normally detest radical revisions) beautifully and sensitively handled by the two leads, was the absolute highlight of the show.

There is strong support all around from Vanessa Redgrave’s stately Mrs Higgins joyously crowing for Eliza’s final triumphs to Malcolm Sinclair’s rather sweet Colonel Pickering.

Sharif Affifi’s puppyish (and golden-voiced) Freddy Eynsford-Hill delivers a delightful On The Street Where You Live but is so hopelessly gauche that he is never remotely believable as a serious contender for Eliza’s affections.

Maureen Beattie’s deliciously droll housekeeper savours every roll and withering reply while special note must be given to a sublimely scene-stealing Tom Ping as a gloriously lugubrious footman.

A strong supporting ensemble effortlessly switch between bawdy common folk on a riotous Get Me To The Church – complete with cross-dressing capering – and refined upper crust ball and racing scenes.

Most of the exterior sets are a smartly done but sometimes a little underwhelming, two-dimensional frontings popping down and up like cardboard cut-outs. However, Higgins’ study is a handsomely galleried splendour of polished wood and leather, a life-size dollhouse rotating to reveal the entrance hall, bathroom and patio.

Catherine Zuber’s costumes are undeniably classy and there was some applause for Eliza’s final bejeweled Embassy Ball concoction. The Ascot races group scene was mutedly tasteful but you might yearn for the exquisite excess of Cecil Beaton’s glorious creations from the film. There were some fabulously plumed hats but no real ‘wow’ moments.

Indeed, the whole production and pacing is a little too elegant, gliding elegantly along like a swan you might admire on nearby river, but never really making a splash.

It wasn’t helped by the obvious sound issues on opening night, sometimes a little shrill, other times muffled. Okereke in particular, was never loud enough, often lost in the group numbers. This absolutely robbed her of vital emotional connection and impact with the audience. She hit some sublime high notes, but I never really felt them. The ENO orchestra did a fine job with the sumptuous score but, again, it never truly rattled the rafters and raised the roof. It’s a great pity.

It also makes reviewing rather tricky. Based on the experience, it’s a solid three stars, but assuming technical issues are already sorted it should handsomely and happily be four stars.

MY FAIR LADY AT THE LONDON COLISEUM TO AUGUST 27