This week I discovered my nine-year-old daughter is a self-declared “atheist”. While also an avowed believer in Santa Claus.

It was a conversation that left me dumbfounded. 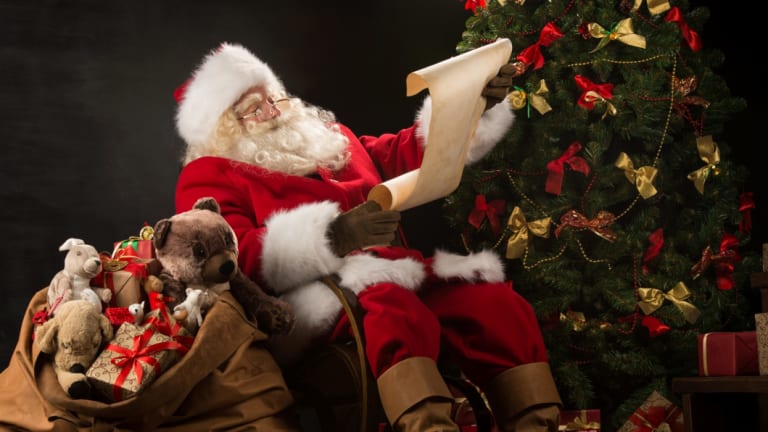 Santa Claus: is he real?Credit:123rf.com

When did kids become so smart they confidently assert the non-existence of a supernatural creator?

Yet so conditioned, they also believe in a jolly man in a red suit who flies around the world on a sleigh with magic reindeer delivering presents to all the children.

This is not a rant about our schools or some new take on the Curriculum Wars. Most children inherit their religious beliefs from parents. How did we let this happen?

Strictly speaking, my daughter is not really an “atheist”. She has simply replaced the deity she was christened to follow, Jesus Christ, with another, Santa Claus.

For all its failings Christianity offers a far more sophisticated moral framework than Santa Claus.

Santa knows who has been “naughty and nice” and delivers gifts according to a formula where “nice” children get gifts and “naughty” ones miss out.

For all its simple appeal, it is a belief system that celebrates materialism and all things plastic – it instils a transactional view of morality. Something more substantial is clearly required. But what? 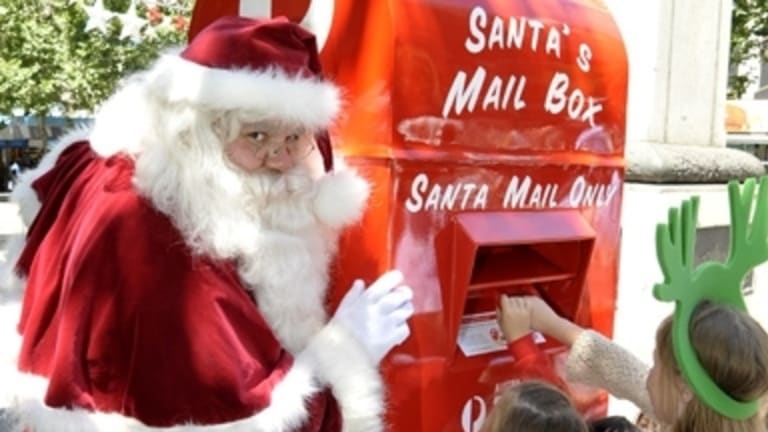 The evolutionary biologist and atheist Richard Dawkins actually argues for the teaching of religion in schools, for the same reasons children are taught history and politics.

He believes by learning about the origins of myths and the histories of various religious institutions children will better understand the modern world. They also learn critical thinking: all religions are different and they can’t all be right, so maybe none are right.

Dawkins’ logic only gets you so far. According to his logic the Santa Claus myth should be blown up just like all other religious fantasies. But then what?

It still does not help instil a moral framework for living, or answer a child’s questions about the origins of existence and the meaning of life.

I was baptised Catholic and attended church every Sunday for the first 20 or more years of my life. All those years on my knees praying to an imaginary friend up in the sky. Was that such a bad thing? I was reflecting on my life in a systematic way. What I was doing right and wrong, who had I helped and who had I hurt and how could I live my life better.

It is completely appropriate that religious education is not forced on children in public schools. But more effort should go into considering what replaces religious instruction in the home and community.

I am deeply heartened that my daughter has joined a group of volunteers at her school who help recently arrived refugees. There is also a kids' environment group that works on cutting down disposable waste and the environmental footprint of the school. The children also learn mindfulness through silent colouring, meditating and listening to peaceful music.

I suspect I am not alone in all this. The 2016 census had more responses for “no religion” than any actual religion – the first time that this has happened. The people declaring “no religion” has almost doubled over the past decade. And is significantly higher in younger people.

For my part, I am going to have more structured conversations with my children about philosophy and the difference between right and wrong. Philosophy can be a vital part of a life well lived, even for children. Indeed, it allows us to ask the question of what a well-lived life even is. Socrates told us “the unexamined life is not worth living”. His axiom is as true today as it was in 399 BC.

I am also resolved to use children’s books more as a vehicle for ethical teaching. Good children’s stories are full of ethical dilemmas and moral lessons for children to learn, from the simple to the profound. The legendary Dr Seuss tackled problems of racism, environmentalism, the arms race, fascism and even the nature of knowledge.

The next time my daughter asks, I am going to tell her the truth about Santa Claus. She is nine and if she is asking the questions then she is ready to know. No more elaborate lies about which of the three Santas at the shopping centre is the real one.

I am also going to put more effort than ever into celebrating the spirit of Christmas, time with family and loved ones. Put the devices down, turn off the screen, and spend some valuable time being present with the people you love.

This weekend I am taking my family to the Cathedral for Christmas Mass. The children have all been baptised Catholic, so they have to let us in.

I don’t know if there is anything “up there”. But I know there is a spiritual connection in gathering together with other humans. The kids enjoy the music and the hymns. And I still know all the words.

Nicholas Reece is a Principal Fellow at the University of Melbourne and a Melbourne City Councillor.