Businesswoman, 35, who posts racy snaps on OnlyFans reveals loved ones have blocked her online and she’s been called an ‘unfit mother’ because she does it to feel sexy and doesn’t need the money

A mother, business owner and self-confessed exhibitionist has revealed how her love for sex helped her company thrive and has even led to her joining OnlyFans.

Emma Hammond, 35, from Jersey, loves posting on racy site Only Fans – even though she’s been told her risqué content makes her a bad parent to her four-year-old son.

However, she is defiant in the face of abuse, explaining that being on the site is empowering – and that mothers should be allowed to be confident and open about sex.

‘I’ve absolutely had people trolling me,’ she explained. ‘They tell me that I’m an unfit mother, that I don’t have any morals and that I shouldn’t even be allowed to have children. All because I’m on OnlyFans. It’s such a low blow. I think I’m an amazing mother.’ 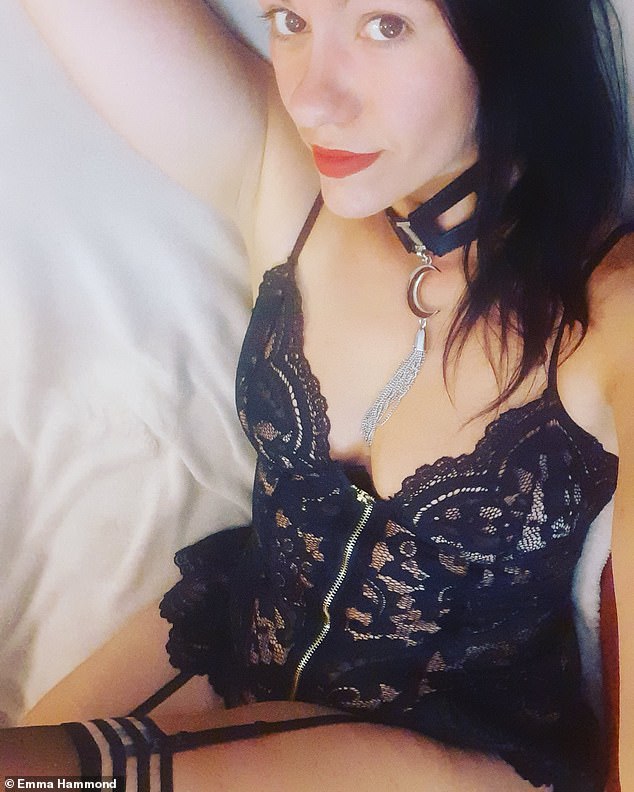 Emma Hammond, 35, from Jersey, loves posting on racy site Only Fans – even though she’s been told her risqué content makes her a bad parent to her four-year-old son 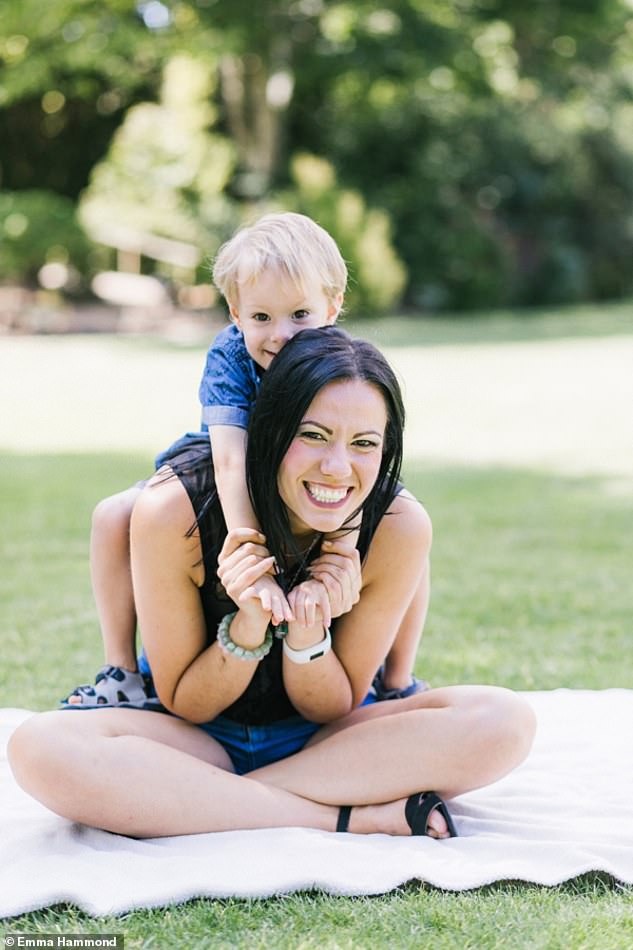 Emma Hammond, 35, from Jersey, (pictured) admits she has always loved sex and exploring her sexuality and her passion even came in handy when she set up her business

The mother-of-one says she’s always loved sex and exploring her sexuality, but felt that she had to hide that fact when she set up her own digital marketing agency -thebusinessautomationlifestyle.co.uk – in 2017.

‘I wanted to work for myself to be home with my son,’ she explained. ‘And I thought that meant I had to put on this very bland “professional” front.’

‘It took a year before I realised I wasn’t being successful because I wasn’t true to myself. I’ve always loved sex – I’m a very kinky person. I decided that I needed to let that side of me out.’

‘So, I started talking about sex. When I was working with clients, I’d compare marketing techniques to orgasms or sex toys. My business started to boom. 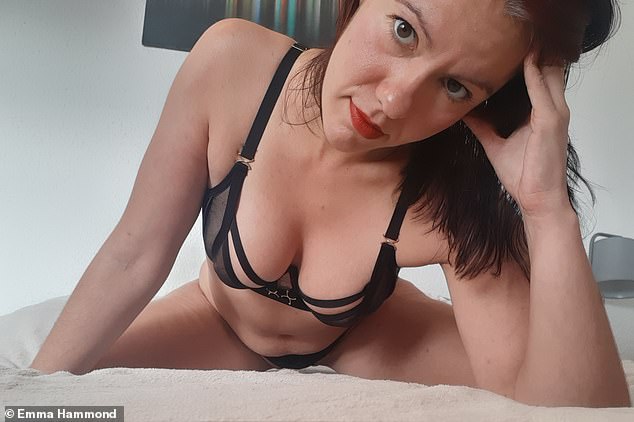 The mother-of-one joined OnlyFans in the summer and has made £400, but says she does it for her own enjoyment and not to earn money 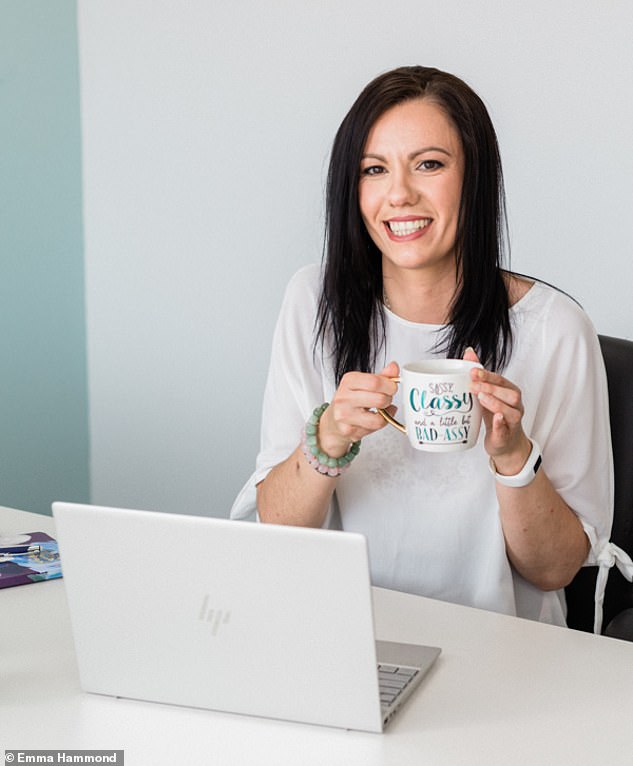 Emma, pictured, started up her own marketing business in 2017 so she could work from home with her son, but felt she had to hide the sex-loving part of herself 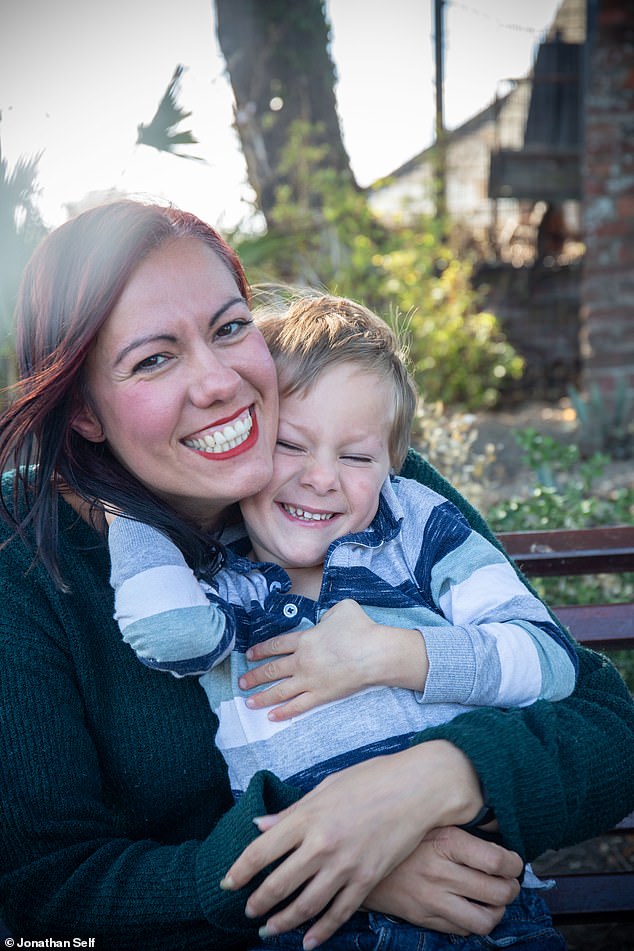 Emma is determined to ignore the hateful comments she receives about whether or not she is a good mother to her four-year-old son and will continue to do what she loves. Pictured: Emma with her son 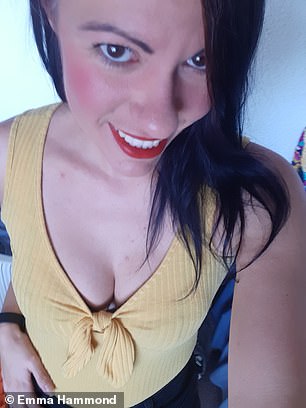 After a year of trying to make the business a success but struggling to do so, Emma (pictured) decided to embrace the hidden part of herself and as soon as she did, her business began to boom

‘My clients, who run all kinds of businesses, really responded to the fact that I was being truthful about who I really was. Not everyone was happy.

‘Family, and friends I’d known for a really long time, started to delete or block me on Facebook. I had strangers trolling me.

‘I learnt to just ignore the abuse. I knew that being open like this was the right thing for me to do.

‘Fast forward to June 2020. One of my followers on my business Facebook page said “you should start an OnlyFans page.” I’d never heard of it.’

Emma looked on the site, which was launched in 2016 and now claims to have 450,000 content creators. 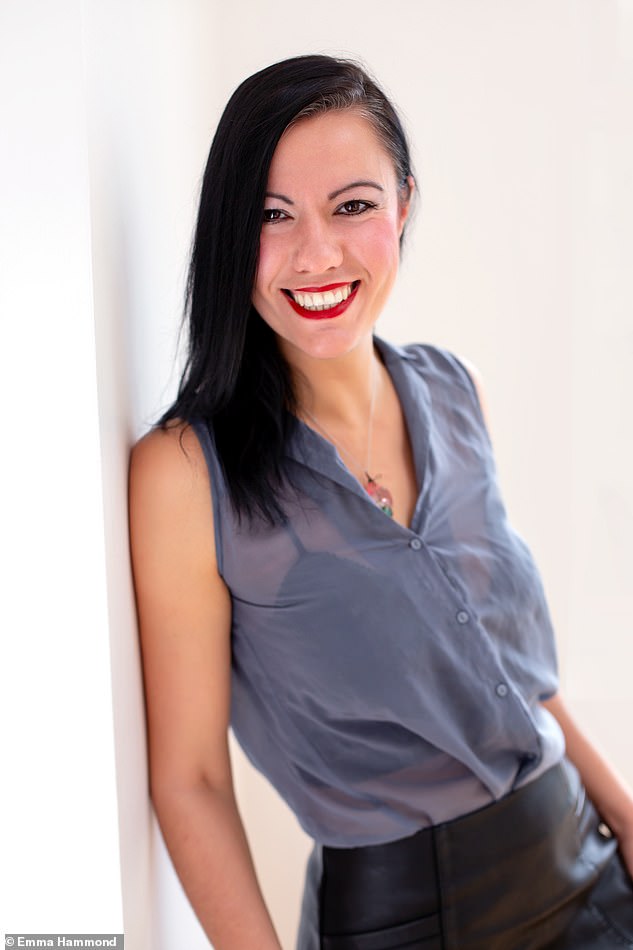 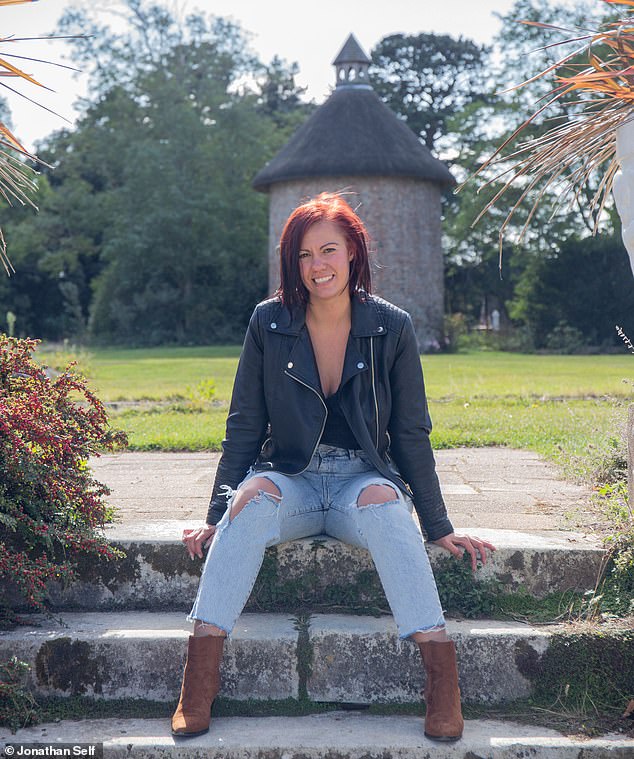 During meetings with clients Emma, pictured, compares marketing techniques to orgasms or sex toys which her associates responded really well to

Celebrities including Kerry Katona, Cardi B, Blac Chyna and Bella Thorne – who made an eyewatering £1.5 million in just one week.

Users set up an account and upload pictures or videos they’ve made. They set the price for subscribers (or ‘fans’).

‘As soon as I checked it out, I knew I’d join,’ she said. ‘It looked so fun to be able to create sexy pictures and videos – which I was doing for myself anyway – and put them online.

As she created her OnlyFans account – Queen Of Kink – and uploaded the first few pictures, Emma took a deep breath.

‘I was really excited,’ she explained. ‘I knew that I was going to get abuse but said screw it. I don’t want judgmental people in my life. I’m being true to myself.’ 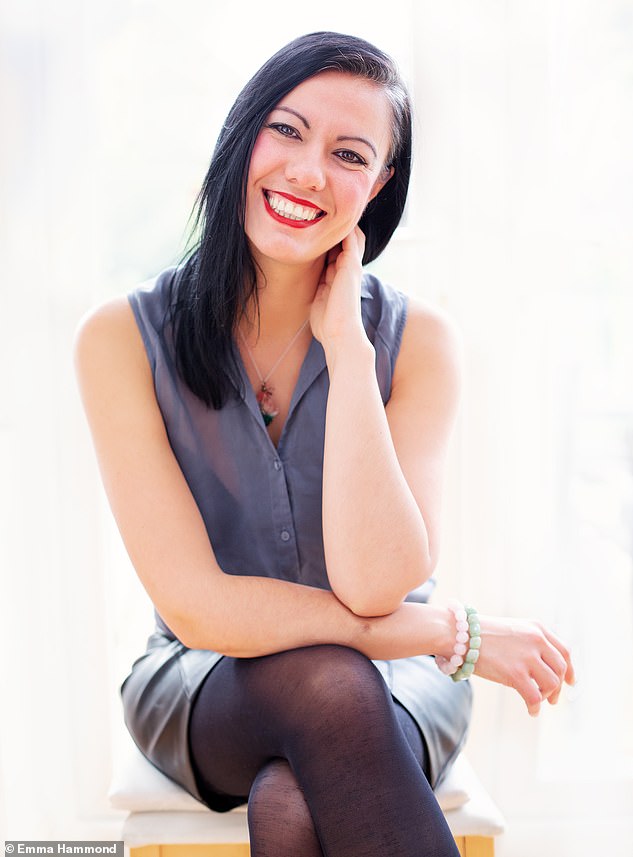 And it is not just on OnlyFans that Emma, pictured, has experienced online abuse – with family, and friends starting to delete or block her on Facebook and strangers trolling her 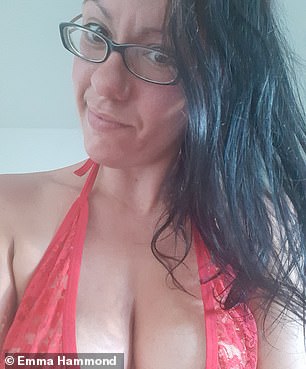 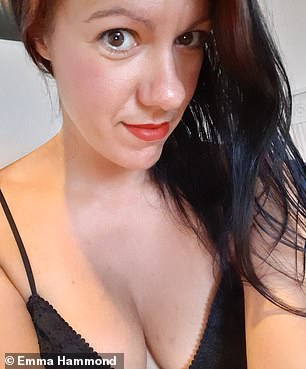 In June 2020, Emma (pictured) joined 450,000 other content creators on OnlyFans after one of her followers on her business Facebook page suggested it

Almost as soon as she joined, the negative comments began.

‘Some people are really rude,’ she added. ‘Just because they’ve paid doesn’t mean that they can demand whatever they want.’

But the thing that angered people the most? The fact that she is a mother. And the nasty comments came both from people she knows and complete strangers.

While her son has just started school, Emma doesn’t worry about other parents or teachers, knowing about her page.

‘I’m incredibly proud of being on the site,’ she said. ‘When my son is old enough I’ll be very open and honest with him about it. I want to teach him to have respect for women, regardless of the decisions they have made.

Emma says that being a mother who clearly loves sex seems to be a big trigger for people.

‘Mums are not allowed to have sexual desires, and we’re certainly not allowed to be an exhibitionist about them,’ she explained. ‘As soon as you have children it’s like women are meant to keep that side of themselves hidden.

‘If I’d joined OnlyFans to make money to feed my son, maybe people would understand it. But because I’m doing this for my own enjoyment, that drives some people crazy.’

‘I don’t do it for the money. I now have around twenty subscribers and have made more than £400. That’s from both people subscribing and from people sending me tips. 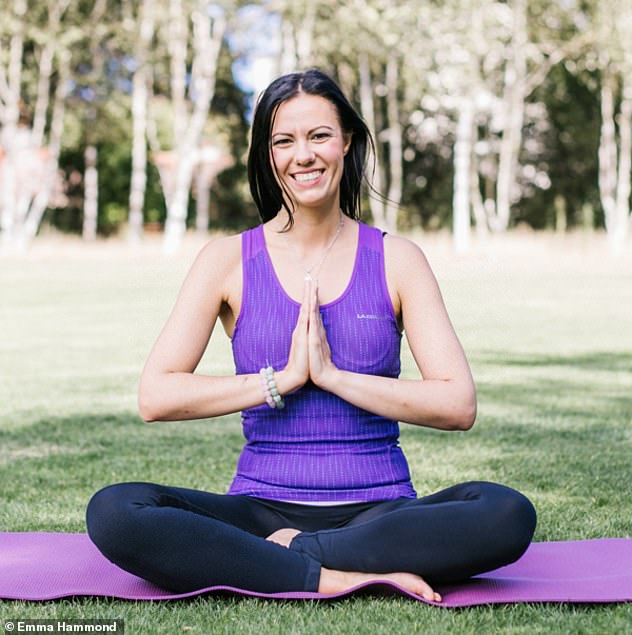 Emma (pictured) admits that while she was setting her first post live on the site, under the username Queen Of Kink –  that she knew she would get abuse but said ‘screw it’ 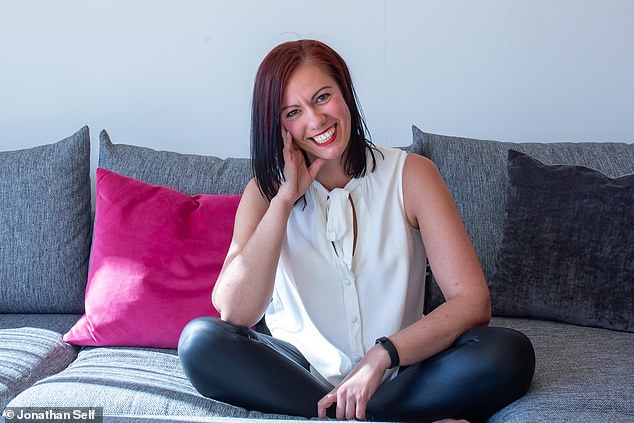 Emma, pictured, sreceived hate comments straight away but she is determined to not let it get her down and plans to teach her son to respect women, regardless of their choices in life

‘Each new subscriber, every new message, I get so excited. It’s not about the money for me. I genuinely have fun.’

Emma expects that speaking out may bring the criticism closer to home.

‘My family don’t know that I am on OnlyFans, and I expect that they will not like it,’ she said. ‘But they love me and I know that they will be there for me, even if they don’t like the decisions that I make.

‘If speaking out helps other mothers feel more comfortable about expressing their sexuality – that would be amazing. I’ve felt so empowered by doing this. I just want other women to feel the same.’