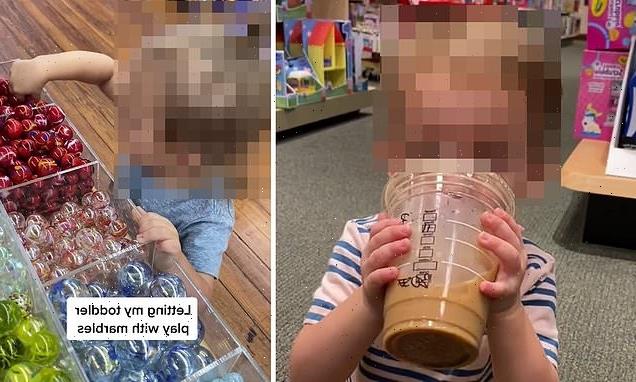 A mother-of-four has shared the unique parenting strategies she employs that are considered ‘controversial’ by mainstream society.

Mara, who runs the TikTok account ‘The Amazing Mara’ from her home in Texas, took to the platform to share her ‘gentle’ parenting techniques with her thousands of followers.

‘Things I do as a parent that others don’t agree with,’ she captioned the video, which has since been watched by 2.1 million people.

She started by saying that she allows her kids to drink coffee, before cutting to a video of her young son downing a Starbucks order. 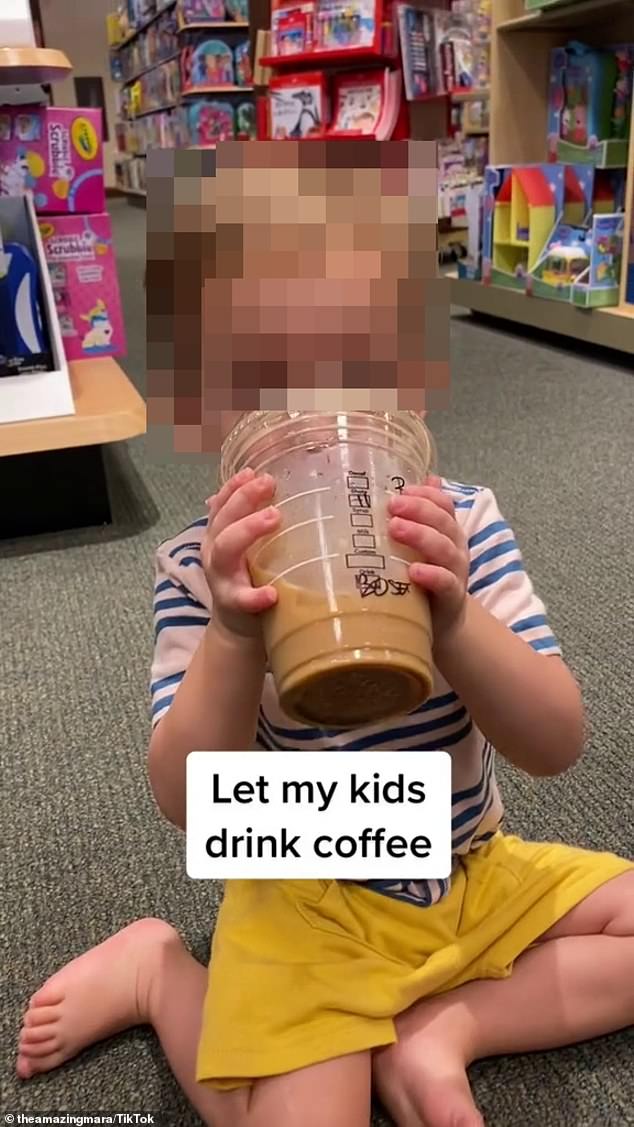 Mara, who runs the TikTok account ‘The Amazing Mara’ from her home in Texas, took to the platform to share her ‘gentle’ parenting techniques with her thousands of followers (pictured: her son drinking coffee)

Some things I do that others don’t agree with. I could’ve made this video so long lol #controversialopinion #barefooting #naturalmom #crunchymom #boyscanweardresses

Mara also allows them to be barefoot in public, even in public bathrooms, to play with marbles, have showers outside and doesn’t force them to share their possessions with siblings.

‘They can eat sand, play with marbles and I’ve allowed my daughter to shave her head,’ she said.

Plenty of her faithful followers were quick to criticise her approach, labelling it ‘lazy parenting’.

‘You’re right,’ commented one person. ‘I don’t agree with some.’

‘OK, I personally think this is fine. I will never let my kid in the future do this, but it’s your way so I support,’ said another.

‘But many of those are safety concerns,’ said a third.

One person said: ‘You obviously don’t have kids and don’t know how kids are with each other. They’re gonna be outcasted in their peer group and it’s sad to see.’

In a supplementary video Mara also confessed to co-sleeping with each of her children from birth and allowing them to ‘self wean’ from breastfeeding.