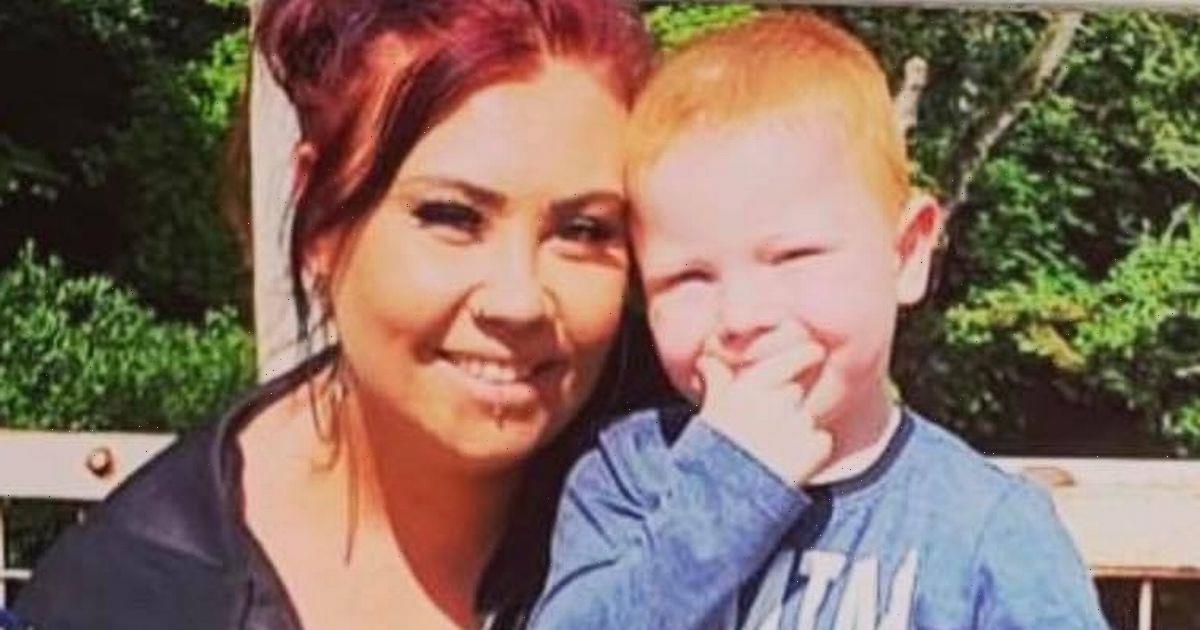 After applying “darker than dark” lotion all over her skin, Hannah Lacey fell asleep in front of the telly.

She was cuddling five-year-old Kai at the time, which is how the amusing mishap happened.

When the 29-year-old woke up the next morning, she realised her son’s face was covered in fake bake.

Kai had a darker patch on his face – and it wouldn’t come off when the mum-of-three tried to scrub it away.

Hannah, a tattoo shop piercer from Yorkshire, had to warn her son’s school about the blunder before sending him in for lessons.

She said: "I didn't get to sit out in the nice weather last week so I've faked tanned ready for the heatwave.

"I did my darker than dark tan last night and shared a bed with Kai.

"We had lovely cuddles and fell asleep watching telly together.

"The next morning I woke up early to grab a shower and wash off the top layer of the tan.

"I noticed I had a patch down my arm that was a bit lighter and I didn't think much of it until my son followed me to the bathroom and I saw his face.

Hannah added: "I didn't even notice his arm until I was about to get him dressed in his uniform.

"I just knew instantly it was my tan as he was the identical shade of my arm.

"Kai found it hilarious and didn't want me to try scrubbing it off however due to school I took as much as I could off.

Thankfully the school was able to see the funny side – and fellow parents found the fake tan fail equally as amusing.

Embarrassed Hannah, of Colburn, near Catterick, added: "I rang in and told them what happened.

"The receptionist said she would tell his teacher he isn't dirty for me, but only after she stopped laughing down the phone.

"I didn't really realise so many mums relate to it didn't think it would get this much attention."