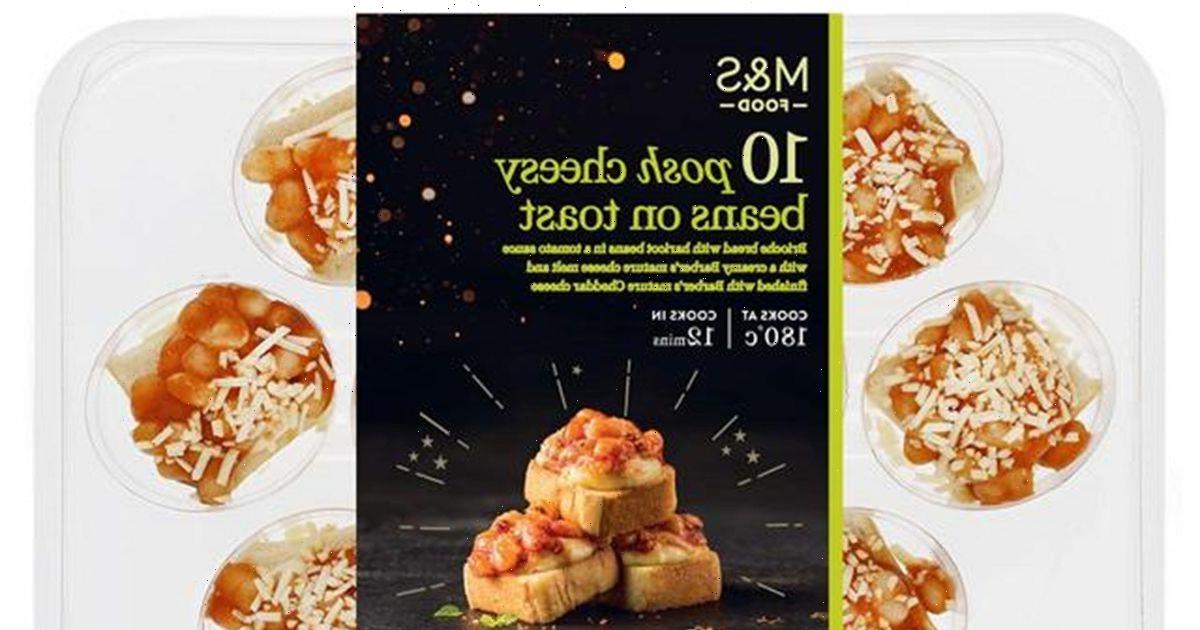 Christmas is only a little over a month away – so ‘tis the season of buffets.

From mini pizzas to cocktail sausages, putting on a picky spread is one of the reasons why the festive season is so great.

So M&S have jumped on the buffet train and are offering a luxurious take on one of the nation's favourite foods.

Usually munched on as a quick British breakfast, M&S have transformed the baked bean based meal into a classy canapé.

Not only are the baked bean bites posh by name, they are also posh in price.

For 10 of the little cheesy baked bean toasts, they will set you back a whole £5.

And, they even take 12 minutes to cook in the oven.

Well, that is the fanciest baked beans on toast we have ever seen!

Startled at M&S’s newest buffet food, one shopper took to Reddit to share their horror at the ‘lazy’ snack.

Equally as taken back by the unusual buffet food, many people fled to the comments to share their thoughts on the ‘posh cheesy baked bean toast.’

One person commented: “This looks like an April fools joke.”

A third person joked: “The italic posh font really added to its value.”

Someone else said: “I would like to know who do M&S think is serving beans on toast as hors d'oeuvres?”

Meanwhile, a fifth user remarked: “12 minutes? Takes less time than that to make it yourself”

Let us know in the comments what you think about the ‘posh’ beans on toast!