Mother whose son, 12, collapsed and was hospitalised after playing Fortnite for hours admits he’s STILL allowed video games such as Call of Duty

A mother whose son had to be hospitalised after playing too many video games, has been criticised by viewers of This Morning for her ‘lazy parenting.’

Vicky Winstanley from Lancaster appeared on the ITV morning show to reveal how her son, Nathan, 12, became addicted to Fortnite and ended up in hospital, after she found him unconscious after a night of gaming.

Blood tests failed to find out the exact cause of Nathan’s collapse, but Vicky said it hasn’t happened again since, as she’s introduced rules to limit his screen-time.

The mother can now disable her son’s console from her phone, and said that he now understands the dangers of playing for too long.

However, viewers despaired to learn the youngster is still allowed to play video games such as Call of Duty.

‘So she’s letting him get addicted to other games instead?’ one wrote. ‘Get the poor boy outside.’ 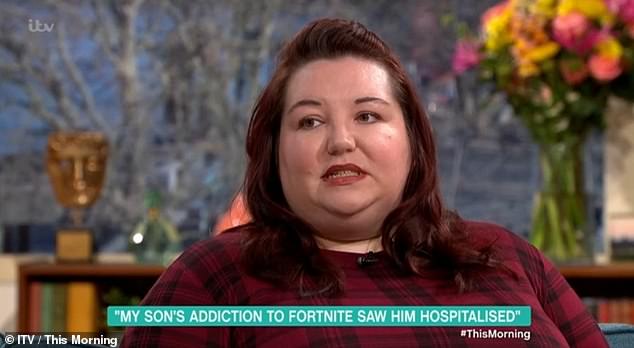 Vicky Winstanley, from Lancaster, said her son Nathan, 12, got addicted to video games when she put his gaming console in his room. 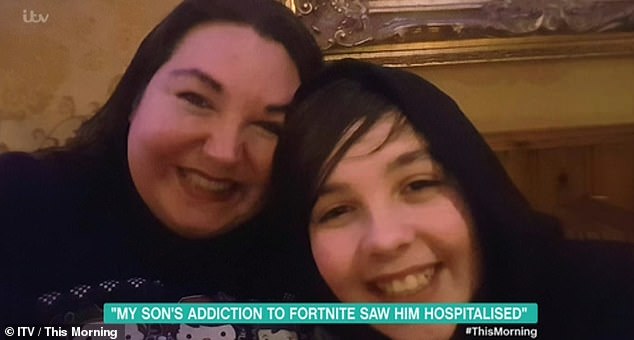 Vicky with her son Nathan. Nathan was admitted to the hospital after his mother found him laying on his bed, unconscious, after a night spent playing Fortnite

‘You never hear of removing the game console from their room and actually being a ‘parent?’ another commented. ‘Add some regulation and be a tough parents, not a pushover.’

Another viewer said that the parent should take responsibility for buying the games console in the first place, rather than expecting a child to self-regulate.

‘Absolutely disgusting and quite frightening that his woman allows her 12-year-old to have no life and be addicted to a fantasy world,’ commented another.

Nathan has been playing games since the age of two, according to his mother, but his really took hold when his mother placed his X-Box in his room after renovating the house.

Vicky said his son understood what had happened to him, but he’s now switched to playing Call of Duty

‘From the moment that he could go in his room and have his own space, he got really immersed into the game,’ she told Eamonn and Ruth.

After a few months, she realised that her son spent his nights playing, waiting until she was asleep and turning the volume down, in order to remain undetected.

Things took a turn for the worse after Christmas, when Nathan started showing signs on fatigue.

The young boy could not stay awake and had ‘no short term memory’, Vicky explained.

Nathan had to be admitted to the hospital after Vicky found him laying unconscious, with the game still on, one morning.

‘I walked in and it looked like he’d had a fit or seizure, but he’d just passed out,’ she said.

I had to call an ambulance, but the doctors don’t know what it is.’

Nathan underwent some blood tests that were inconclusive, and it’s still unclear what exactly caused him to pass out.

Speaking at a meeting on youth mental health issues, the father-to-be also claimed social media was more addictive than drugs or alcohol.

And he said parents were at a loss as to how to handle the challenges of digital media. ‘A game like Fortnite for instance may not be so good for children,’ he said.

‘Parents have got their hands up – they don’t know what to do about it. 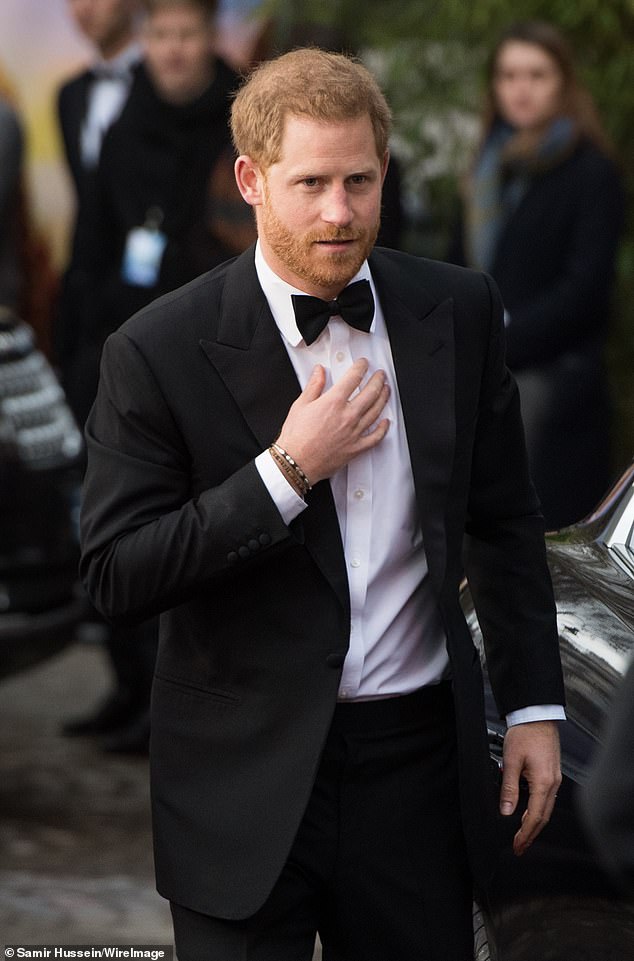 ‘It’s like waiting for the damage to be done and kids turning up on your doorsteps and families being broken. Fortnite shouldn’t be allowed. Where is the benefit in having that game in your household?

‘It’s created to addict – an addiction to keep you in front of a computer for as long as possible. It’s so irresponsible.

‘Growing up in today’s world, social media is more addictive than drugs and alcohol. Yet it’s more dangerous because it’s normalised and there are no restrictions to it. We are in a mind-altering time.’

Fortnite, which launched in 2017, is said to have 250million registered players, including England football stars Harry Kane and Dele Alli. It is free but offers paid-for extras – earning an estimated £1.8billion for its US developer Epic Games last year.

Although intended for players aged 12 and older, many younger children have become addicted.

Fortnite’s popular Battle Royale version sees 100 players pitted against each other, creating superhero avatars for a fight to the death using crossbows, rifles and even grenade launchers.

Harry’s comments about Fortnite and social media came a day after he and his wife, the Duchess of Sussex, launched their own Instagram site which has gathered more than two million followers in 24 hours. Kensington Palace had a photographer and a social media co-ordinator at yesterday’s event to create online content.

Aides rejected any suggestion of hypocrisy, saying that while the prince had no regrets about attacking social media, he also acknowledged that it could be a force for good and bring people and communities together when it wasn’t being abused.

Kensington Palace has been forced to take action against vile slurs being posted by trolls about the Duchesses of Sussex and Cambridge on its social media sites.

Speaking at the South Ealing YMCA in west London, Harry said: ‘We are in an exciting time because everybody in this room has an opportunity to actually make a real difference so that young people coming through are less connected to their phones.

‘They can be as connected as they want to be but they have to have human connection as well.

‘Without that human connection when you do have a problem you have nowhere to go and the only place you might go is online and you probably getting bullied.’