The return of cloth nappies: Mothers are spending up to £160 on colourful designs they can show off on social media – and one ‘influencer’ has a collection of 500

They fell out of fashion in the 1950s when the invention of the disposable nappy saved new mothers from a laborious and smelly task, but cloth nappies are now undergoing a surprising surge in popularity – thanks to the Instagram generation.

Young mothers are spending hundreds of pounds on cloth nappies in a bid to cut down on plastic waste and post pictures of sought-after designs on social media.

The craze for designer nappies – costing up to £160 each – has been dubbbed ‘cloth bumming’, with some fans reportedly collecting nappies like others collect handbags.

Mother-of-four Cecilia Leslie, 32, from Edinburgh has built up a stash of about 500 nappies and is now known as a cloth nappy ‘influencer’ with more than 22,000 Instagram followers. 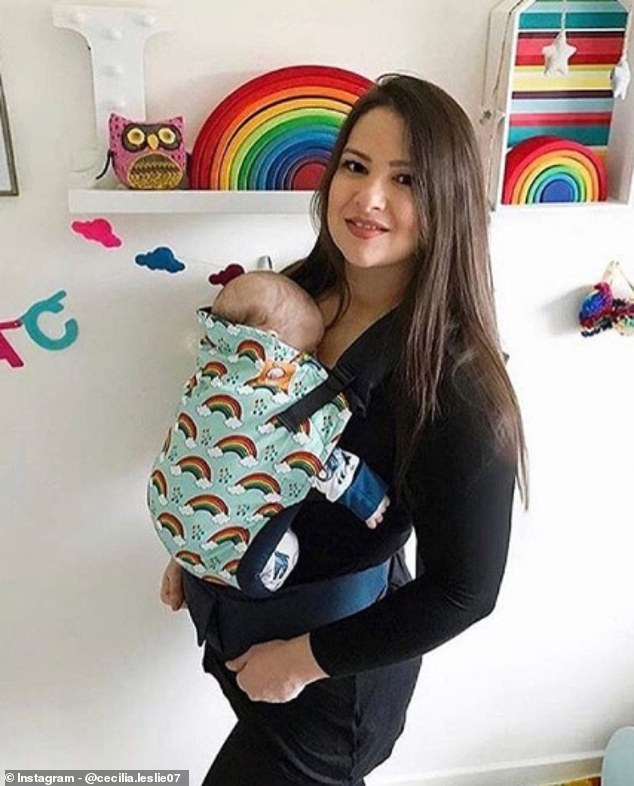 Cecilia Leslie (pictured), 32, from Edinburgh, has a collection of around 500 cloth nappies and has even become an influencer of Instagram because of it 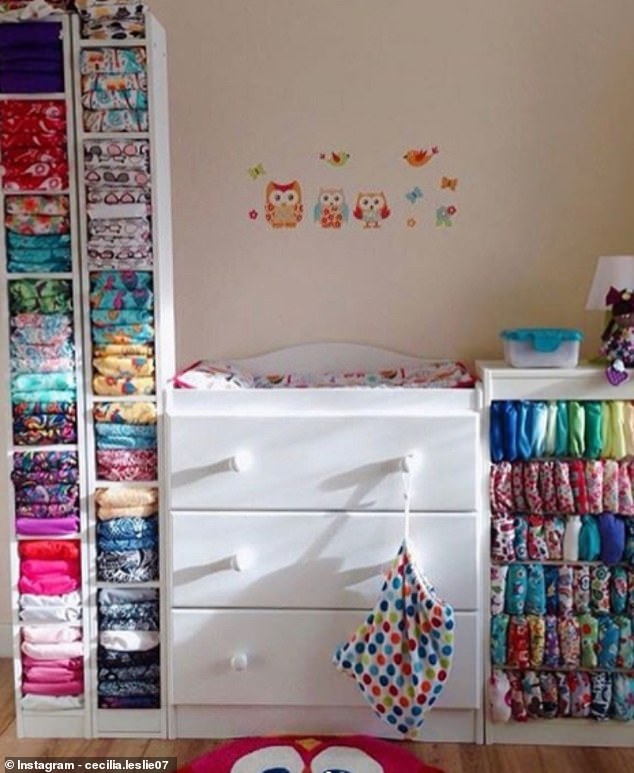 Cecilia originally set out on her ‘cloth journey’ to reduce plastic waste and save money but, over the years, collection has became a hobby.

She said: ‘I’ve got a lot of limited editions, which sell out quickly. It became a bit of a game trying to track them down – I used to source them from Canada, Australia and the USA.

‘I paid £60 for a limited edition print that TotsBots brought out when Prince George was born.

‘And I once paid £160 for a pair of limited edition Bumgenius nappies – there were only 100 made. 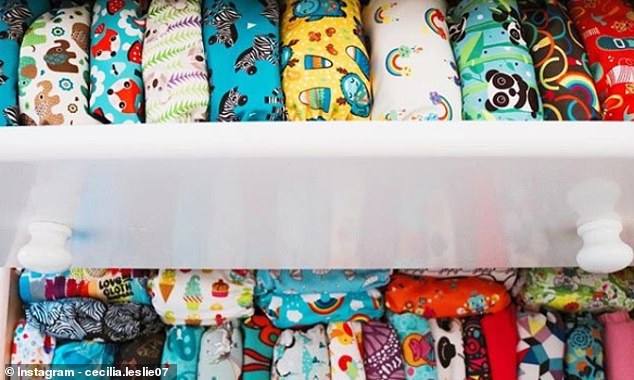 The midwife, who has four children, started to post her ‘cloth nappy’ journey on Instagram and has amassed 22,000 followers

‘It’s not producing landfill – once Isaac grows out of them I’ll sell them on and give other mums a chance to have a really good nappy in excellent condition. So overall it’s a positive thing – it’s not just a frivolous hobby.’

Last year Environment Secretary Michael Gove announced that ministers are planning a crackdown on disposable nappies to reduce the amount of plastic in the oceans.

He said the government would encourage people to move away from disposable nappies towards ‘sustainable alternatives’ such as cloth ones.

Almost three billion disposable nappies are thrown away in the UK each year, and are said to have a far greater impact on the environment than single-use coffee cups. 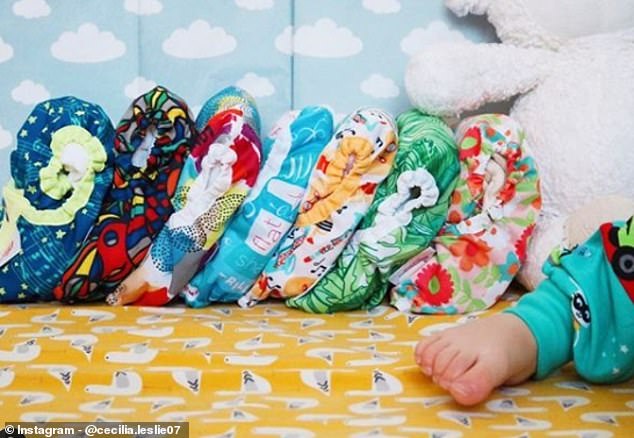 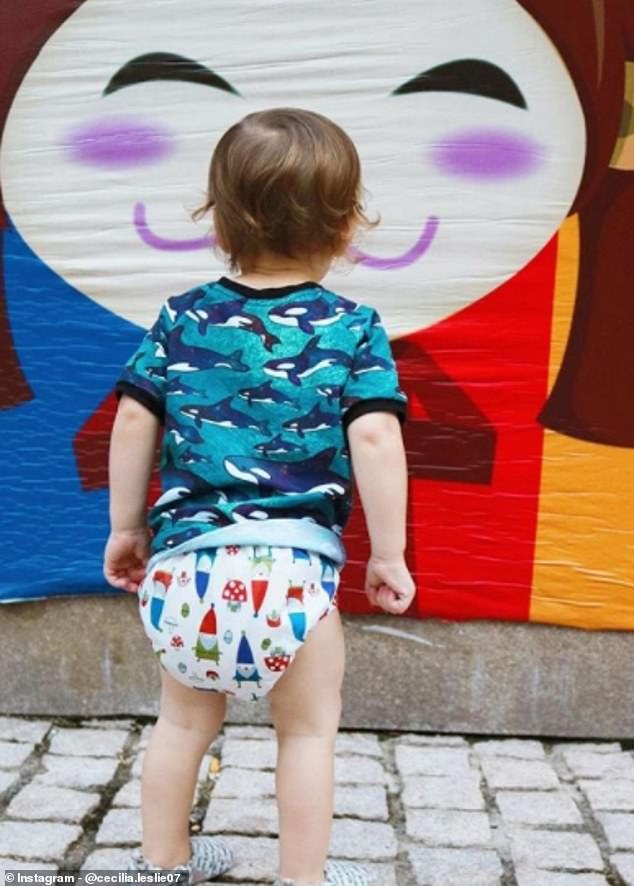 Admitting that she started using cloth nappies, which you can clean and reuse, for environmental reasons Cecilia quickly became addicted to collecting the different pretty patterns

Fiona Smyth, director of cloth nappy manufacturer TotsBots, says she was stunned by the reaction to limited edition print Royal Flush, released to celebrate the birth of Prince George.

She told the BBC: ‘We made 500 royal baby nappies and they sold out within an hour and a half. The website crashed. The retailers’ sites crashed.

‘We charged the normal price (£18) for them but they started appearing on eBay for £150 within a week.

‘Parents can be quite fanatical when a new range is about to be released, and start stalking your website.

‘They want to be the first person to buy and get them “OTB”, or “on the bum”, and get their pictures on social media.

‘It adds a little bit of joy to something that’s not usually that much fun.’ 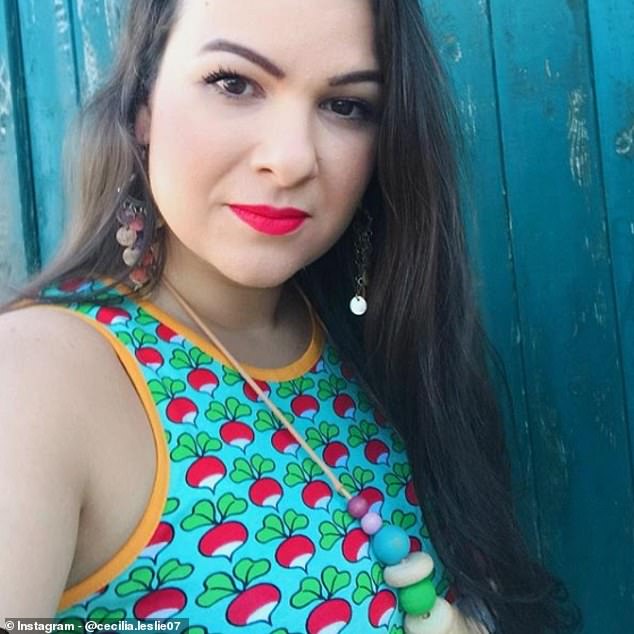 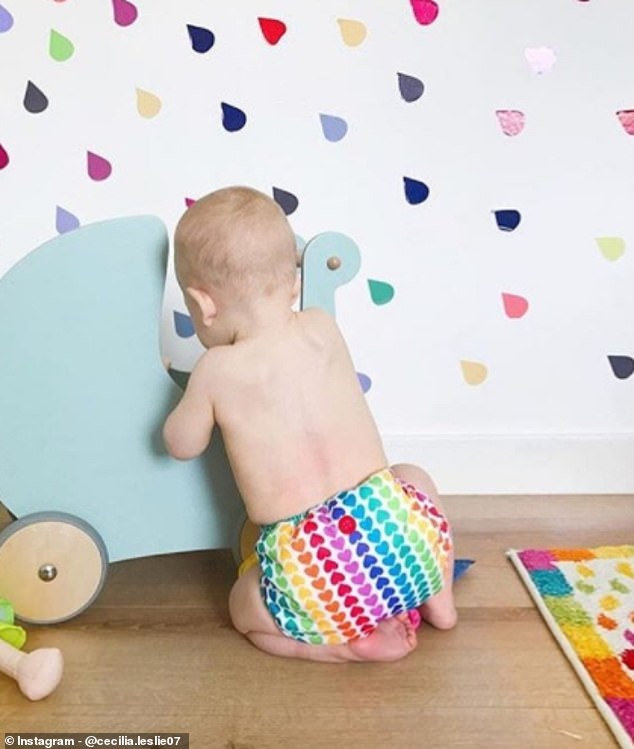 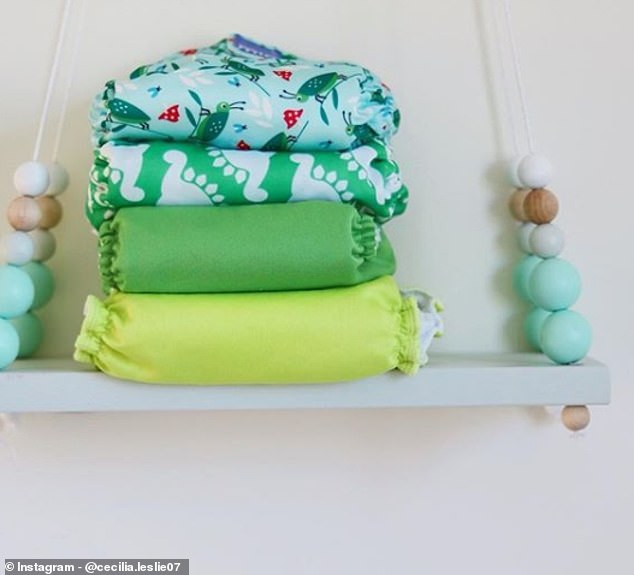 The hastag #clothnappies is also popular on Instagram, with 100,000 posts talking about the reusable nappies

Cecilia admits that she constantly has to justify the amount she spends on nappies to her husband.

‘He agrees the money could be better spent, but he said there are a lot worse things I could be addicted to.’

The mother-of-four readily admits that she’s addicted to her collection, but also says its a popular topic of conversation between her and other mothers.

The hastag #clothnappies is also popular on Instagram, with 100,000 posts talking about the reusable nappies. 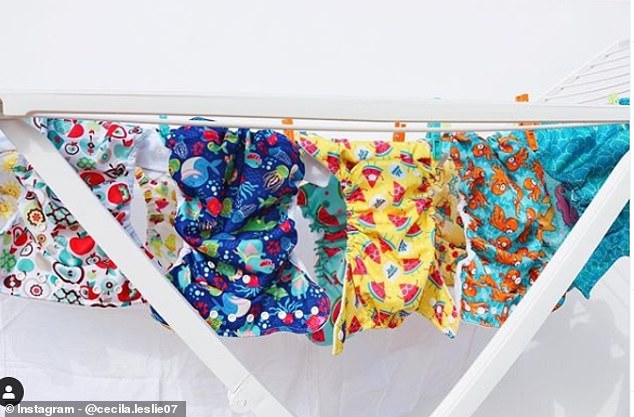 The mother-of-four readily admits that she’s addicted to her collection, but also says its a topic on conversation between her and other mothers