A mother has told how she was left with anxiety and forced to use food banks to feed her family after she ended up in debt as a result of Universal Credit.

Paula, 34, from Bolton, switched from Jobseeker’s Allowance to Universal Credit when her boyfriend of four years, Aaron, moved in with her and her daughter.

But in a BBC mini-clip from the three-part series Universal Credit: Inside The Welfare State, Paula says she was left with just £530 a month to live on.

This was due to her having to pay back an advance loan from the state issued while she waited five weeks for her benefits to come through, which she spent on bills, food, clothing and ‘fun stuff’ including a new phone, shoes and at the hairdressers. 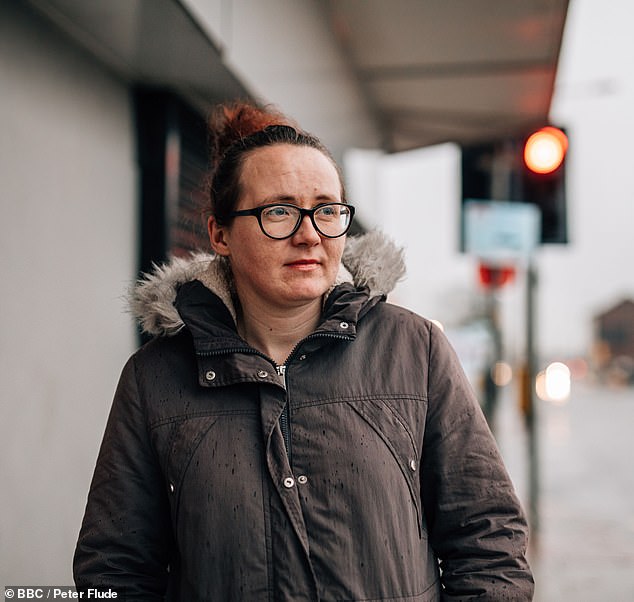 Paula, 34, from Bolton, switched from Jobseeker’s Allowance to Universal Credit when her boyfriend of four years, Aaron, moved in with her and her daughter

This means claimants have to wait up to five weeks for the payments to start, in what is often thought to be a controversial system.

Paula, who had no savings to fall back on, was offered two large advance payments at the Jobcentre to see her through totalling £1,725 – but was told she would need to repay a portion of that sum – £105 – every month, which would be deducted from her benefits.

Paula, who was initially apprehensive to go on Universal Credit, jumped at the chance of the advance, saying it would allow her to pay for her daughter’s school uniform.

She gleefully said: ‘I’m going to end up falling on the floor when I go and check my bank in a bit.’

Her boyfriend Aaron agreed: ‘We can get it in one lump sum now and treat ourselves instead of thinking how we’re going to live day by day.’ 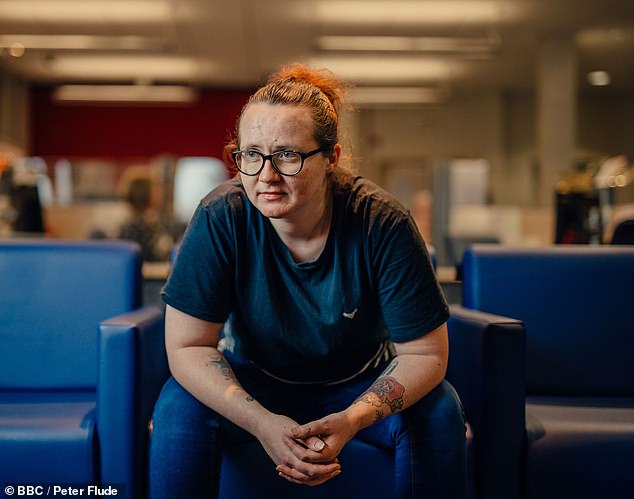 Paula, who was initially apprehensive to go on Universal Credit, jumped at the chance of the advance, saying it would allow her to pay for her daughter’s school uniform

But the mother admitted she went ‘wild’ with the money, spending it on new clothes, a phone, a trip to the hair salon and treats for her daughter.

Three weeks after receiving the loan, she said: ‘The advance money now has all been spent. And that’s been spent on bills, food, clothing… Fun stuff really. 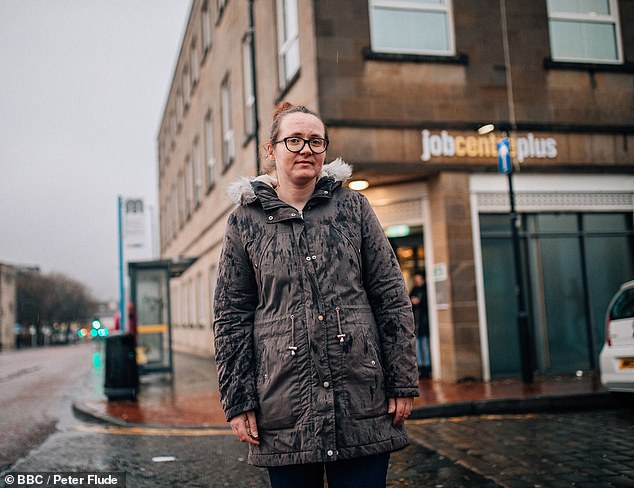 The mother-of-one says the temporary loan was ‘too tempting’ to spend – and she was left struggling to repay chunks of it every month.

What is Universal Credit?

Universal Credit is a radical change to the benefits system which combines six payments – including tax credits, housing benefit and income support – into a single, means-tested payment.

How does it work?

A claimant’s benefits should be adjusted automatically if their wages change.

Benefits will gradually ‘taper’ off if a claimant finds work or earns more.

What is the timetable?

After teething troubles with the computer systems implementation has been hit by delays.

There are currently around 610,000 on UC and this will go up by anther 12 million over the next five years.

Why a five-week delay on payments?

Controversially the benefit is paid five weeks in arrears – this is because it is based on your previous month’s earnings.

To make matters worse, Paula was shocked when her Universal Credit payments turned out to be a lot lower than she expected.

Due to historic debt repayments which were deducted, as well as the money for her advances and rent, she only received just over £500 a month to feed her family-of-three.

Paula added that her month living on next to nothing was ‘hell’ and she wished she hadn’t gone ‘wild’ with spending the payments.

‘My stress levels have been through the roof, I’ve been really anxious. I’ve had that feeling in my throat where I’ve been smothered,’ she said.

When asked if she shouldn’t have been offered so much money, she said: ‘I wish they hadn’t now. I got too tempted and too giddy. I went wild. Lesson learnt. Don’t f*****g do it again.

‘September has been absolute hell. We’ve had to use food banks. It did mess us up to be honest.

‘We’ve had to eat a lot of pasta. I don’t want to go through that again. Never again.

‘Its alright giving you the advances, but in reality it can hit you like a ton of bricks. But again you live and learn don’t you?’

Because she’s struggling, the Job Centre has delayed Paula’s repayments – but the debt will still need to be paid off.

Universal Credit: Inside The Welfare State continues on BBC2 at 9pm on Tuesday.