Do YOU want to build a snowman? Crafty mother reveals how to create your own festive decoration using balloons, fairy lights and a bit of string

A crafty mother has revealed how you can put a personal spin on Christmas by making your own snowman decoration.

Jennifer Holdsworth-O’Leary, who lives in the UK, showed how she made the festive trinket using balloons, string and fairy lights, which costs £11.75 in total.

She shared the easy-to-follow guide on the Extreme Couponing and Bargains UK Facebook group, where she was widely praised. 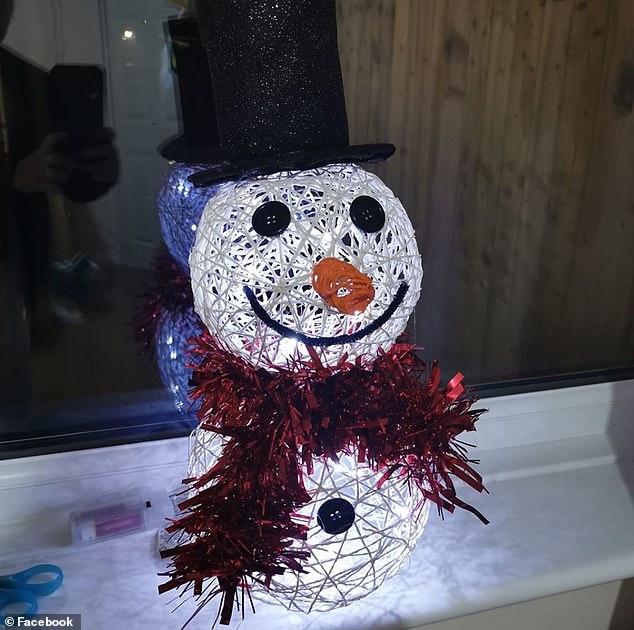 Jennifer Holdsworth-O’Leary, who lives in the UK, showed how she made the festive snowman decoration, pictured, using balloons, string and fairy lights. It cost £11.75 in total 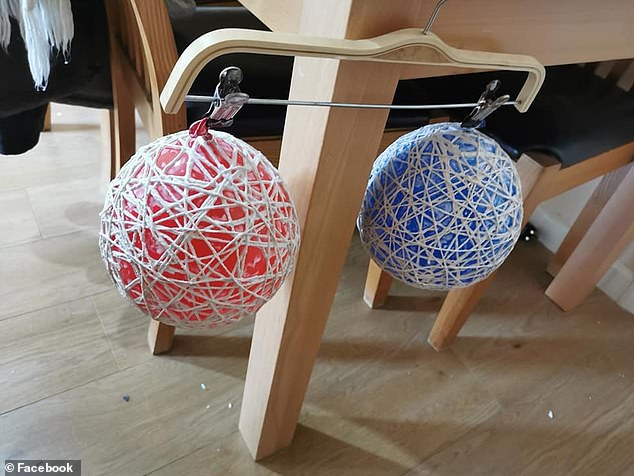 The process starts with blowing up two balloons. Make one slightly smaller for the head and one a little larger for the body. Cover the balloons in strings dipped in PVA glue. Pictured, hanging the balloons up to dry for between 24 and 48 hours. Jennifer used a hanger 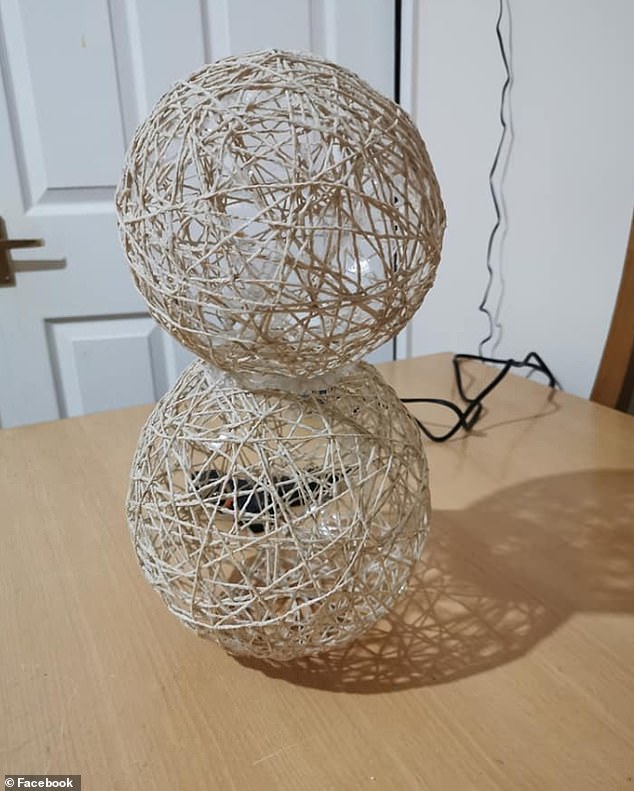 When the strings were dry enough, Jennifer gently deflated the balloons before getting rid of them completely

Jannifer shared the easy-to-follow guide on the Extreme Couponing and Bargains UK Facebook group, where she was widely praised.

One wrote: ‘Brilliant tempted too give it a go myself . Thanks for the detailed instructions.’

Another said: ‘How cute is this? We will have to make it with the kids.’ A third added: ‘Wowwwwwww clever lady well done xxxxx.’ 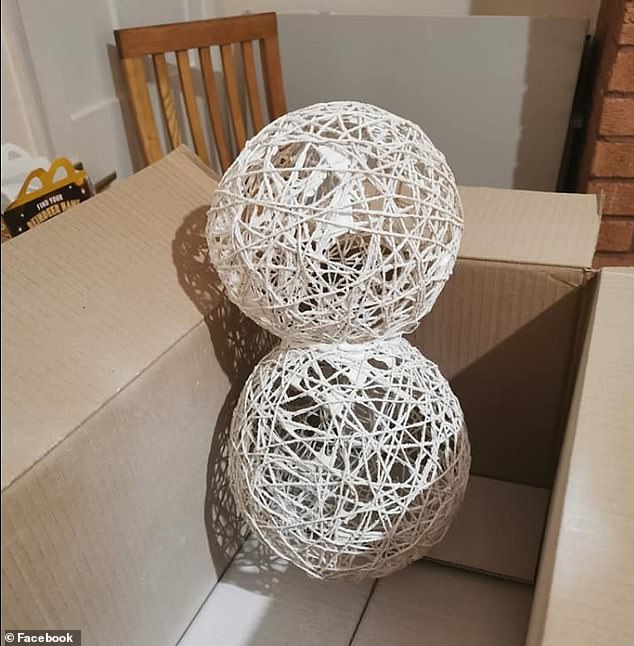 Once the body of the snowman was complete, Jennifer covered it with white spray paint and stuck the two balls together 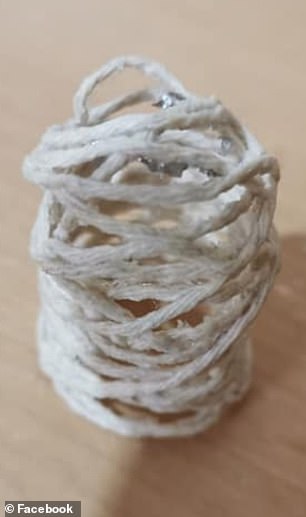 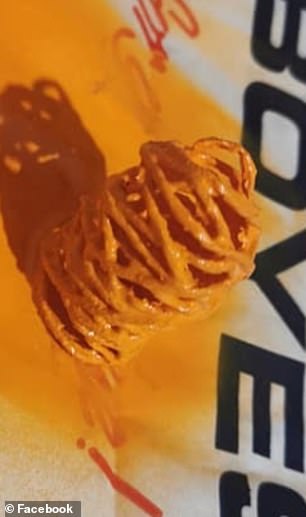 Jennifer used buttons for the eyes of the snowman, and added another button on its body. She made a scarf out of tinsel 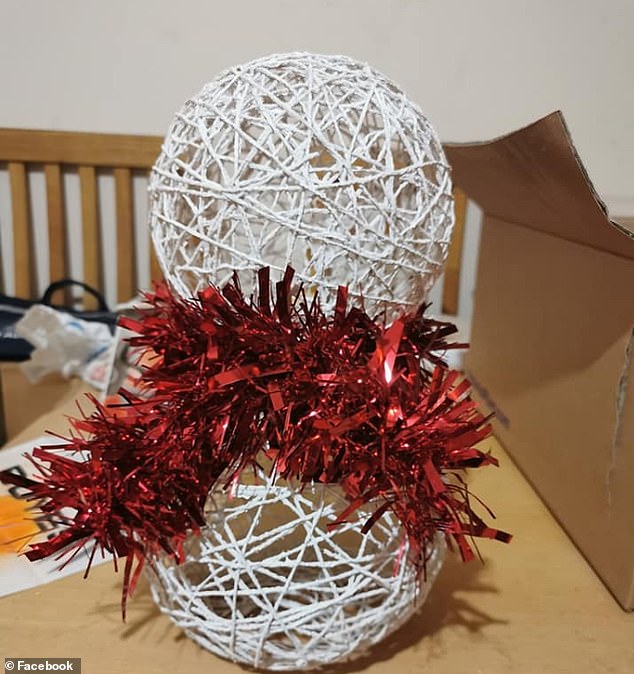 Jennifer decorated the body with some £1 tinsel from Wilko, which she tied between the two spheres 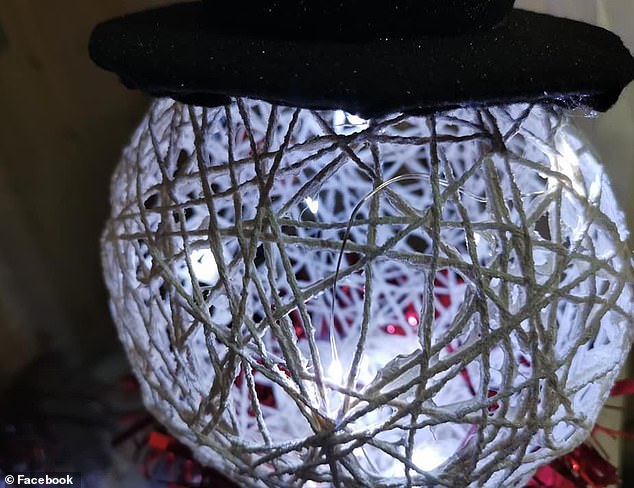