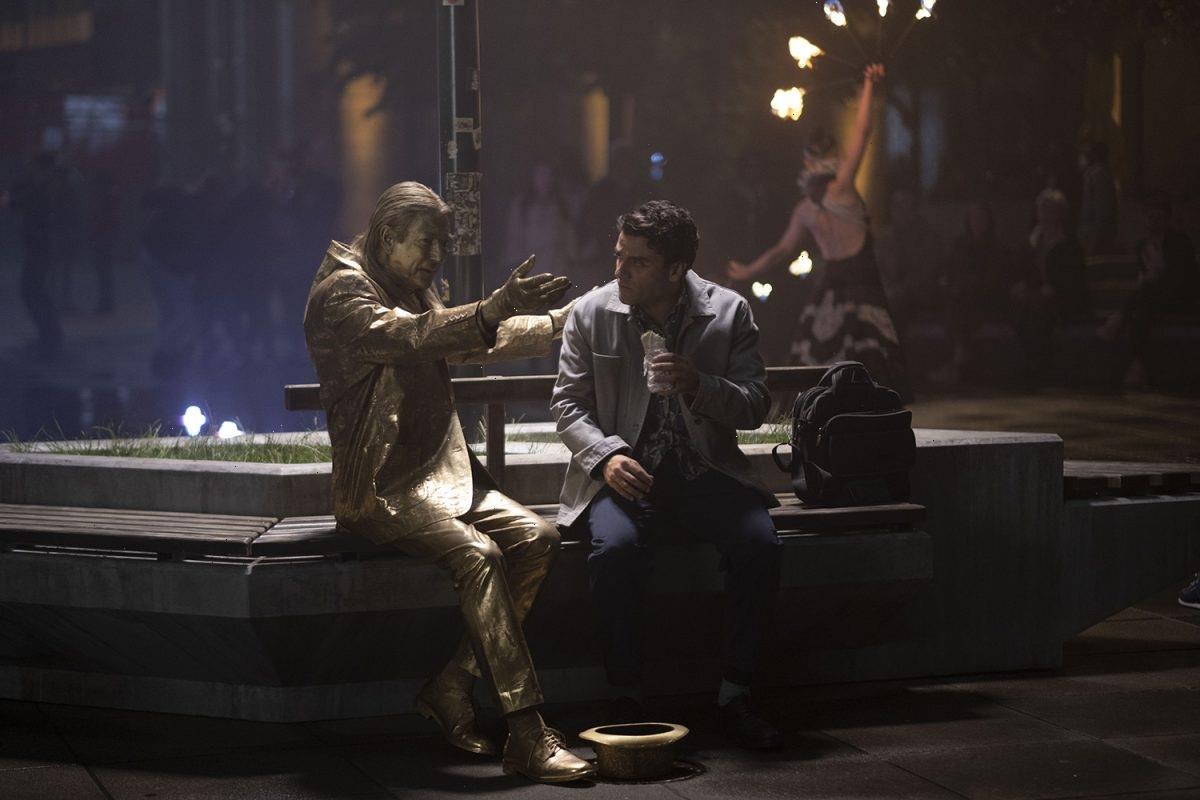 The Moon Knight creators put great care into depicting how dissociative identity disorder can affect someone’s everyday life. That’s why, when Marvel nearly cut the steak scene in Moon Knight Episode 1, director and executive producerMohamed Diab fought hard to keep it. The scene may not seem all that important to the story, butDiab insists that it’s crucial. Here’s why.

Moon Knight follows a museum worker named Steven Grant (Oscar Isaac), who begins to experience mysterious blackouts. He finds himself waking up in strange places and missing entire days from his memory. Eventually, Steven learns that he has dissociative identity disorder (DID) and shares a body with a dark mercenary named Marc Spector/Moon Knight (also Isaac). As Steven navigates his diagnosis, he becomes entangled in a dangerous mystery involving Egyptian gods.

Moon Knight Episode 1 depicts Steven’s life before he receives his DID diagnosis. He can’t shake his blackouts, even by trying to stay awake or chaining himself to his bed. Because of his missing memories, Steven is often late for work or doesn’t show up at all. He doesn’t remember going to the pet shop or asking his coworker out on a date. Then, he arrives to his date three days late.

The Moon Knight steak scene shows Steven at the restaurant waiting for his date to arrive. He soon realizes that it’s Sunday night, and his date was supposed to be three nights ago. When Steven calls his coworker, she’s angry that he stood her up. He decides to stay at the restaurant solo and order a steak, but here’s the kicker: Steven is a vegan and has no idea how to order a steak. The scene is one heartbreaking depiction of Steven’s experience with DID.

In an interview with The Hollywood Reporter, Diab said the steak scene was one of his favorite moments in episode 1. He revealed that it was almost cut entirely from the episode (likely in the editing process), but Diab fought to include it. According to the director, it’s an important scene for getting to know Steven and his mental illness.

“To me, it was very important to find something to express that DID is not just blackouts and then his life is fine and normal. No, no, no,” Diab explained. “DID is destroying his life, even his romantic life. He can’t have a lover or a normal relationship with anyone because of what he’s been going through.”

Diab added that he hopes viewers can “connect to Steven” during the steak scene.

“That is the moment when the audience is going to say, ‘It’s the first episode, but I’m in love with this character. It’s done,’” he said.

Mohamed Diab thinks viewers will ‘learn a lot’ about dissociative identity disorder from ‘Moon Knight,’ but warns that it is over-dramatized

DID and its effects are a focus in Moon Knight. As such, Diab and Isaac made sure to research the mental illness as much as possible. The director toldVariety that he “learned a lot” about DID in this process, and he hopes Moon Knight will offer the same knowledge to viewers. However, Diab also warned that the show still has “over-dramatized” moments relating to DID.

“As respectful as we were, this is not an accurate depiction of DID. We are in a supernatural world, and sometimes we over-dramatize stuff,” he said.

New episodes of Moon Knight premiere on Disney+ every Wednesday.