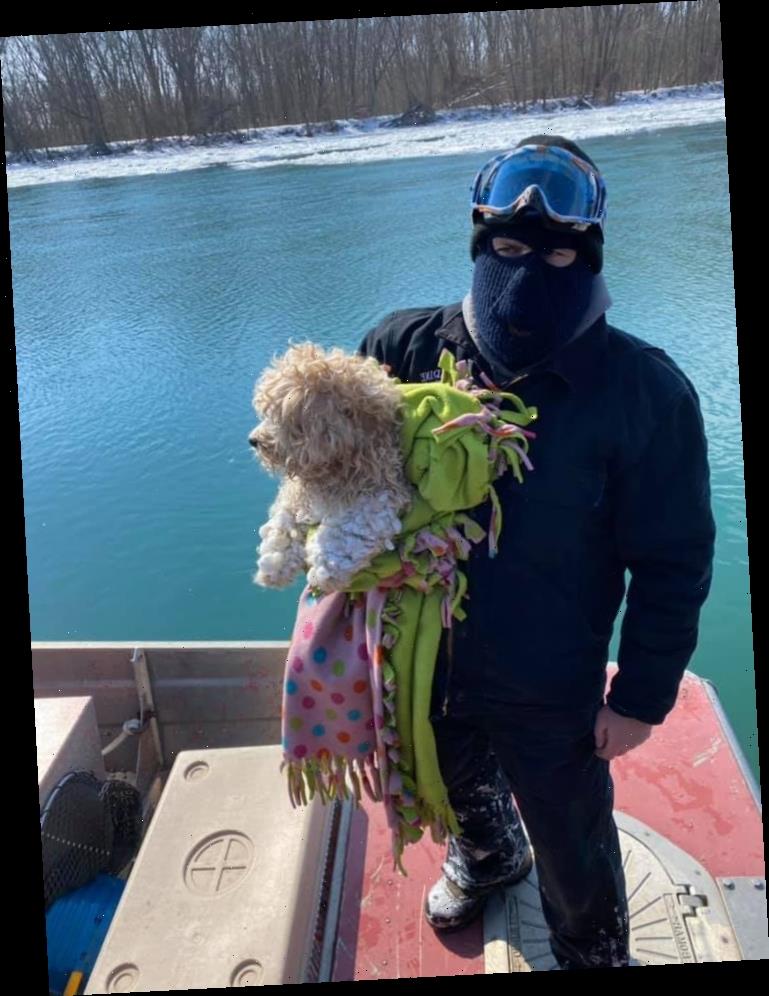 A dog who was recently rescued from the Detroit River after being stuck on ice for four days has found a forever home with the man who saved his life.

Once dubbed Alfonso, Miracle the dog has been adopted by Jude Mead, a worker at J&J Marine — a marine construction company in Windsor, Ontario — who helped retrieve the canine from the cold in February, according to a Facebook post from Friends of the River Rouge Animal Shelter.

The shelter said on Friday that many had expressed an interest in adopting the pup, but after a thorough application process, they felt "the man who saved Miracle was the very best fit for him."

"Today the story came full circle. Today the little Miracle dog was placed into the hands of the hero who saved his life. That's right….this dog who defied ALL THE ODDS will now live happily ever after w the man who saved his life," the rescue announced. "Miracle could not ASK for a better or more ideal family to love him!" Miracle, estimated to be around 12 to 18 months old, was stranded on the Detroit River after likely after being chased onto the ice-filled waterway by a coyote, according to the Detroit Free Press.

He fought for his life in the bitter cold for four days before Mead and his team were able to cross the icy river safely using an airboat from the chemical company BASF Corp.

"They physically went out to this small island where he was and they were able to physically rescue him," Dr. Lucretia Greear, a Woodhaven Animal Hospital veterinarian, previously told WXYZ. "He was hiding on this little uninhabited piece of land, but it was very difficult to get there because of the ice."

According to Greear, the dog suffered from frostbite on his paw pads and scrotum, dehydration and pancreatitis while trapped on the ice. Miracle reportedly did not have a collar or tag on when he was found, and a microchip was not detected in a scan at an animal hospital.

Friends of the River Rouge Animal Shelter shared on Facebook that the pooch will now live in Canada with his new family.

"We are all so grateful for this happily ever after ending to this AMAZING story," the post read. "Congrats Jude and family on the addition to your family! Happy life Miracle!"