It’s not just women! Eye-opening new thread sees MEN reveal their dating insecurities – including worrying that their manhood is too BIG

When it comes to dating it’s women who tend to get a bad rep, with men often viewed as cool, calm and collected.

However, as this eye-opening new thread reveals, men are plagued by just as many insecurities when meeting someone new.

A new thread on secret-sharing app Whisper has seen men reveal their biggest concerns at the beginning of relationship.

Making use of the app’s anonymity settings, the bachelors spared no detail when it came to their confessions.

For many men, the issue of height came into play, with several admitting they felt overlooked for being too short.

In one surprising admission, one man admitted he felt self-conscious of his penis which he claims is ‘too big’ for women.

In one instance a disabled man said he felt his wheelchair was to blame for being unlucky in love.

Meanwhile another admitted that their religion has become a deterrent for women. 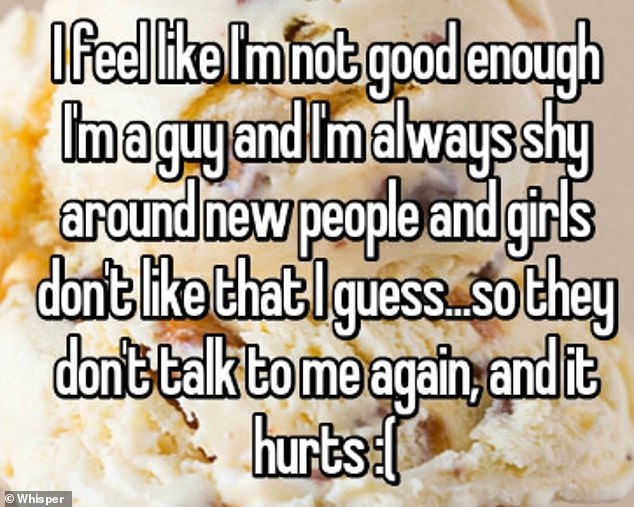 Men have spoken candidly about their dating insecurities in an anonymous thread on Whisper. One man told how being shy has held him back from forming lasting relationships 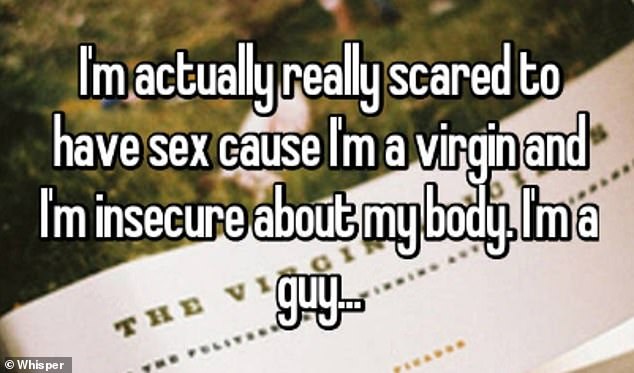 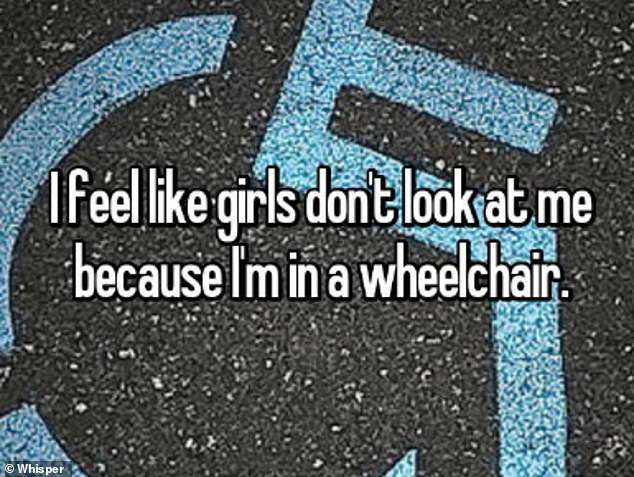 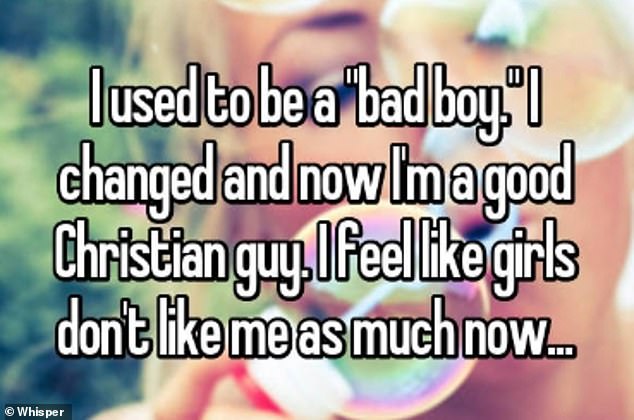 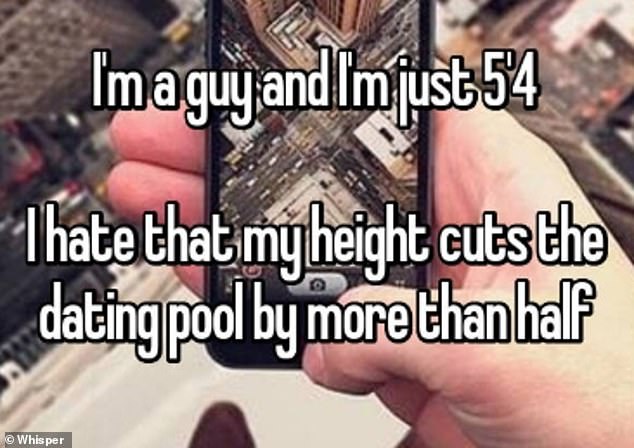 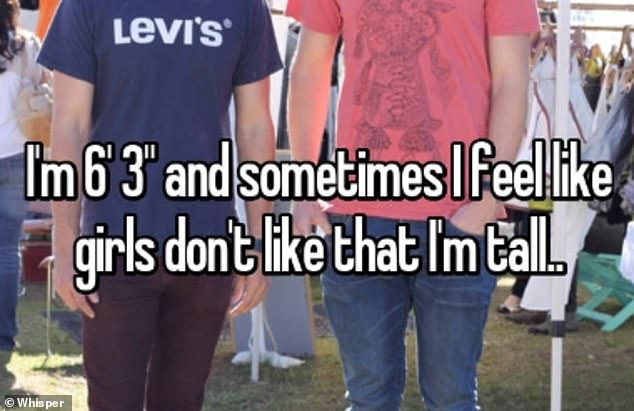 However, it isn’t just short men that face rejection, with this man convinced he was too tall for many women 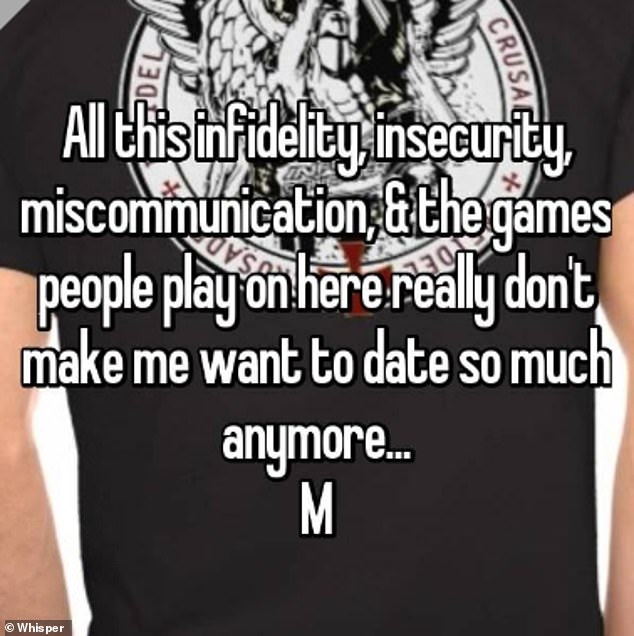 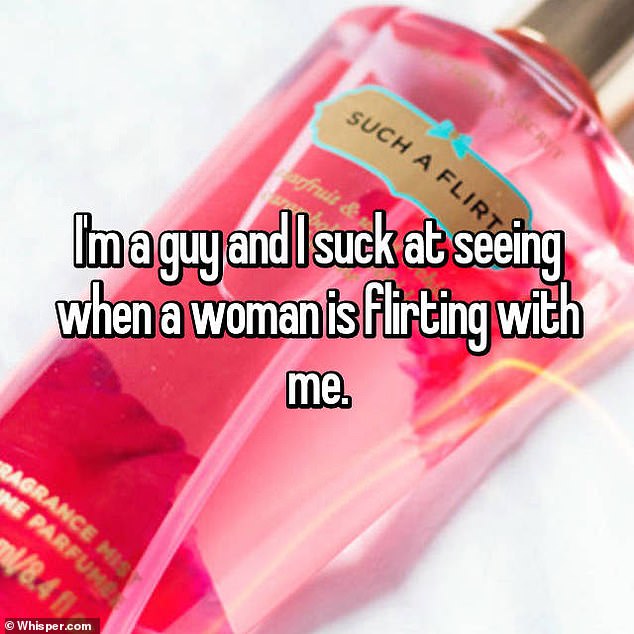 Flirting can be a minefield as this man knows, unable to recognise when a woman is interested 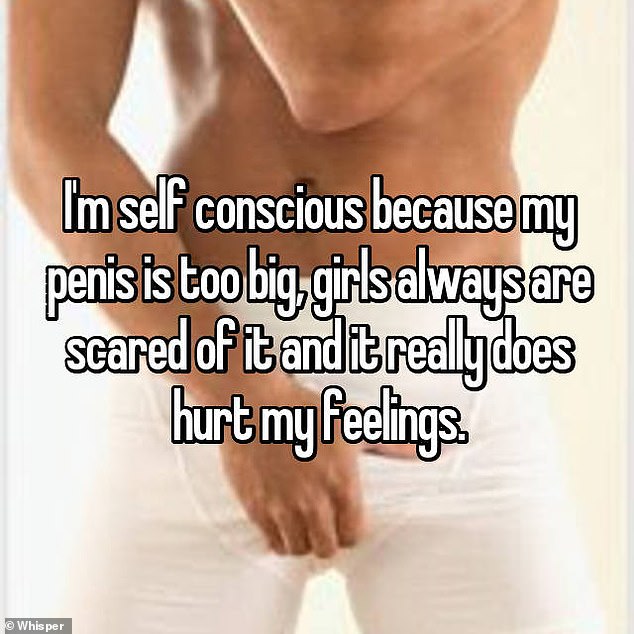 This gentlemen claimed that his penis was too big for most women, and it left him feeling  ‘hurt’ 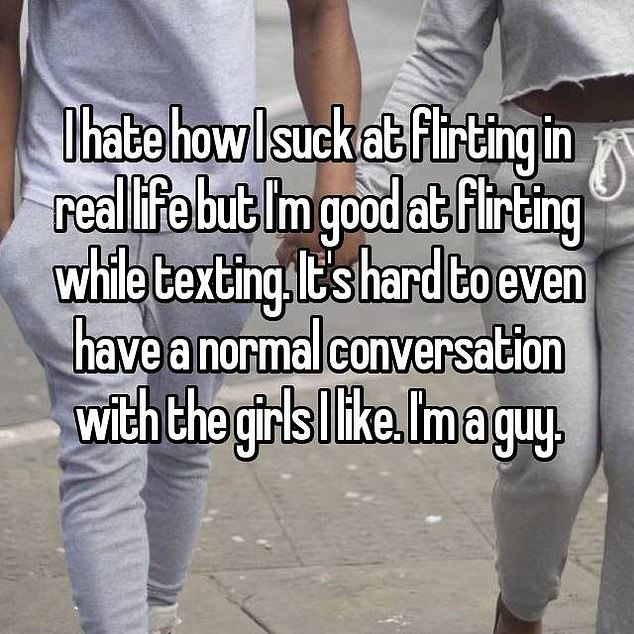 Like many of us, this man is all confidence behind the keyboard and was frustrated at his poor flirting skills in real life