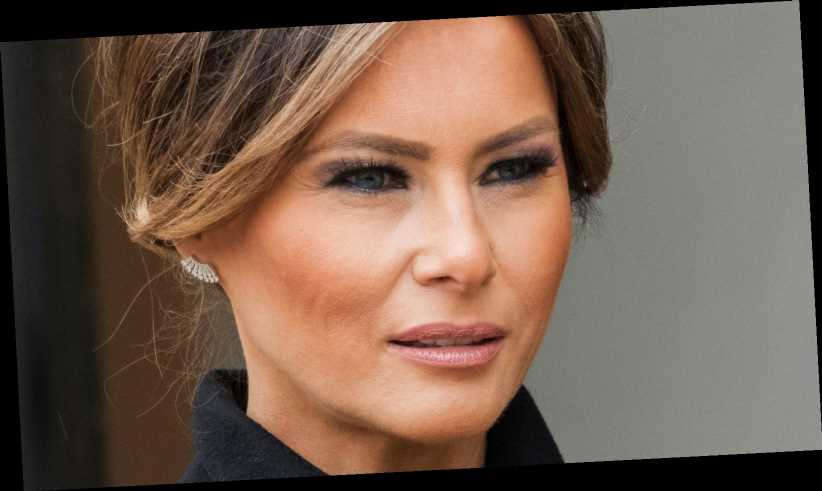 They may be out of the White House, but the world isn’t any less obsessed with Donald and Melania Trump’s marriage, which, during the years he was in office, was put under the microscope to such an extent that the general consensus was she’d leave him once their time in Washington was up. That didn’t happen, of course, though Melania did snub the paparazzi immediately after they landed back in Florida and is reportedly only seeing her husband for dinner each evening. Otherwise, they’re like ships passing in the night.

Complicating matters, the former first lady sent a couple of confusing Valentine’s Day messages earlier this year, neither of which mentioned her husband. The public’s appetite for gossip about the Trumps, and in particular stories that cast Donald in a bad light, sometimes place Melania in the role of a victim who’s simply unable to leave her husband. Although she’s focused on remaining aloof and in fact despised the public attention while her husband was president, according to her biographers, Melania Trump isn’t that difficult to read.

As Mary Jordan, author of The Art of Her Deal, explained to People, many people misjudge or even underestimate Melania Trump, who married not just for wealth but notoriety, too.

Melania Trump has more to lose by leaving her husband

“I heard that several times from key people: ‘You don’t understand, she wanted to be known,'” Jordan revealed. She desires to be “alluring” and “mysterious” like the old Hollywood actresses Melania idolized growing up (it’s worth noting she hasn’t done a major interview since 2018). When allegations of infidelity surfaced against her husband, his team encouraged Melania to show a united front on TV with him, but the then-first lady refused. Jordan’s sources repeatedly told her that divorce was not an option because “There was more in it for her to stay than to go.”

Although the public likes to paint Melania as the lesser of two evils, four separate biographers who have written about her over the years stressed that the Slovenia native is aligned with her controversial husband on more issues than not, including immigration. And, despite everything that’s happened, Melania “still stays by him,” according to Jordan. The Trumps are very different people, but they connect where it matters. As NPR notes, The Art of Her Deal reveals “that the first lady is not a pawn but a player, an accessory in the second as much as the first sense, and a woman able to get what she wants.”

Melania Trump reportedly knows what she has to do to continue living the luxurious life to which she’s come accustomed, and has accepted that fate for better or worse.