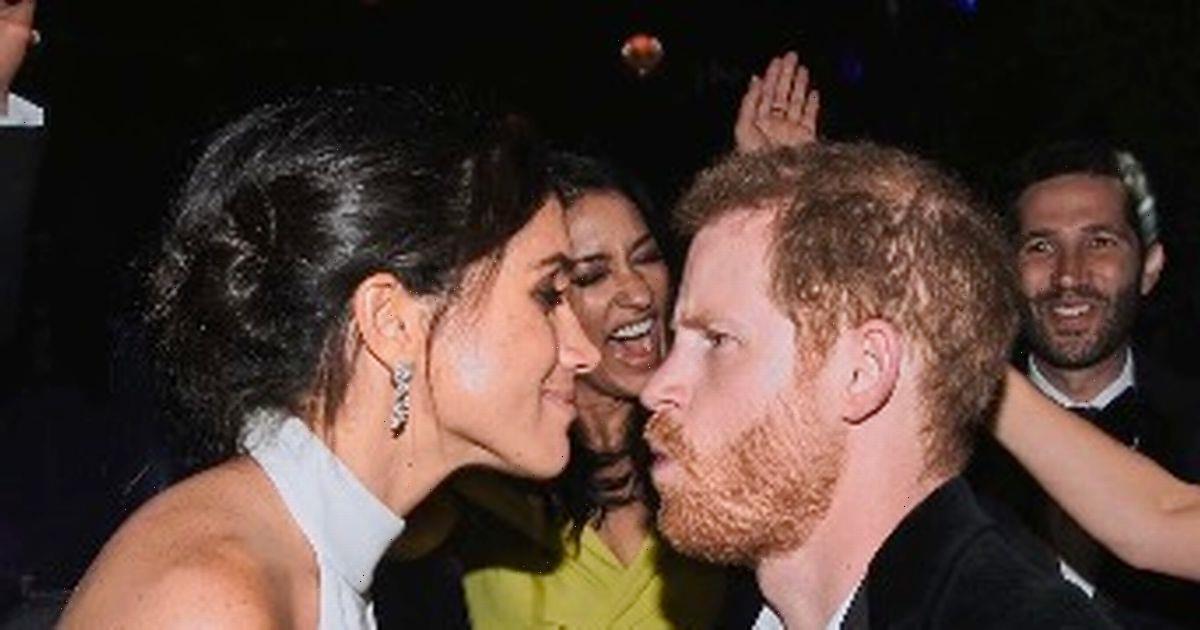 In the newest instalments of Prince Harry and Meghan Markle 's Netflix documentary, the Duchess of Sussex has shared her wedding speech in full.

Harry and Meghan married on May 19 at St George's Chapel, Windsor Castle, in a televised ceremony, which was then followed by a private reception for those close to the couple.

And now the Duchess has shared the full speech she gave at the private occasion. Sitting next to her husband, she reads the speech from her phone, beginning: "Onto the crux of why I wanted to speak tonight. First of all, it’s been a while.

"But mostly I wanted to share a story. A story about the man that I love and the way that we met."

"Let’s call this a modern fairytale. Once upon a time, there was a girl from LA. Some people called her ‘an actress’.

"And there was a guy from London. Some people called him ‘a prince’. All of those people didn't fully get it. Because this is the love story of a boy and a girl who were meant to be together.

"They meet on July 3rd, 2016 in London. And they giggle endlessly. They have their second date and he brings her cupcakes because it’s 4 July. ‘A bittersweet celebration’, he says. Ironic really.

"Her country’s independence from his country. Yet in this moment they know they don’t want to be independent from each other.

"And after a month of long-distance courtship, they settle into the quiet of Botswana. And amidst whatever momentary worries that creep in, they look at each other and think, whatever world we’re in.

"They would love and garden and travel and laugh, and rack up more air miles than any couple could have.

"And when the tides were rough, they squeezed each other tighter. ‘Nothing can break us,’ they’d say. ‘For this love, she was a fighter.’

"I appreciate, resepct and honour you, my treasure, for the family we will create. And our love story that will last forever.

"So I ask you to raise a glass to the astounding assurance that now life begins. And the everlasting knowing that, above all, love wins."

The couple's Netflix documentary has given royal fans a glimpse into their lives, including their post-wedding life at Nottingham Cottage.

And how they celebrated Archie's first birthday, showing a footage of themselves attempting to make a balloon arch.