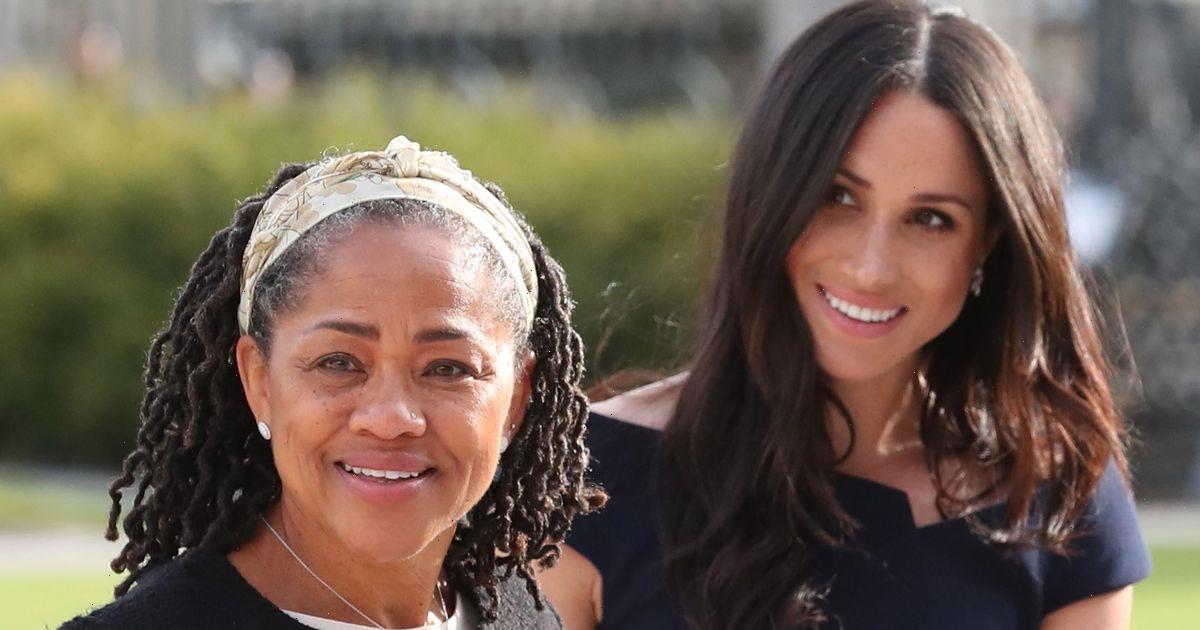 For many couples, marriage is a step in their relationship that follows several months, or often years, of dating before deciding to take the plunge and tie the knot.

For Meghan Markle it took a year of dating Prince Harry to realise he was “the one” she wanted to spend the rest of her life with; while Prince William and Kate Middleton enjoyed an eight-year courtship before saying “I do.”

However, Meghan's mother Doria Ragland defied convention and married Meghan’s father Thomas Markle after a whirlwind romance lasting just a few short months together – much to the surprise of her family.

The first any relatives heard of the wedding, was when the invitations arrived, revealed Joseph Johnson in an interview withThe Mail on Sunday.

"None of the family knew anything about Tom until we got the wedding invitations,” he admitted.

But how did the couple meet and what was their wedding like?

Thomas and Doria first met in the late 1970s on the set of US medical drama General Hospital, where they were both heavily involved in the backstage production of the show.

Working as a make-up artist, 23 year old Doria fell for lighting director Thomas despite their 12-year age gap, and the couple quickly embarked on a whirlwind romance together.

After six months of dating, they decided to tie the knot.

Sharing a little of their story in Elle, Meghan wrote: "It was the late Seventies when my parents met, my dad was a lighting director for a soap opera and my mom was a temp at the studio.

"I like to think he was drawn to her sweet eyes and her Afro, plus their shared love of antiques. Whatever it was, they married and had me."

In a far cry, from Meghan’s own lavish royal wedding, Thomas and Doria tied the knot at the Self-Realisation Fellowship Temple on Sunset Boulevard in Los Angeles.

The faux-Indian temple was founded by yogi Paramahansa Yogananda, as Doria “was fascinated by alternative religions and yoga” at the time, a love she later passed on to Duchess Meghan.

"It was a lovely wedding but not conventional at all,” added Doria’s brother Joseph.

For their wedding, Doria wore a stunning short sleeved and button down blouse complete with a pussy bow collar and belted waist, with the hemline of her skirt reaching just below her knee.

Alongside the simple but elegant outfit Doria also sported an array of delicate flowers in her hair, and a smile that clearly said she was enjoying the day.

Thomas meanwhile, wore a grey tweet jacket and black trousers, while an orange shirt and black tie completed his own wedding ensemble.

The ceremony itself was performed by an ordained Buddhist priest named Brother Bhaktananda, who performed the ceremony in a set of bright orange robes.

Originally from Pennsylvania and born under the name Michael Krull, he decided to pursue enlightenment and become a Buddhist priest, taking on the Sanskrit name Bhaktananda, meaning bliss through devotion.

The ceremony also featured Doria’s young nephew as the ring bearer who played a key role in the smooth running of her nuptials.