Meghan Markle, the Duchess of Sussex, doesn’t have to worry about money. She made a successful career for herself as an actress starring in the part-drama part-comedy show, Suits. The show is still on the air but Markle bowed out after getting serious with her now husband and soon-to-be father, Prince Harry, the Duke of Sussex.

At one time in Markle’s life, she had to worry about money but when those days were past her, she threw a party and gave away hilarious party favors. Keep reading to learn more about Markle’s party.

She threw a ‘Sayonara Zara’ party

Way back when — before Markle met Prince Harry and most definitely before she became an expectant mother — Markle shopped at the fast-fashion retailer, Zara, known for churning out designer-inspired pieces extremely quickly and selling them at affordable price points. Think $50 for a wrap dress or $20 for a top. But the moment she could afford designer clothes, Markle ditched Zara.

“A Hollywood source,” told Vanity Fair that when Markle could afford designer clothing, she threw a party at her house where she gave away her less expensive clothing to guests. The name of the party? “Sayonara Zara,” the source said. 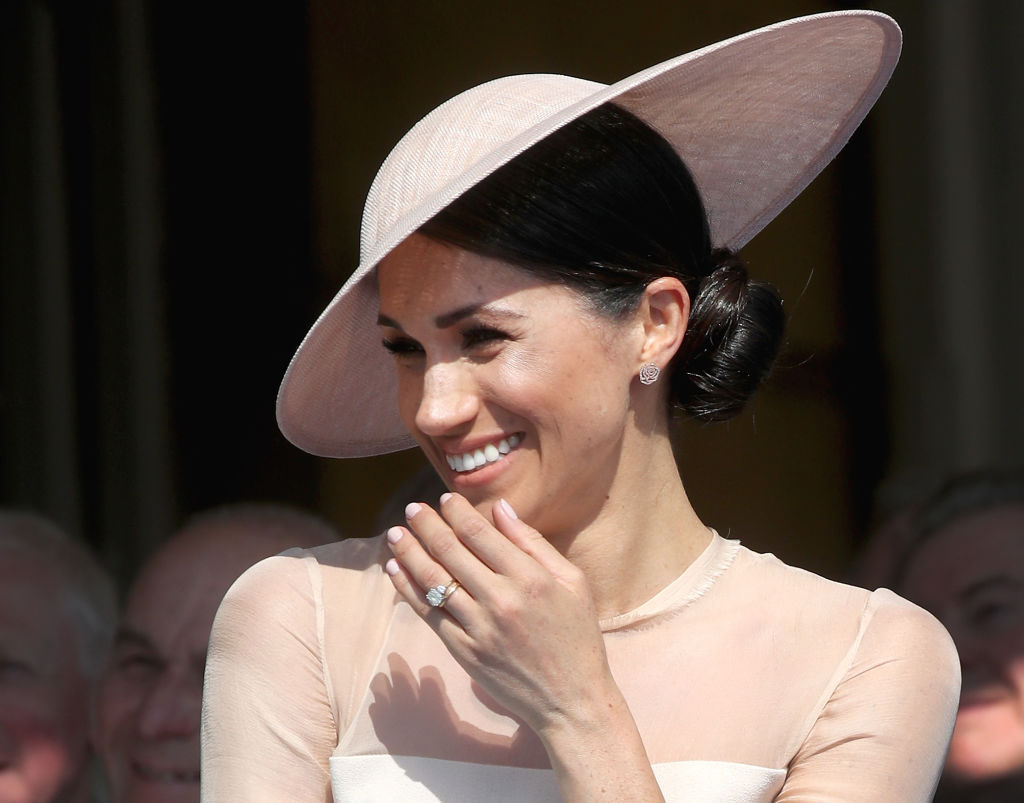 Imagine attending a party at Markle’s house and going home with her clothes from Zara? Sounds like a win to us. Especially given Markle’s impeccable taste and classic style. We’re guessing party guests went home with button-down shirts, trousers (Markle’s a big fan), and a pencil skirt or two.

While Markle’s budget for clothing has increased a lot over the years as her acting paychecks increased, then when she became part of the royal family, her style has remained the same.

She favors classic pieces in shades of navy or white and adds pops of color here and there. Her favorite neckline appears to be the boatneck, which shows a sliver of the collarbone.

Since becoming the Duchess of Sussex, she’s worn lots of custom Givenchy clothing. The fashion house made her wedding gown (with a boatneck design) and many other looks she’s worn during royal engagements.

Although Markle gave away her lower-priced clothing from Zara, she doesn’t shy away from more affordable brands.

She’s sported more attainable brands like Canada’s Aritzia, which is similar to Spain-based Zara. She wore a maroon pleated wrap dress underneath a leather coat to an event when she and Prince Harry were dating. We’re guessing Markle became a fan of Aritzia during the years she spent living in Canada while filming Suits.

Since becoming the Duchess of Sussex last year, she’s worn other affordable brands such as J. Crew and Club Monaco. She’s sported a clutch from J. Crew and a coat and dress from Club Monaco.

While Markle may have given away her Zara clothing, her sister-in-law Kate Middleton has been known to wear Zara wears even after becoming the Duchess of Cambridge.

Middleton wore a blue pleated dress leaving for her honeymoon with Prince William. On more recent occasions, she’s worn a Zara necklace with a designer gown and has been spotted wearing clothing from the retailer while spending time with her children.