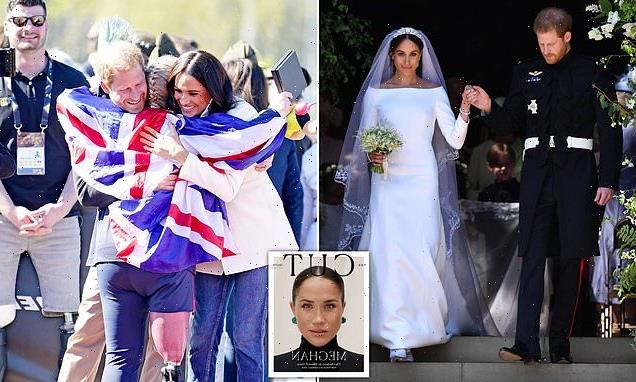 Is THIS Meghan’s secret Netflix project? Duchess hints at a documentary about her and Harry’s ‘love story’ and says it’s a ‘piece of her life she hasn’t been able to share’

Meghan Markle has hinted that the documentary she and Prince Harry are currently filming for Netflix could focus on their ‘love story’.

Speaking in an interview with The Cut, published today, the Duchess of Sussex said her five-year-long romance with Prince Harry is one of the ‘pieces of her life’ that she has not yet been able to share with the public.

The Duke and Duchess of Sussex’s production company, Archewell Productions, signed a reported $100million deal with the streaming giant in 2020 but there has yet to be a release.

A documentary series about the Invictus Games has been confirmed. Meghan’s planned animated children’s series was scrapped as part of wider Netflix cutbacks.

It had previously been rumoured that the Duke and Duchess of Sussex were planning a fly-on-the-wall documentary series, in the style of Keeping Up With The Kardashians. 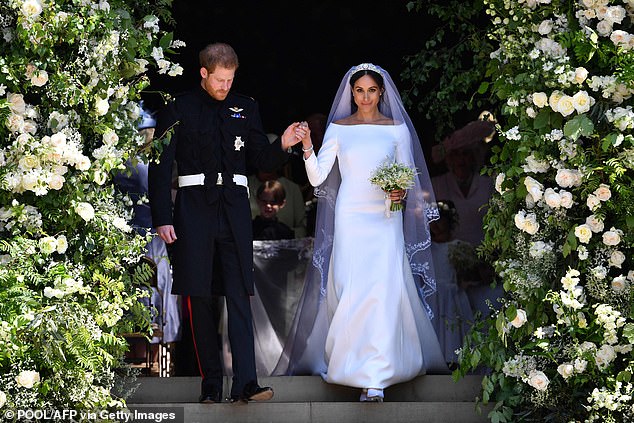 Meghan Markle has hinted that the documentary she and Prince Harry and currently filming for Netflix could focus on their love story. Pictured on their wedding day with Prince Harry on May 19 2018 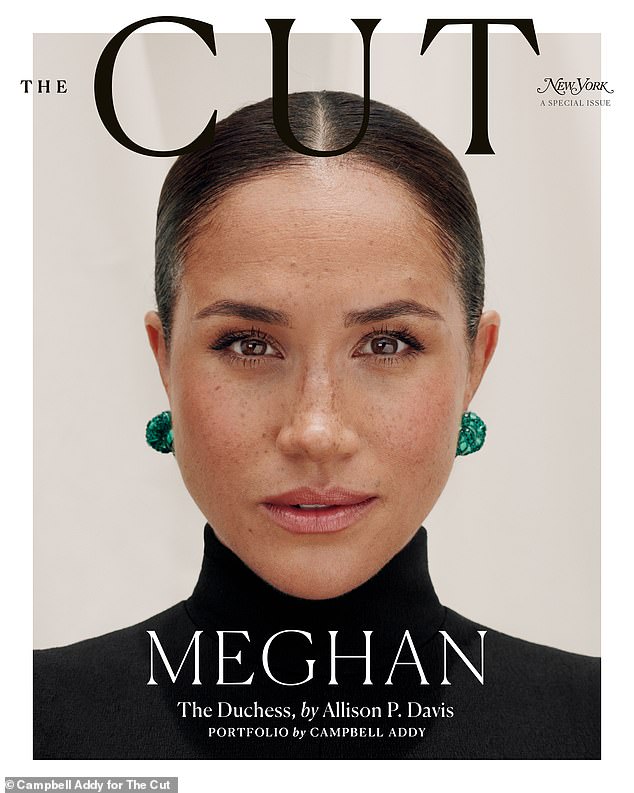 Speaking from her Montecito mansion with The Cut , the Duchess of Sussex hinted that her five-year-long romance with Prince Harry is one of the ‘pieces of her life’ that she has not yet been able to share with the public

However it appears it might be closer to a look back on the royal romance.

‘The couple has directly smashed rumors of a reality show, both in statements made to publications and in conversation with me,’ journalist Allison P. Davis notes in the article.

‘But, Meghan explains, there’s a difference between a historical documentary and a reality docuseries.’

The Duke and Duchess of Sussex have been filming the Netflix documentary for more than a year after signing a widely reported $100million deal in 2021.

They have been spotted with a film crew at a number of engagements, including the Invictus Games earlier this year. The filming is believed to have taken place for their confirmed docu-series Heart of Invictus. 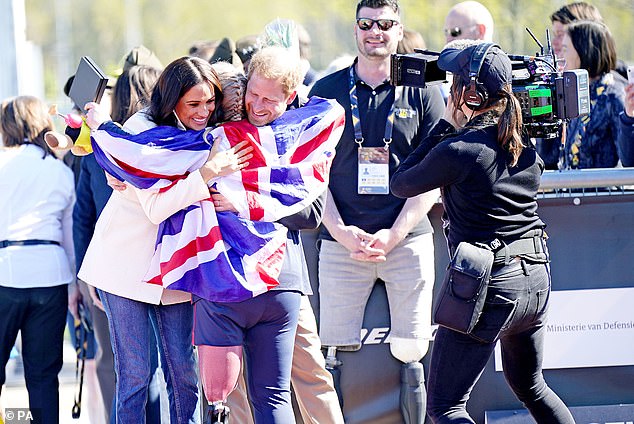 They have been spotted with a film crew at a number of engagements, including the Invictus Games earlier this year

Multiple sources told Page Six that the streaming platform is hoping to release the Sussex documentary around the same time as The Crown’s new series, which is set to be released in November.

The major streaming service doesn’t want to be ‘scooped’ by the Duke’s memoir, despite claims the Sussexes want the documentary to air next year, sources said.

Harry’s book is set to be released sometime this fall, and Netflix will be keen to capitalize on the huge buzz that the tell-all tome will likely generate.

‘[Netflix executives] knew the book was coming out, which is why they wanted the series this year,’ a source told Page Six. ‘They don’t want to hold off any longer.’

The royal couple, however, reportedly wants the series to hit the small screen next year, according to Page Six.

DailyMail.com contacted Netflix for comment at the time the reports first emerged. 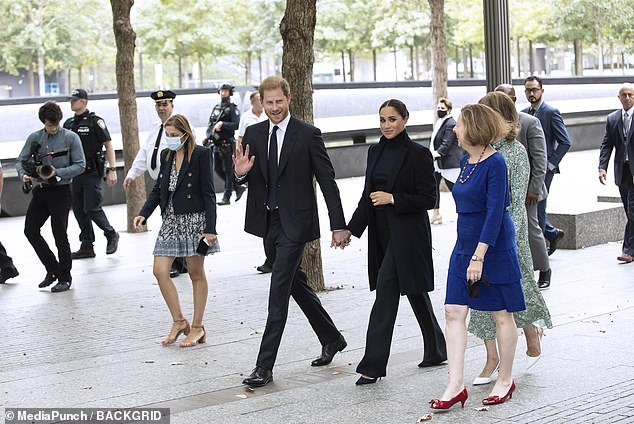 Cameras were also following Meghan and Harry during a visit to New York in September 2021, pictured

Meghan Markle previously had an animated series, Pearl, in the works with Netflix but it was scrapped in May as part of a wave of cutbacks prompted by the streaming juggernaut’s drop in subscribers.

The series, which had Sir Elton John’s husband David Furnish on board as an executive producer, was set to see a young girl inspired by Meghan – whose name means ‘pearl’ in Welsh – take on various social injustices, while highlighting the work of feminist icons.

A now-removed quote from Meghan about the series read: ‘Like many girls her age, our heroine Pearl is on a journey of self-discovery as she tries to overcome life’s daily challenges.

‘I’m thrilled that Archewell Productions, partnered with the powerhouse platform of Netflix and these incredible producers, will together bring you this new animated series, which celebrates extraordinary women throughout history.’

Director Liz Garbus was involved in the project and is now attached to the Netflix documentary.

It comes a week after Meghan Markle released the first episode of her Spotify podcast Archetypes.