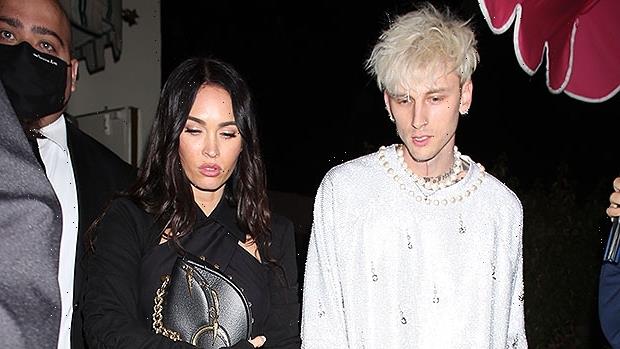 Megan Fox is ready to become Mrs. Colson Baker! Following the engagement of BFF Kourtney Kardashian to Travis Barker, sources revealed to HL EXCLUSIVELY that she is ready for the next step.

Megan Fox, 35, is ready for boyfriend Machine Gun Kelly, 31, to put a ring on it! Following BFF Kourtney Kardashian‘s engagement to Travis Barker, 45, several sources revealed to HollywoodLife EXCLUSIVELY that the sexy star is thinking about the marriage with her beau, née Colson Baker.

“Megan has looked at the engagement between Travis and Kourtney as a wonderful thing. She is so happy for them but it really has sped things up in her mind and she wants Colson to make the same commitment,” a source close to the Confessions Of A Teenage Drama Queen actress said. “She would love nothing more than to get engaged and then married to him and considers him a soulmate. And since she has recently seen how Kourt and Travis had their own beautiful engagement, it’s pulled at her heartstrings — and she wants it to happen for herself very soon.”

A second source close to the situation agreed, but said the Oak Ridge, Tennessee native doesn’t want to follow in the famous footsteps of her Kardashian counterpart just for the sake of being engaged. “Megan has really come to adore Kourtney like a sister. She loves how much they all get along as two couples, and it’s always a blast when they hang out. Of course, Megan would like the same for herself with Colson after seeing how special their proposal was,” the source said. In recent months, Kourtney and Megan have been inseparable — even co-starring in a sexy campaign for Kim Kardashian‘s SKIMS.

Notably, Megan just finalized her divorce from ex Brian Austin Green earlier this month after a decade long marriage. The pair announced their separation in May 2020, with Megan officially filing for divorce in Nov. 2020. Megan and Brian, who share sons Noah, 8, Bodhi, 7, and Journey, 4, settled with no pre-nuptial agreement, per court documents. 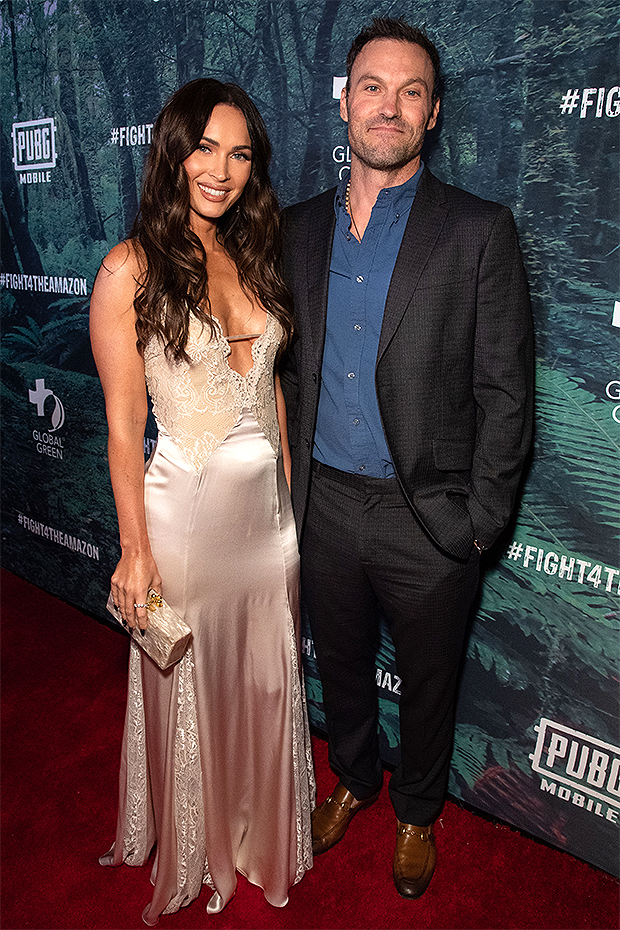 Megan linked up with Machine Gun Kelly shortly after her separation from Brian. The brunette beauty and “Bad Things” singer first connected while filming movie Midnight in the Switchgrass together in early 2020. “It was definitely a vehicle – I’ll be honest – for me to meet Colson. I knew he was gonna be in the movie, but the universe was just like, ‘Go do this. There’s something about this experience that’ll be really rewarding for you,” she said in during an interview with Who What Wear.

A third insider revealed Megan and Colson’s “connection” is deeper than anything she’s ever felt. “Megan also knows that things happen for a reason and she knows how deep her connection is with Colson. It’s like nothing she has ever experienced and she wouldn’t give it up for the world. She knows what is meant to be, will be and that’s all that matters,” they said.

Notably, Machine Gun Kelly has not been married before, but he does have a daughter Casie, 13, with ex Emma Cannon.