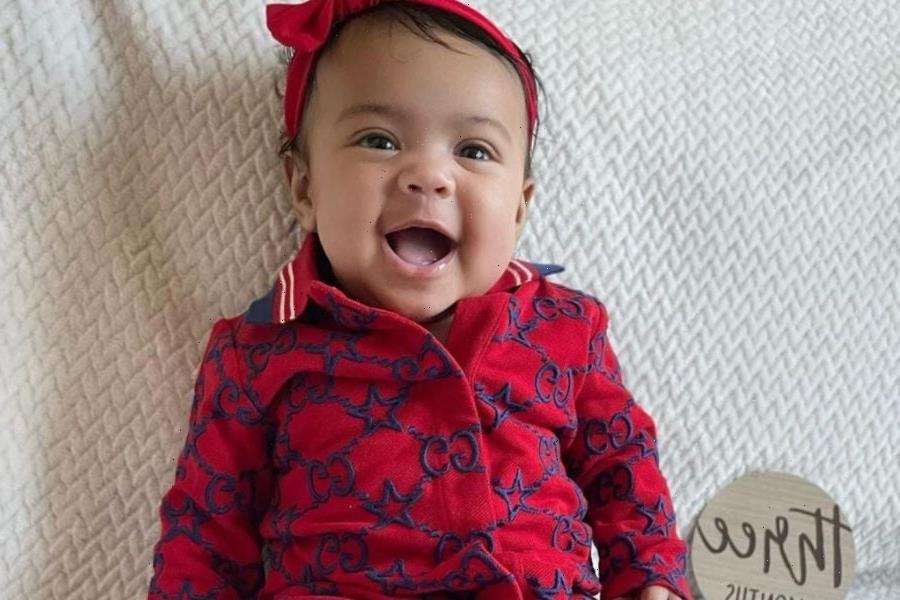 Chris Brown is celebrating a relatively new addition to his brood. The R&B star uploaded an Instagram story late this week of his youngest daughter, Symphani, who just hit the three-month mark.

The cutie pie’s name is Symphani Brown and Chris had her with Instagram model Diamond Brown.

Diamond announced the arrival of their child back in January on her Instagram page.

“The princess is here! Lovely Symphani Brown,” she wrote. “My sweet babygirl, it’s been a whole day you’ve been in the world and have already shown me the true meaning of life. I promise to love and protect you always. Forever yours, mommy.”

For those who may have been following Diamond, they’ve watched the cutie grow from month to month. But for those who haven’t, heeeeere’s Symphani!

This is Chris’ third child—he has two others, which you’ve likely seen him showing off on social media. The oldest of the tribe, Royalty Brown, is his oldest daughter whom he shares with model Nia Guzman. They were reportedly good friends for years before Guzman found out she was pregnant. Royalty often reminds fans of a little Chris as she seems like a natural performer and is far from camera shy.

Chris also has a son named Aeko Catori Brown who is two years old. His mother, Ammika Harris, gave birth to him in November 2019 and he’s arguably the multi-talented artist’s twin.

The daddy of three seems to be enjoying the fatherhood journey. We’re glad we get to see him in that element too.