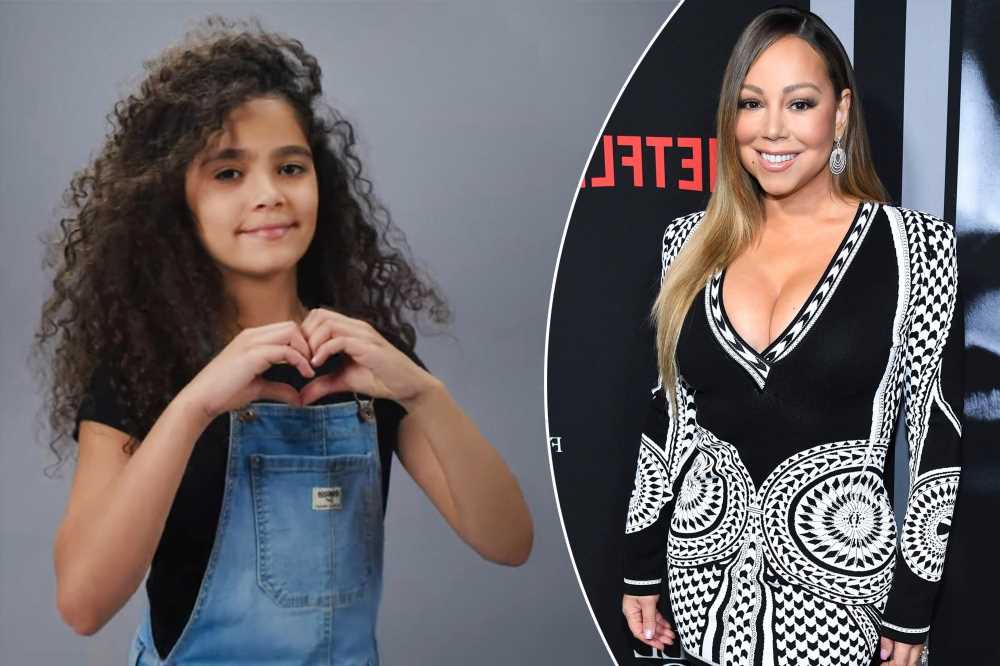 Mariah Carey belts out a high note after getting COVID vaccine

Mimi’s got a mini-me.

Mariah Carey’s 10-year-old daughter Monroe is literally following in her famous mom’s footsteps, portraying a younger version of the “We Belong Together” singer in a new ad for OshKosh B’Gosh.

The back-to-school campaign, called “Today Is Someday,” casts adorable kids as the childhood versions of Carey, Muhammad Ali and Outkast.

Monroe, whom Carey shares with ex-husband Nick Cannon, channels her superstar mom at age 10, wearing overalls and posing up a storm while singing into a hairbrush and scribbling down lyrics in an imagined scenario from 1980.

“Someday, it’s gonna be different. The melodies that live in my head, someday they’ll live at the top of the charts. The songs in my heart will touch millions of hearts,” Monroe says in the video.

“As a little girl, I was determined to realize my dreams. Now as a mother, it brings me so much joy to see my children visualize and develop the dreams they hold in their own hearts,” Carey, 51, told People.

“We did the campaign because we love the message of empowering kids to dream boldly and blaze their own path.”