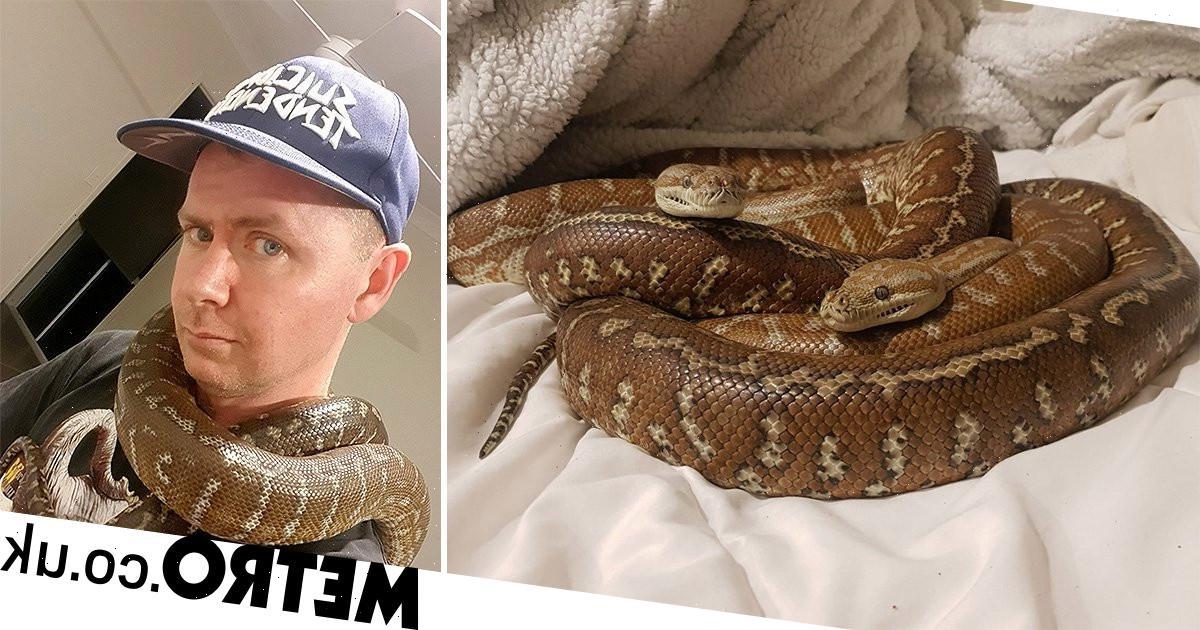 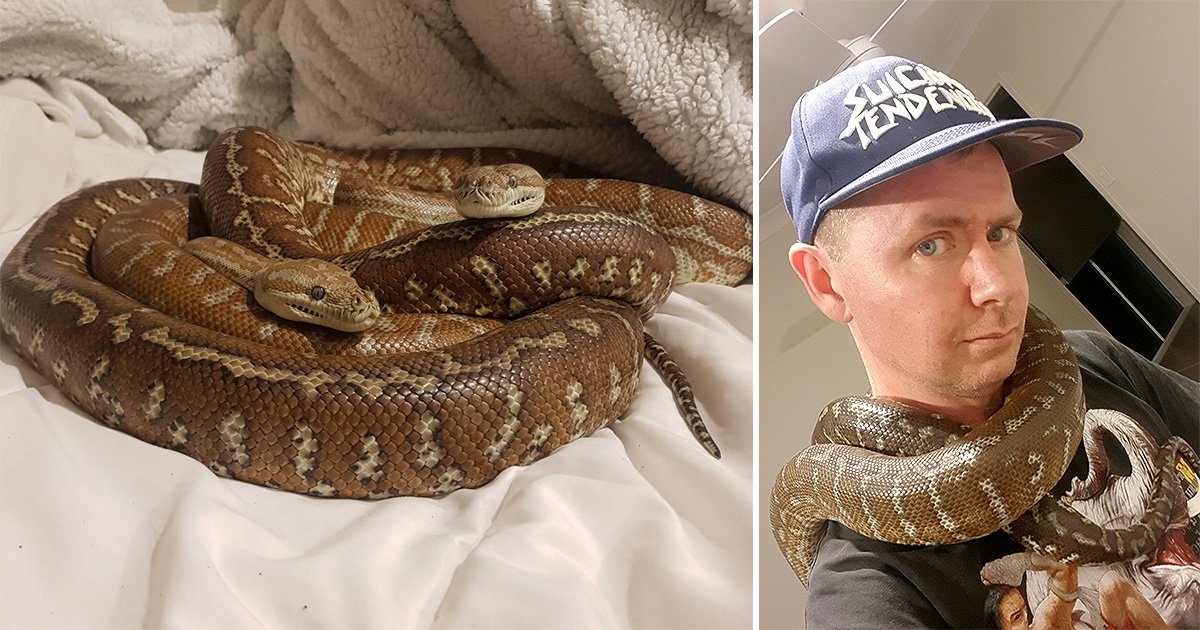 A single man who shares a bed with two 8ft long pythons is looking for a new (human) bedfellow.

Johnny Walker, 40, from Queensland, Australia, is looking for love with someone who’ll understand his rather unique sleeping arrangements.

Johnny sleeps next to his two eight-year-old Bredli carpet pythons, Jasper and Cairo, who he’s had for two years.

The electrical salesman says women think he’s ‘out of his mind’ when he shows them photos of the two snakes snuggled up in bed with him.

Even though he’s endured his fair share of nasty bites in the four years he’s been handling snakes, Johnny says his pets are like family to him, and he needs to find someone who’s willing to accept the trio as a package deal.

He said: ‘People are scared about coming over, but I don’t know why.

‘Previous girlfriends would leave me instantly when they saw them and say: “I’m not dealing with those”.

‘Now when I show girls the pictures a lot of them think I’m out of my mind.

‘They slither up onto the bed and I leave them there because they like to be under the covers and warm.

‘When I go to bed usually one of them is already in there by himself, so I’ll just get the other one, and they usually just snuggle up together.

‘I never worry about them biting me or wrapping themselves round my neck, they just stay there all night, and they love it.

‘They won’t have moved when I wake up in the morning.’

Johnny has been passionate about snakes since he was six years old.

He visited Indonesia 12 times in the two years before the pandemic, catching and handling wild snakes.

He’s handled more than 100 snakes so far, and says every bite he’s been given was his own fault.

Johnny now has a two-storey snake enclosure in his living room for Jasper and Cairo.

The two pythons will stay in there while Johnny goes to work, but have a free rein of the house when he gets home.

Johnny says the snakes even come up and greet him ‘just like a dog would’ when he gets home from work and lets them out.

Even though the snakes’ appetites are satisfied for a whole ten days after eating one kitten-sized rat, the two still make Johnny’s guests a bit nervous.

Even Johnny’s own father is squeamish, and hardly ever visits because of the pythons.

Johnny said: ‘Everybody freaks out whenever they come round

‘I take them out onto the front lawn in the sunshine and I’ve had a couple of people freak out pullover and ask me if I’m okay because I think that the snakes are attacking me.

‘My own father is worried about coming over to the house.

‘But the snakes would never hurt me intentionally.

‘They are just like family pets and I love them like anyone else would love a pet – whatever it is.’