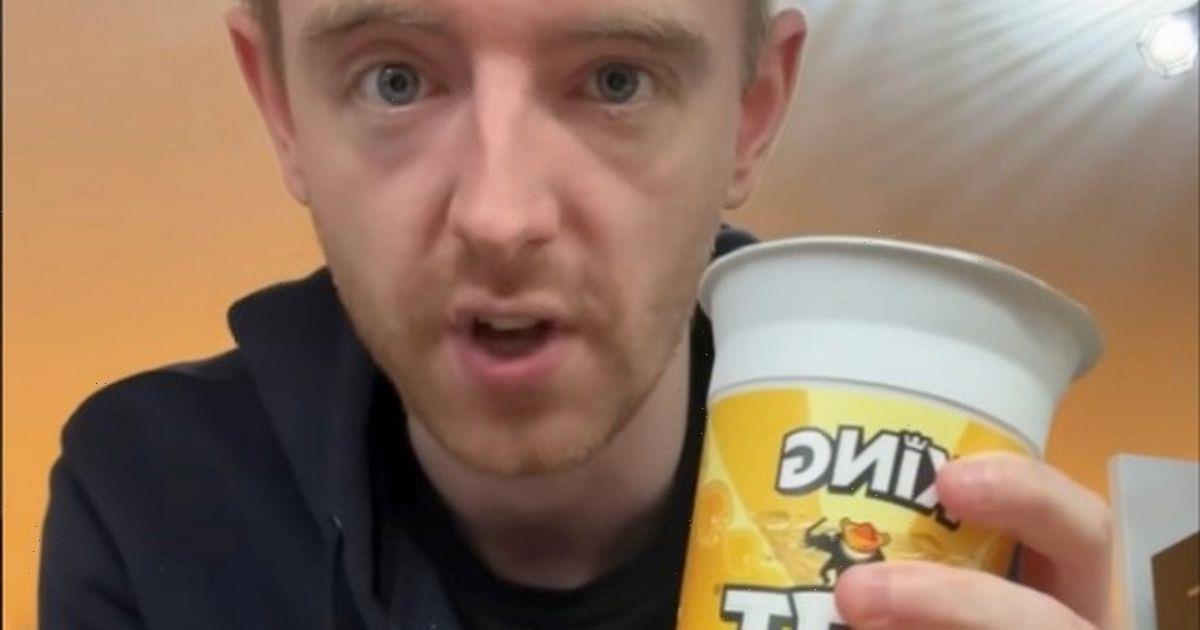 A Come Dine with Me star has revealed the difference between a regular size Pot Noodle and a king size version – and he wasn't impressed.

Darren Dowling, who posts on social media as Dazza, did a test on the supermarket staple after fans noticed the stark difference in the packaging.

"I'm gonna need to break into this and see if there is any space underneath the noodles in the king size Pot Noodle," he said in a TikTok video while cutting up the pot.

"Oh my God," he said and grabbed a pack of noodles from a regular pot and compared it to the one from the bigger version.

"My friends, we have finally discovered you get the exact same amount of noodles!"

He then poured the same amount of water into both regular and king size Pot Noodles "to see if there's any difference".

After a four-minute wait, he removed the noodles from the pots and measured the weight.

He said: "The grammage of a large Pot Noodle – 353 grams. The regular noodles – 332 grams. You get an extra 21 grams of noodles in a king size pot noodle.

"The king Pot Noodle is slightly more soupy but you get the exact same amount – there is absolutely no reason ever to buy a king size Pot Noodle. Save your money.

Viewers, however, were not too surprised by what he found and said the print label indicated a 27% difference in weight.

One said: "It says the weight on the side of each pot. As well as the calories per pot."

"Or you can just take out the noodles and weight them," a second wrote and a third added: "At most the supermarkets I go to, king Pot Noodles are always on offer for cheaper than a regular Pot Noodle anyways.