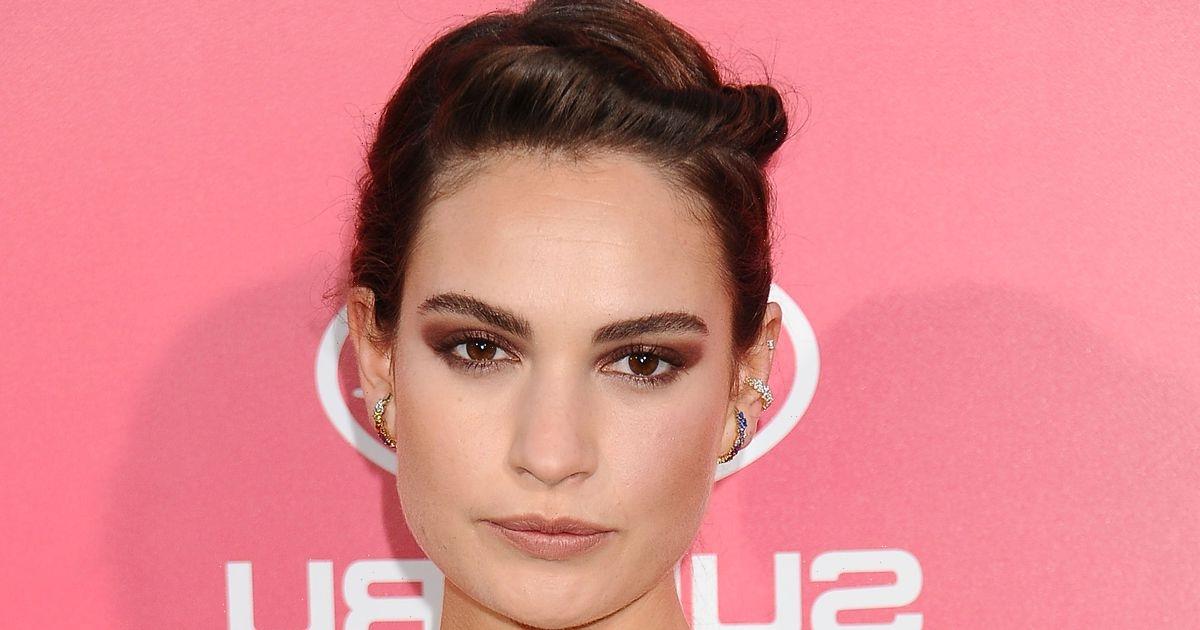 Join the OK! VIP newsletter and receive big exclusives to your inbox before anyone else!

Lily James stole the hearts of the nation when she played the all singing and dancing young Donna Sheridan in Mamma Mia.

But the Brit-born beauty has just announced she’s hanging up her overalls in favour of some black leather pants, as she shares a first look at her portrayal of Pamela Anderson on Hulu’s new biopic, Pam and Tommy.

The 32 year old took to Instagram to upload the snap of herself made up to look like Pam – complete with sparse 90s eyebrows, fringed blonde hair, and some seriously smoky eyeshadow.

“‘It’s great to be blonde. With low expectations it’s very easy to surprise people’ – Pamela Anderson,” she captions the image.

You’d easily be forgiven for thinking the snap was of the real Pamela, as the likeness is uncanny – something that hasn’t gone unnoticed by her followers.

“Omg you are a shapeshifter,” marvels one fan, while another notes: “Lils you look amazingly like her!”

Lily’s costar Sebastian Stan, who plays her on-screen beau and Mötley Crüe drummer Tommy Lee, shared another look at their characters over on his Instagram, with one black and white image depicting the two of them on set.

The Falcon actor also looks completely different from his usual self, as he gets a tattooed makeover to look more like Tommy.

Not much else has been shared about the miniseries, except that the eight episodes will be filmed this spring, but we’re hoping Lily and Seb share some more footage from the filming on their Instagram accounts.

Pamela’s iconic 90s look seems to be having a resurgence as of late in the celeb world, with A-listers like Kendall Jenner bringing her look back to life for themed parties.

Kendall stunned us all last Halloween when she transformed herself into the Baywatch star, in a look that fans branded “the best” costume of all time.

You’d think Pam, now 53, would be loving the attention but it’s been reported that she’s not actually so keen on copycats, and most definitely not keen on the new Pam and Tommy series.

"Pamela has no intention of watching this God awful show, absolutely not. Never," a friend of Pam’s reportedly told The Sun.

Well, we can’t wait to see it!