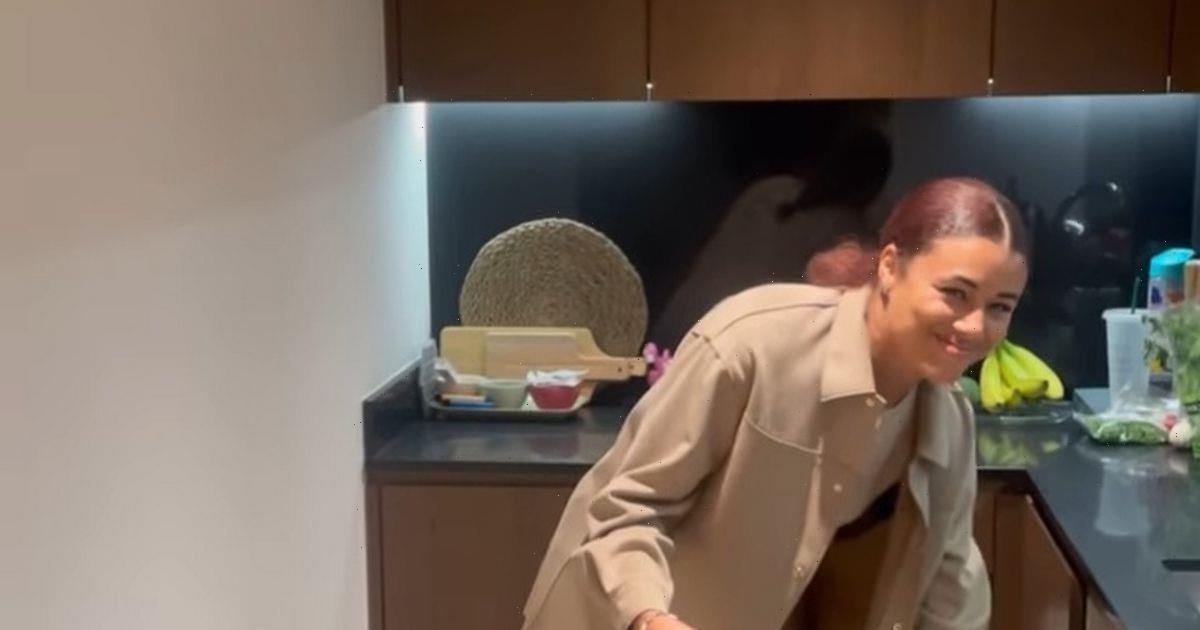 SinceMarried At First Sight UK's Chanita Stephenson and Jordan Emmett-Connelly tied the knot just over a month ago, fans of the show have quickly fallen in love with the couple.

Despite only meeting for the first time on their wedding day, Chanita and Jordan, both 29, have gone from strength-to-strength, with some viewers calling them a “perfect match”.

And after moving in together as part of the experiment, the pair took their relationship to a whole new level as they navigated their new marriage all while living together under one roof.

While fans may have caught a glimpse of the London property during the pair’s dinner parties, Jordan has taken to his Instagram to give viewers an even better look around the swish pad.

Kickstarting the tour, Jordan gave his followers a peek of the apartment’s entrance area which featured a series of black and white photobooth pictures of the pair.

Making his way into the living area, the TV personality showed off the cosy sitting room which featured some very trendy sage green walls.

To spruce up the neutral living area, the room also featured a salmon pink coloured sofa which was decorated with a series of yellow and white cushions.

Elsewhere, the couple, who havebeen branded this year’s Adam Aveling and Tayah Victoria, to put their own stamp on the Canary Wharf property by adding a series of trinkets and wedding photos to the space’s two coffee tables.

As Jordan turned the camera around, eagle-eyed fans also caught a quick glimpse of the pair’s modern bedroom which was decorated with some yellow and grey bedding.

Meanwhile, in the kitchen area, social worker Chanita could be seen putting items away and burning sage as she stood in front of the room’s dark wood and black countertops.

And while the property doesn’t have a private garden, the apartment features a wall of floor-to-ceiling windows and balcony area overlooking the River Thames.

Posting the clips, the MAFS UK star wrote: “Hi, this is jordan and chan, and welcome to our crib… [house emoji] sneaky little look around the MAFs apartment for you, also featuring our weekly sage to remove the negative energy from those dinner parties [laughing emoji]”.

Following their time on the show, UK expert Paul C Brunson has said thatthe pair’s biggest challenge will be coping with the pressure of being one of the series’ strongest couples.

Speaking to OK!, he said: “Each couple has their own journey. There’s obviously a bit of a hierarchy with who is the strongest couple and who is the weakest, and they’re one of the strongest, but their challenge is how do they cope with being the strongest and the pressure that comes with that.”