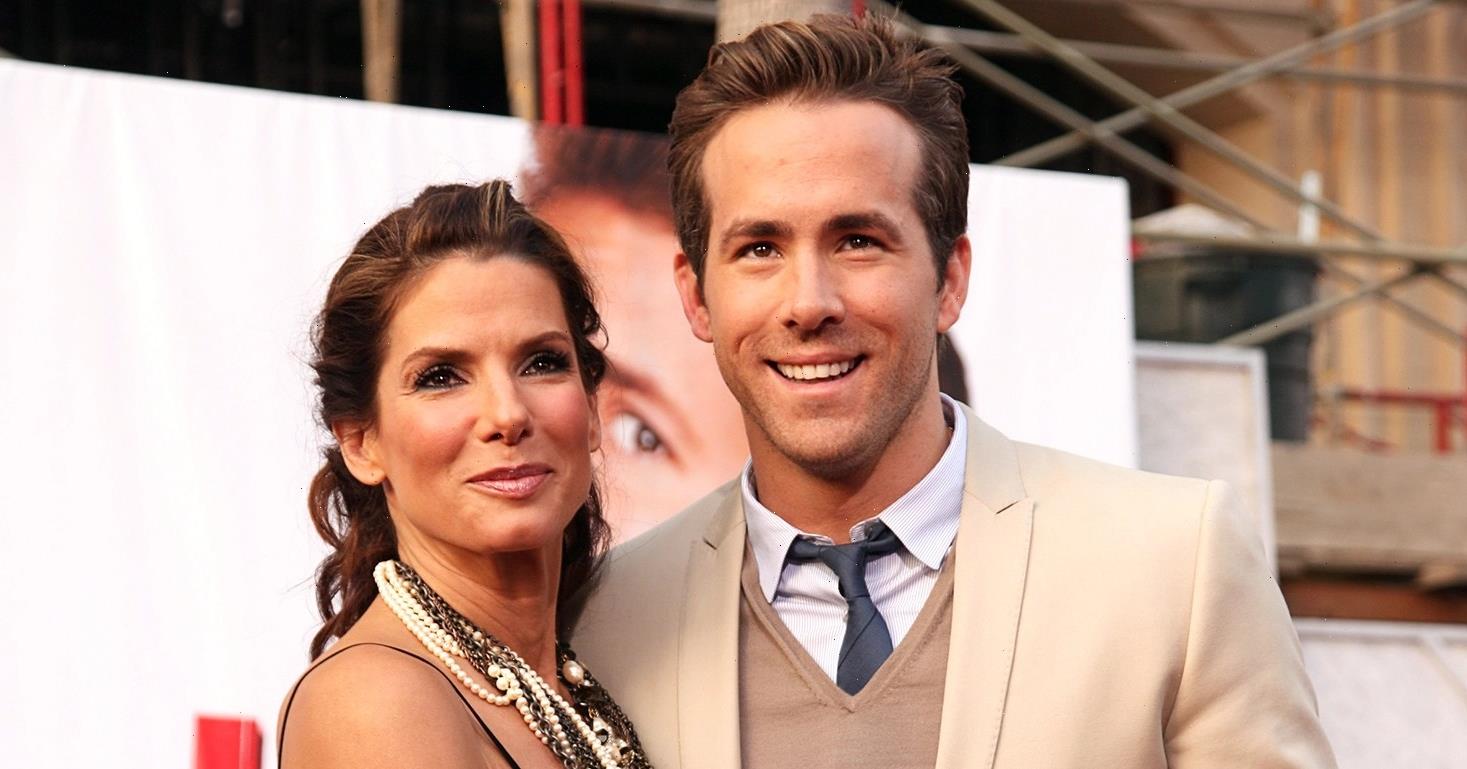 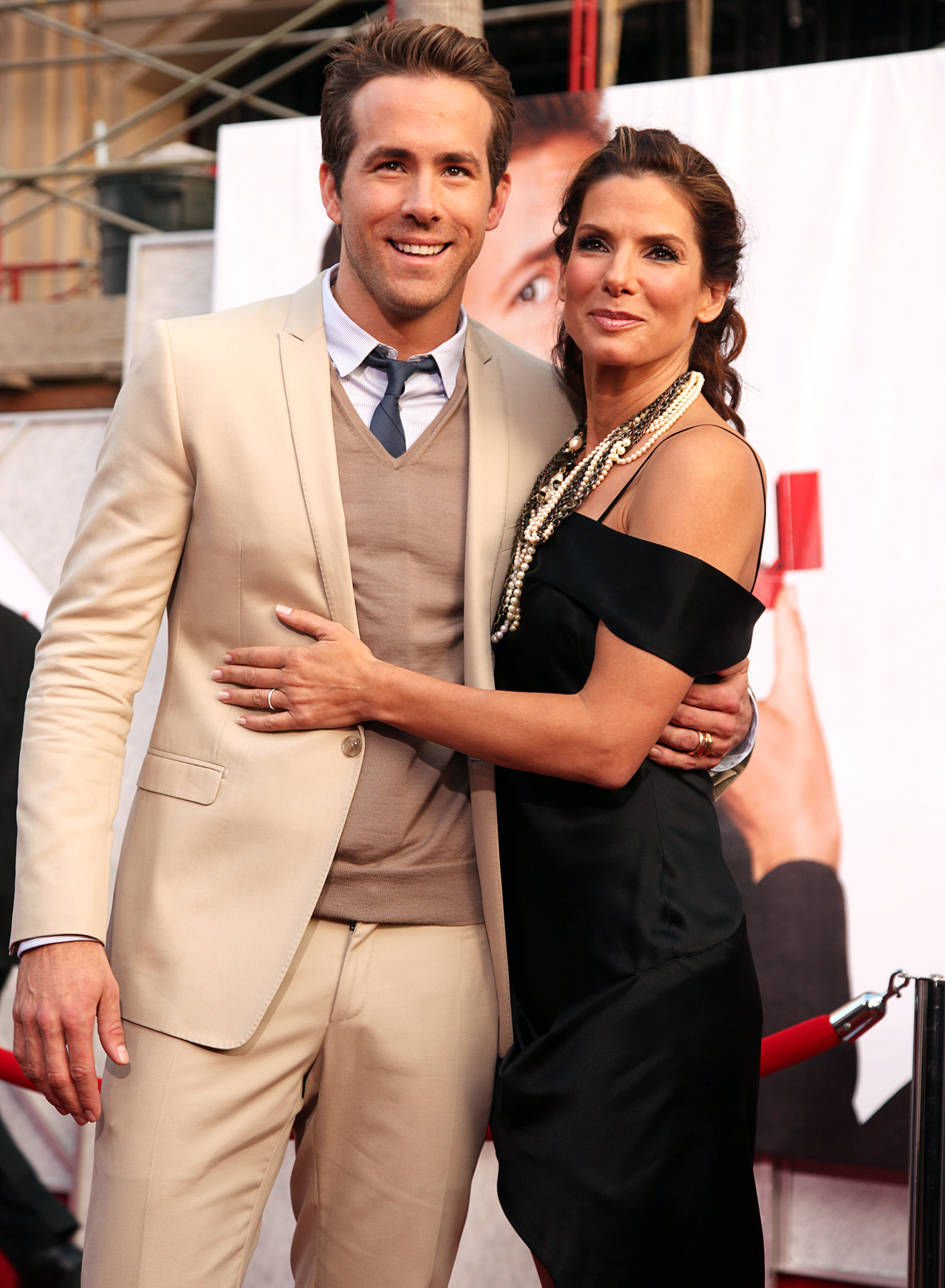 A funny moment! As Sandra Bullock and Ryan Reynolds’ characters fell in love in 2009’s The Proposal, the pair filmed a notable nude scene together — where they directly ran into one another. While filming such scenes could easily be awkward, the Bird Box star is looking back at her time on the respectful set.

“Ryan and I have known each other since we were prepubescent. We go way, way, way back,” the Blind Side actress, 57, revealed on the Friday, December 3, episode of the “About Last Night Podcast with Adam Ray” podcast. “We had to do the naked scene that day and Anne Fletcher — our director who’s just incredible, she’s great — had a closed set, which means no one’s allowed to be on there, just hair and makeup coming in to fluff and hide. Ryan and I have these flesh-colored things stuck to our privates, my hair is strategically over the nipples and Ryan’s little — not little, at all — It’s just whatever’s there, and I don’t know because I didn’t see it, I didn’t look!”

While she noted that the 45-year-old Canada native’s coverings were “stuck wherever it needed to be stuck” to complete the running stunt, Bullock explained that the pair “couldn’t really move” between takes.

‘Miss Congeniality’ Cast: Where Are They Now?

“He was on his back with his knees up, and I’m on the floor just sort of resting on his knees, just waiting, and you don’t wanna look,” she remembered during the Monday podcast interview. “Then, I hear Anne Fletcher from the darkness go, ‘Ryan, we can see your ball sack!’ I’m like, ‘Oh, God!’ because you wanna look down but I’m like, ‘Don’t look down. Don’t look down.’ … But in friendship, you just didn’t care; it wasn’t my business to look.”

The Miss Congeniality star continued: “It’s just there, and then Anne just bringing everyone’s focus to that area. Ryan was just so cool. Unflappable. He is absolutely unflappable.”

In the film’s scene, Bullock’s character Margaret is looking for a towel after taking a shower where she abruptly runs into her nude assistant turned fake fiancé, Andrew (Reynolds), who’s just returned from a jog. After the onscreen pair’s unexpected encounter, Bullock exclaims, “Why are you naked?” just as Reynolds asks, “Why are you wet?”

Before filming the comedic scene, Bullock admitted to podcast host Adam Ray that she only agreed to film a naked scene if she “can be humiliated and funny.”

“You will not see me trying to attempt being sexy naked — in real life or onscreen,” she explained. “There’s just no point in it! It was for that reason, with a friend that you trusted comedically, and safety-wise I knew I was in the presence of safety.” 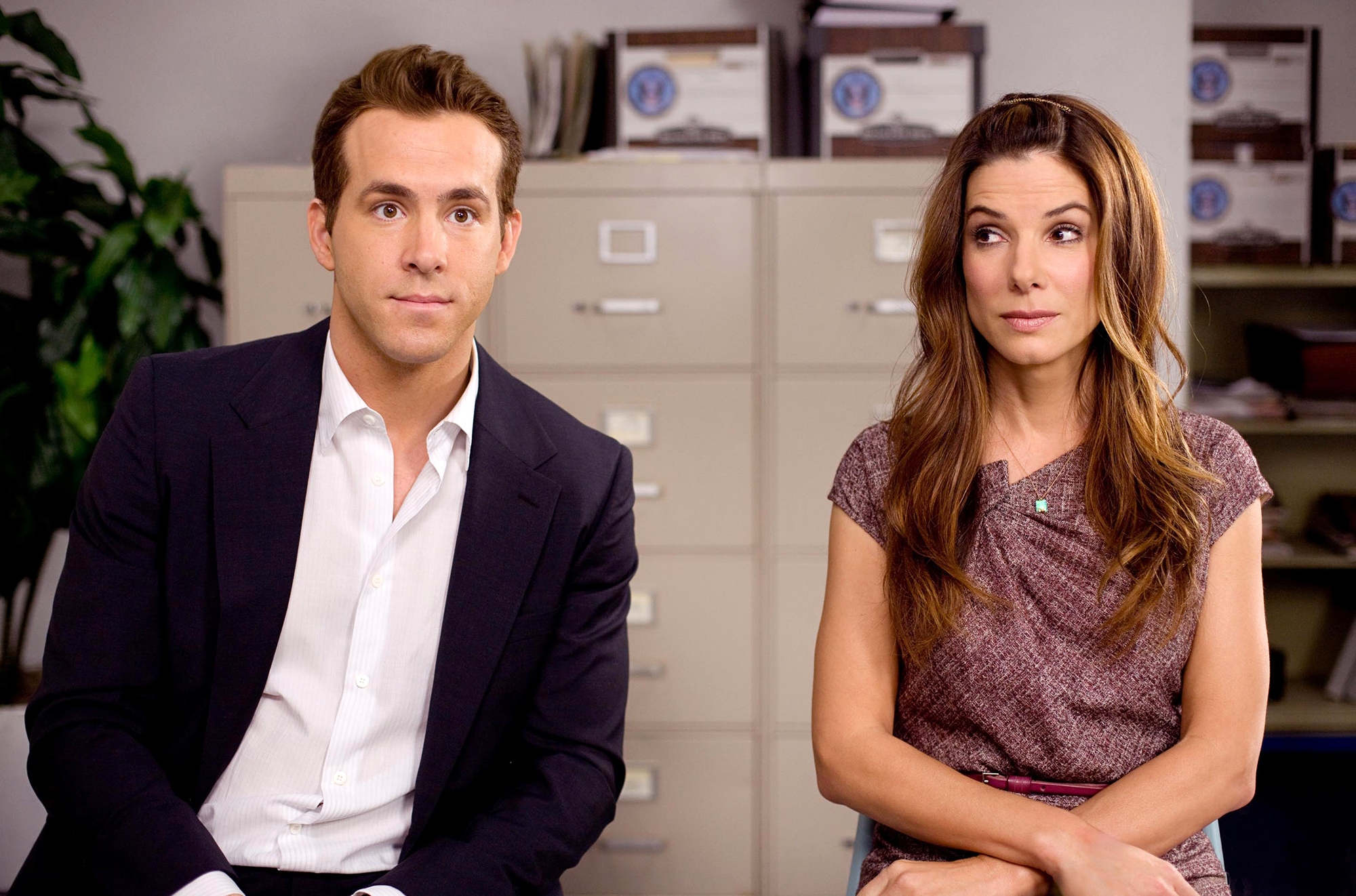 Bullock, who initially was hesitant about filming the romantic comedy, changed her mind after reading the script and discovering the Deadpool star would be her costar.

Best Rom-Coms to Watch When You’re Stuck at Home

“Well, I’d initially said, no because that ‘RC’ word [romantic comedy] was attached to it, I had no desire,” the Virginia native explained to Glamour UK in November 2009. “And then someone I know very well said, ‘Just read it and then you can have an opinion about it.’ And I read it. And I was really upset because it was so well written. The problem, though, was who can direct a comedy like that? Who can raise the bar? Who are you going to cast? And they said, ‘What if we cast Ryan Reynolds?’ I’ve known Ryan for a while, so as soon as they said that, it made it a lot more difficult to say no to.”

At the time, she also dished on what it was like to film the naked scene in the now-popular flick, which costarred Mary Steenburgen, Craig T. Nelson and Betty White.

“If I was going to do my full nudity in my career, this was the perfect time to do it. If I can do it for a joke, yes, and Ryan and I wanted the laugh,” Bullock told the magazine at the time. “We wanted it to be something you’ve never quite seen before. We said, ‘OK, we just gotta [do it]; just warn the crew, you know, don’t eat your lunch ‘cause it might get ugly.’ But everyone was on the same page.”