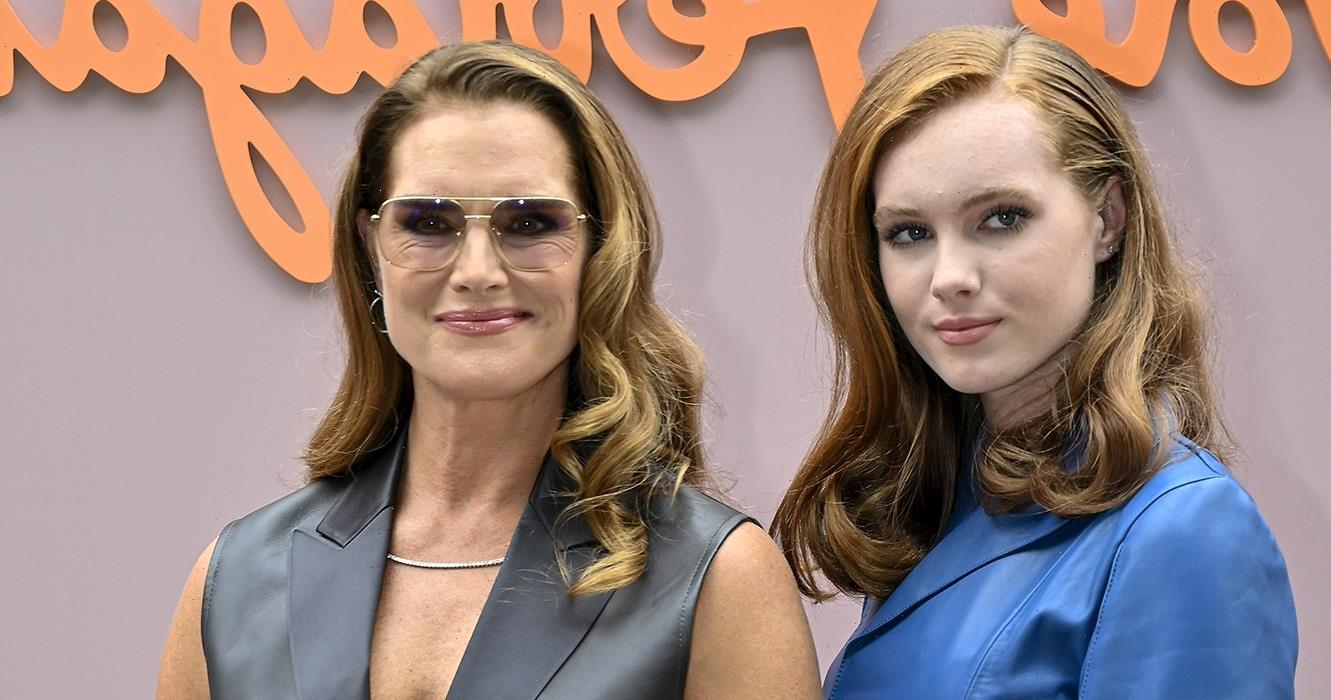 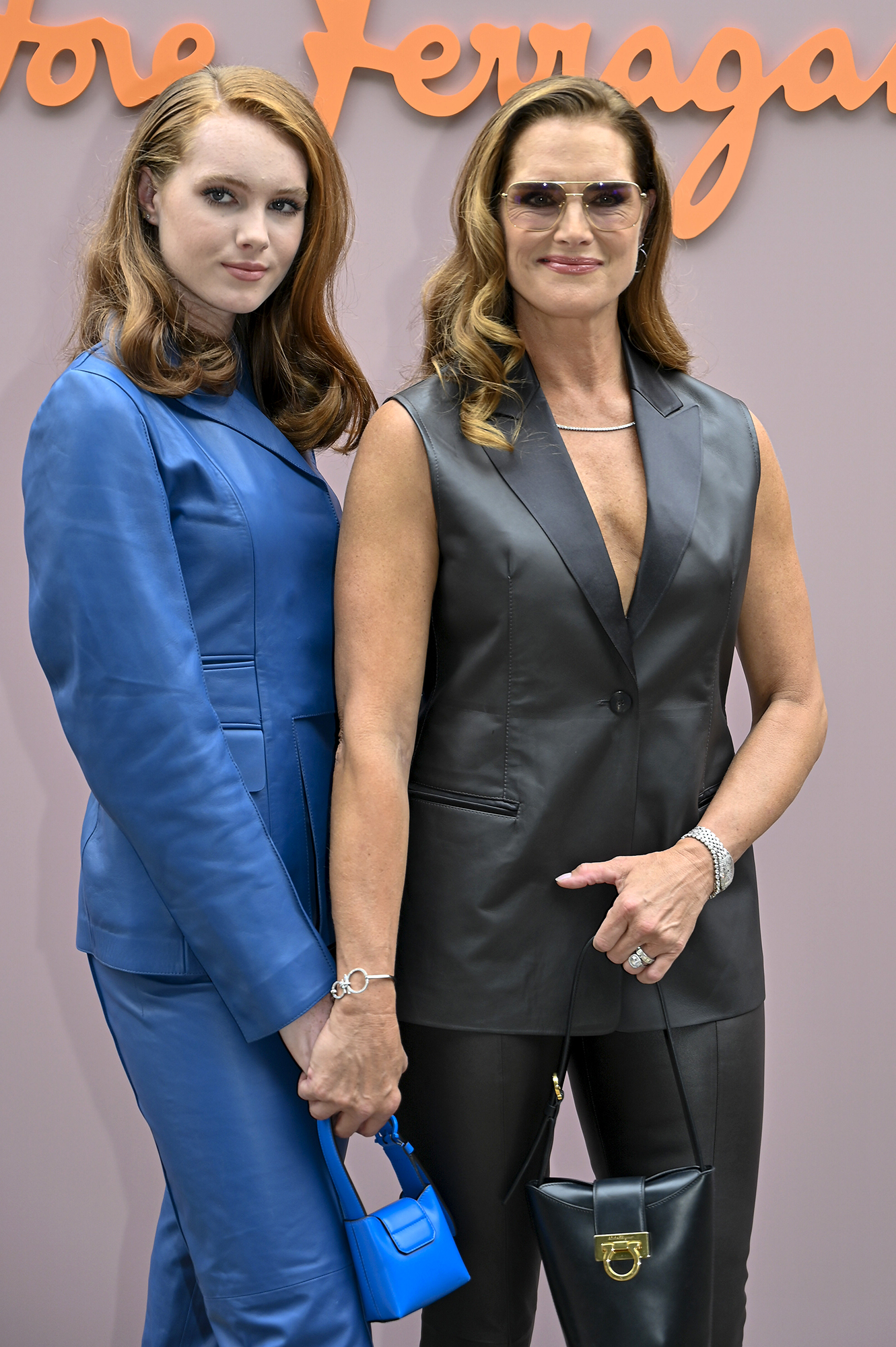 Teen time! Brooke Shields’ eldest daughter, Rowan, is in her freshman year at Wake Forest University, but her 15-year-old daughter, Grier, is still at home.

Celebrities and Their Look-Alike Kids: Salma Hayek and Valentina, More

“It’s so much fun,” the actress, 56, sarcastically told Dax Shepard and Monica Padman on Monday, December 6, of raising teenagers, calling Rowan and Grier “18 and a–hole,” respectively.

“[Grier] just FaceTimed me about this dress that she wants to buy, and I’m trying to tell her what is the best plan of action to get said dress. … Then I get a text saying, ‘I really don’t appreciate the way you talk to me,’” the Down Came the Rain author said during the “Armchair Podcast” episode. “[She] shocks me at times. She’s a social justice warrior. She can take an argument. I’d love her to be a prosecutor.”

The New York native shares her daughters with husband Chris Henchy, and the girls’ relationship with their dad is “special,” Shields gushed. 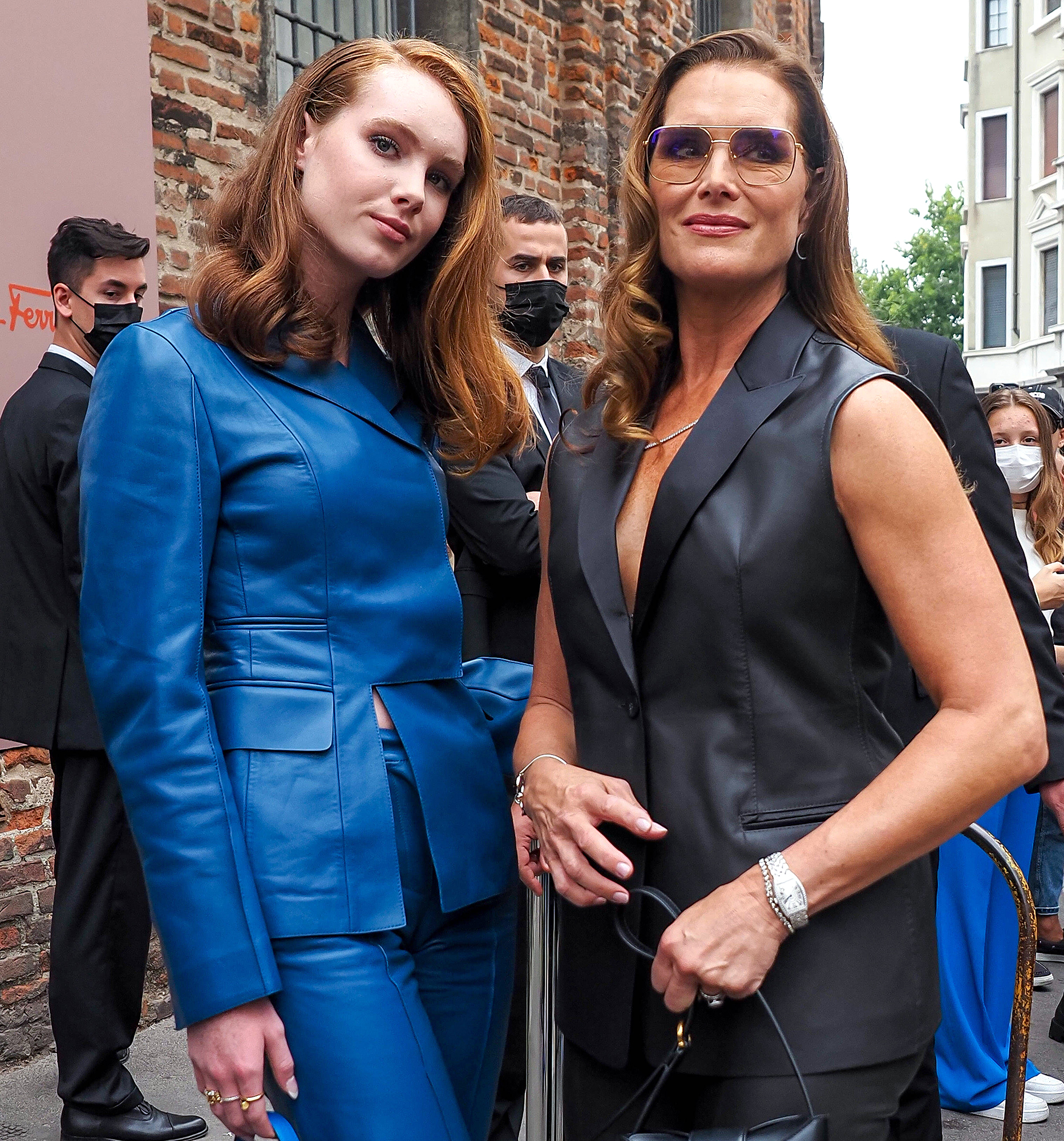 “Their dad is kind of their first love,” the Pretty Baby star went on to say. “But my girls tell me everything, and it usually ends up with, ‘Don’t tell dad.’”

Monday’s interview was not the first time that Shields publicly called one of her children an “a–hole.” When she filmed a TikTok video with Rowan in May 2020, the teen hit her in the face with her bag. “So apparently this was for a TikTok. Utter disbelief,” the former model captioned the footage via Instagram at the time, going on to ask, “You meant to do this? That’s an a–hole move. … I have a fat lip.’”

While raising Rowan and Grier, the Endless Love star has been intentional about teaching them how to work hard, even telling Us Weekly exclusively in September 2020 that they have summer jobs.

“They got a paycheck every week,” the Princeton University grad explained at the time. “This was their hard-earned money. And they realized how hard it was to get that check, that piece of paper. At first, they just handed [the checks] to me and said, ‘Well, can you put this somewhere?’ And then it became, ‘OK, let’s show you how this works.’ There are baby steps. … It’s a good launching-off place to talk about finances because little kids and even teenagers think that things just happen. The idea that everything that we work for goes into those things that they think just happen.”