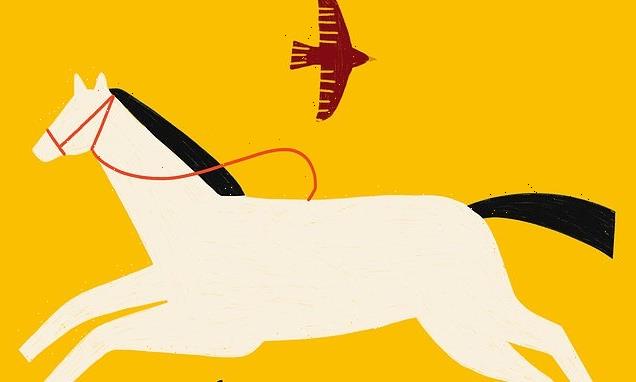 Liz Jones’s Diary: In which I wish I’d been more confident

It’s exactly three years since I fell off my horse Swirly when she shot off, due to something in the hedge – a bird, Nic’s dog Charlie, a leaf – and I came off, landing heavily, breaking several ribs. Even wearing a body protector didn’t save me from injury. I’ve only had the courage to sit on her once since. 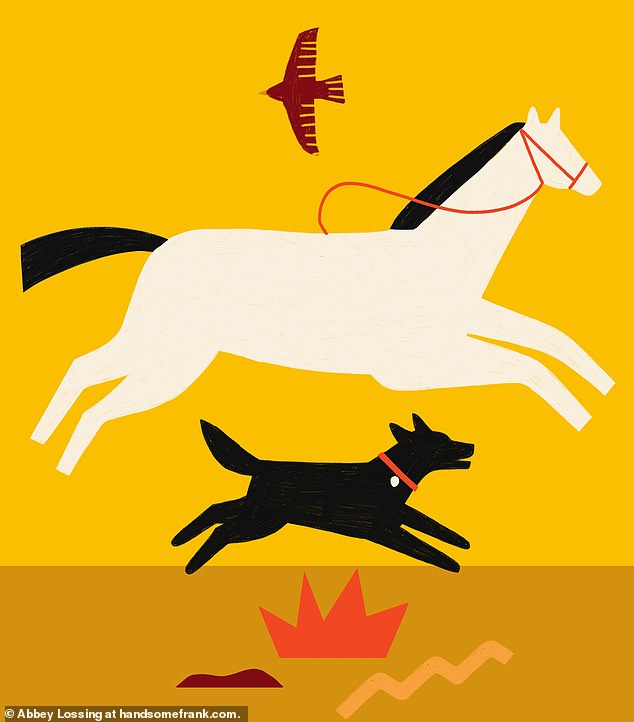 I paid someone to exercise her three times a week, but then Covid happened, and she said she could no longer ride; odd, as it takes place outside, on your own. Since then, Swirly has been retired. Which is fine for her, as she has huge hilly paddocks, her horse boyfriends, freedom. A shame for me: £1,250 last month alone in feed, bedding, farrier, rent of stables and field.

I look at her expensive, unused Balance saddle in the tack room and feel a failure. With my assistant Nic off with a bad dose of Covid (it’s floored her, even though she’s vaccinated), I spend six hours a day looking after her horses as well.

It’s all my own fault, the situation I find myself in. I’ve never been confident enough to put my own selfish needs first. In disputes, I’ve always given in. I never trust my gut. I never put my foot down and say no. I was bullied from the age of five, and my parents either didn’t spot it or didn’t feel brave enough to protect me.

Consequently, I’ve spent my life afraid of everything. My first period. First bra. Boys. School. Work. Hotel receptionists. I look at people walking their dogs and they are so relaxed, happy, smiling! Me? I’m terrified something bad will happen. I’m only safe once we get back indoors. Even then, I’m afraid of a knock on the door: a hangover from when I was being made bankrupt. Going through that ordeal, I should have been tougher, refused to give in.

But I was too scared. Even the lawyer I was forced to hire to help me would scare me: ‘You will be made to live under a stone.’ A friend said to me the other day that, ‘I’ll never lose my house. I’m not stupid.’ I’m not stupid. I was just too nice. There’s a reason people are rich.

I must go back to the horses now, as one of Nic’s needs his hay soaked for precisely one hour: I’m always on deadline, never a moment to myself. I’ve been too busy to think about it, but I still have the message from an ex, shimmering like an unexploded bomb, telling me he has broken up with his (much younger) girlfriend.

I could reply, tell him that I’m not the vaginal equivalent of a courtesy car. I could whine and say, ‘Why did you not ask after Gracie? Why is it always all about you?’

Instead, I ignore him. I am not someone’s second best.

I think it’s life’s bitches who get ahead. I wish I had more courage. I was just walking my dogs at the end of a long, long day when I bumped into a semi-famous man. I nodded, walked on. What did he do? He said, ‘How are the new eyebrows?’

Jesus, can people please stop reading things I write? If I bumped into Paul McCartney, I wouldn’t say, ‘How are the plans for Glasto going?’ I would just smile and look away.

I replied, ‘Oh, OK, thanks. Beware of the next instalment.’

But d’you know what?

Instead of turning pink or mumbling, I replied, with a Beyoncé swagger, ‘I don’t need one of those, thanks very much. I have the body of a teenager.’

Except I didn’t say body. I was referencing David when I said that line, directly quoting him from the first time we ever had sex. Oh, David. Love of my life.

I wish you’d tried that little bit harder. We’d be happy by now. I’m certain of it.

Join Liz and her trusty (long-suffering) assistant Nicola as they dissect her weekly YOU magazine diary and delve into the archives to relive the bust-ups, betrayals, bullets… and much more in this brilliant podcast. They’re outspoken, outrageous and utterly hilarious. Listen now on Apple Podcasts, Spotify, Google Podcasts and mailplus.co.uk