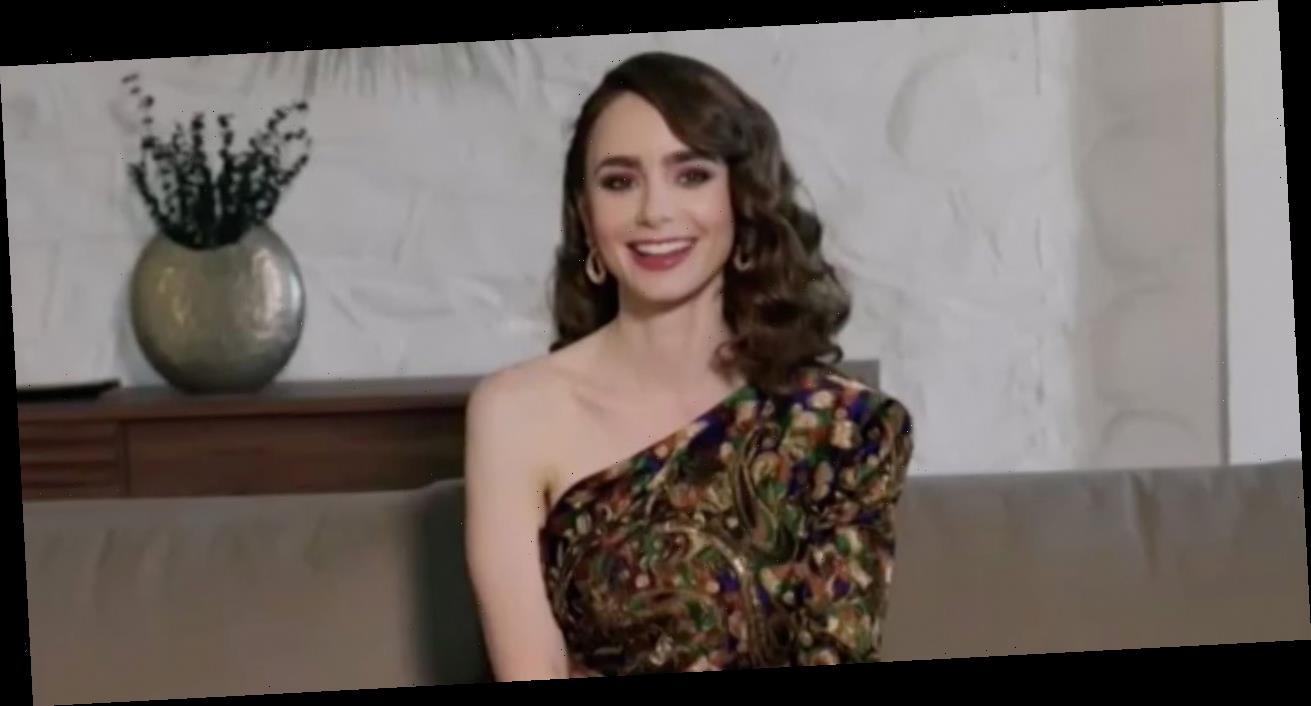 Lily Collins's Zuhair Murad stunner at the 2017 Golden Globes is still one of the most talked-about red carpet looks from the big show but at the 2021 ceremony, she gave that ornate, pink naked dress some competition. Nominated for Best Television Actress – Musical/Comedy Series for her role in Emily in Paris (yes, that Emily in Paris), tonight brings Collins's Golden Globes tally up to two nominations after her first for Best Actress – Motion Picture – Musical/Comedy for Rules Don't Apply.

But it's not just Emily in Paris that earned Collins a headline (she also produced the show, FYI). Her film Mank also earned nominations.

Collins wore a '70s-inspired one-shoulder patterned gown to the virtual ceremony, complete with voluminous waves and a dark pink lip. "I tried to share the excitement with @redforddog but maybe it's still too early for him… so honored to be nominated for a Golden Globe!" Collins wrote on Instagram when her nomination was announced. "I'm beaming for both my @emilyinparis family (my first project as a producer!) – and the incredible @mank team. What a wild morning! Ecstatic and grateful doesn't even begin to cut it…"

Collins's last Golden Globes gown earned her a spot on a list for The Prettiest, Most Princess-Worthy Dresses at the 2017 Golden Globes and tonight's pick was equally winning (though the vibe couldn't have been more different).