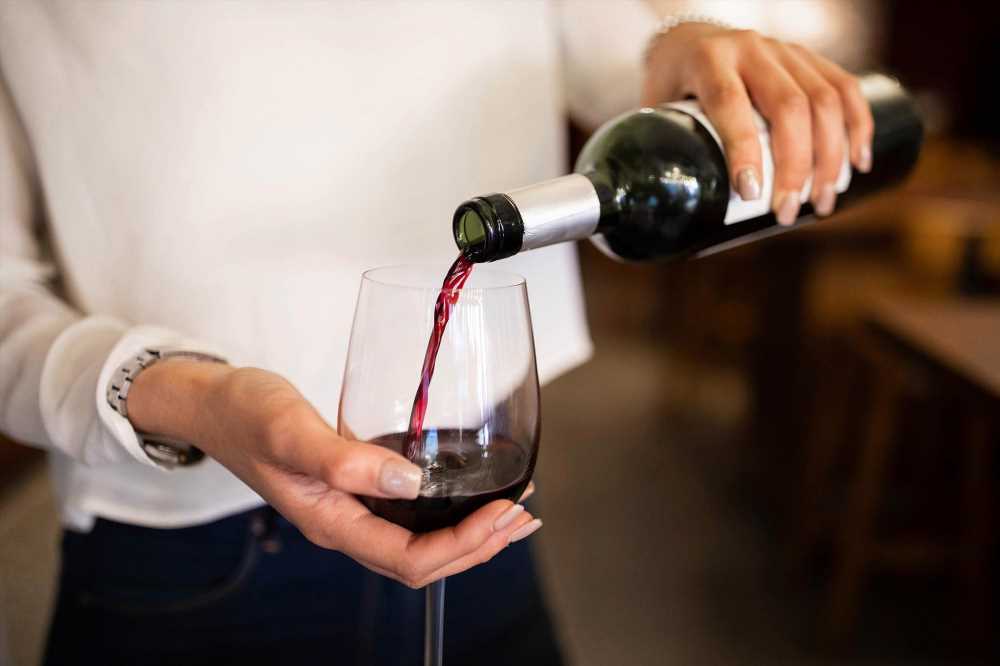 This news deserves a toast.

While research on drinking is abundant — and abundantly inconsistent, at times — conventional thinking would suggest that people with cardiovascular disease, known internationally as CVD, should reduce alcohol intake, which can increase blood pressure and contribute to other risk factors.

However, new findings reported Monday have shown that light to moderate drinking may be a boon to heart disease patients, who were determined to be less likely to suffer a heart attack, stroke or angina while consuming up to 105 grams of straight hooch per week, as opposed to those who stay sober.

That’s about a six-pack of beer or a whole bottle of wine — and then some — according to the new report, published in BMC Medicine.

Data compiled from the UK Biobank, the Health Survey for England, the Scottish Health Survey and 12 prior adjacent studies — observing a total of 48,423 British adults — led researchers to their surprising conclusion.

However, there is a caveat.

“As alcohol consumption is associated with an increased risk of developing other illnesses, those with CVD who do not drink should not be encouraged to take up drinking,” said Chengyi Ding, a corresponding author in the study, in a press release.

In the US, one standard pour — a 12-ounce beer, 5 ounces of wine or a 1½-ounce shot — contains approximately 14 grams of ethanol.

Researchers found that adults who drank a relatively light average of 6 grams of alcohol per day benefited from a 50% lower risk of recurrent heart attack, angina or stroke compared to those who did not drink.

Up to 8 grams of alcohol per day led to a 27% lower risk of the same complications, including death, in cardiovascular disease patients.

And one hefty drink each day — up to 15 grams of alcohol — attributed to a “significant reduction in cardiovascular events,” too, researchers said.

Researchers warned that their analysis did not fully account for heavy drinkers within the data sets, nor those who quit drinking due to illness associated directly with drinking.

“Our findings suggest that people with cardiovascular disease may not need to stop drinking in order to prevent additional heart attacks, strokes or angina, but that they may wish to consider lowering their weekly alcohol intake,” said Ding, a Ph.D. student of epidemiology and public health at University College London.

Studies on alcohol have left some health-conscious consumers feeling punch-drunk over recent contradictory headlines — some claiming that any amount of booze is a bad thing, while others have inspired readers to imbibe. However, it is known that drinking is linked to a slew of deadly diseases, including liver disease and some cancers, not to mention the inherent risks of calamitous injury while inebriated.

Another recent study shared a sobering statistic — that alcohol-related deaths have doubled since 1999.