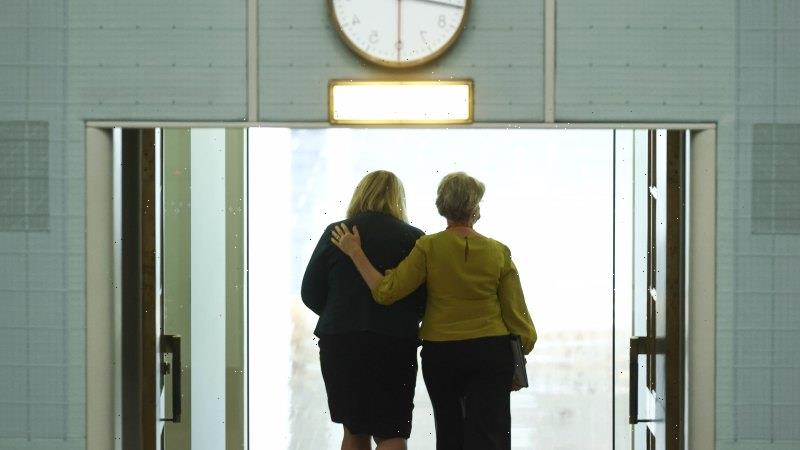 Liberal MP Bridget Archer has backed a crossbench push to establish a federal integrity watchdog, leading to chaotic scenes in Parliament and the government forced to rely on a technicality to block debate despite a majority of MPs voting for it.

Independent MP Helen Haines described Ms Archer as “the absolute lioness of the 46th Parliament” for her actions in crossing the floor. 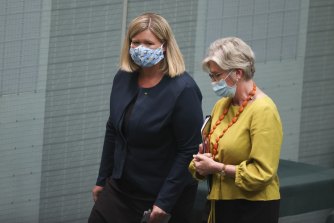 “Bridget knows exactly what happens when you break ranks, but she fundamentally believes in the whole Menzies dictum of being a member of the Liberal Party,” she said after the votes.

“Many [other backbenchers] talk about working inside the tent, many of them posture around believing in things like an integrity commission. But when push comes to shove, they don’t do what the Liberal Party says it can always do and that’s cross the floor on any vote that they like.”

Ms Archer, who represents the marginal Tasmanian seat of Bass, said politics had got in the way of creating a federal integrity body despite broad agreement across the political spectrum that one is needed.

“There’s no debate on the fact that we need one … and we shouldn’t be afraid to have the debate on what it looks like,” Ms Archer said.

She said there was a place in Parliament for partisanship and politics, but for “something as important as trust and confidence in elected officials, that’s not it”.

Prime Minister Scott Morrison promised a national integrity commission in 2018, taking it to the last federal election, but Parliament is still waiting for the introduction of legislation from Attorney-General Michaelia Cash. The government published a draft version of its planned laws just over a year ago and has been consulting on it since.

Dr Haines has legislation for a “gold standard” integrity body before Parliament at the moment, and she sought have it debated and voted on in the lower house on Thursday morning.

Ms Archer seconded her motion and all the crossbenchers and Labor supported it.

Tasmanian independent Andrew Wilkie noted the crossbenchers “represent electorates from the city to the bush, from hard left to hard right”.

“When we’re all there as one representing the community, you know what’s right,” he said.

They won the vote on the procedural motion to start debate 66-64. However, a technicality in the chamber’s rules means there had to be an absolute majority of 76 MPs in favour to proceed – a near impossibility amid the pandemic rules, with about 10 politicians from each side absent from Parliament this week.

Dr Haines said that rule was undemocratic and should be scrapped.

“The Prime Minister and the government are standing in the way now of not only the will of the people, but the will of the Parliament. This is an extraordinary moment,” she said.

Opposition Leader Anthony Albanese accused Mr Morrison of failing to act for more than 1000 days after promising an integrity commission.

The vote tested the authority of new Speaker Andrew Wallace, who only took on the job on Tuesday, amid confusion about the initial result.

He took extensive advice from the House clerks, who are servants of Parliament who know and advise on its arcane rules and procedure, and eventually put the question to a second vote, although his reasoning was not clear during the proceedings.

Independent Member for Warringah Zali Steggall said when even the Speaker had difficulty understanding the procedural aspects of what had happened, “that cannot be acceptable to the Australian people”.

“Anyone watching proceedings in the house today would have a strong sense that our democracy is broken, that the government does not have a real handle on what’s happening in the House,” she said.