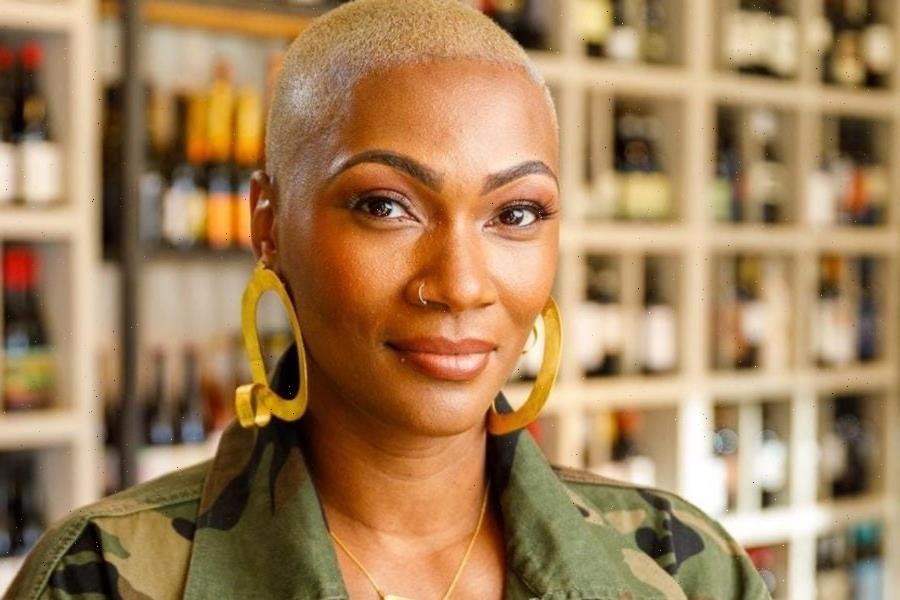 For Tahiirah Habibi, celebrated sommelier and entrepreneur, she first realized the power of wine when she was a college student.

“In the beginning it was more of a survival thing,” she tells ESSENCE. “I went to Penn State and I was in a lot of leadership positions and I mean, you know how it is being the only Black person in the room. You don’t want to embarrass yourself, you don’t want to embarrass the culture. And so I used to have to go to these receptions with the presidents and stuff like that and they served wine. I didn’t want to be up there grimacing. We get judged on a different scale, so I got into it from there.”

Habibi saw the benefit of having a great working knowledge of wines. She soon immersed herself in studying it with the hope of becoming the first Black woman master sommelier.

“I went to Europe by myself for a month and that’s when I really realized I could make a career out of it,” she says. “I didn’t see any Black people in wine. I’m from north Philly, and there were no Black people in wine. I thought, all right, well this is something. I see the effects. I see how this can work. I’m going to take this back to the neighborhood. Take it back to the people, help empower people.”

Habibi ultimately shifted her goal of being a master som into thinking outside of herself. She began focusing on advocating for more Black people to be a part of and front and center in the wine space. She is the brains behind the Hue Society, which creates curated wine-relevant experiences that celebrate Black heritage and “bridge the intersection of wine and culture.” In regards to being front and center, she recently partnered with audio brand Mark Levinson for its Mark Levinson Reveals Series, “Sounds From The Kitchen” on IGTV, bringing Black people and their knowledge of both wine and music to a broader audience. In her recent episode, she showcased the ways in which music and wine complement each other, selecting wines that reminded her of the music of her guest, singer/songwriter Jade Novah.

“I really believe in creating resources and access and opportunities for Black and brown people in this space, because we’re such an ignored demographic. That’s why the Mark Levinson opportunity is so perfect because everything that I do is through the lens of our culture,” she says. “It’s through the Black lens and so I think that is really important. We love music. So this was just kind of a perfect pairing.”

As serious as Habibi takes a good red, white, sparkling, bubble and so on and so forth, that doesn’t mean she’s “snooty” in regards to what she’ll drink. For her, it’s not about having the most expensive bottle, but rather, having the best ingredients.

“I’m not picky as you would think, but I don’t put everything into my body,” she says. “So if I’m going to put some alcohol in my body, it doesn’t have to be expensive, but it does have to be good quality. They have some really good wines under $10. They have some good $8 bottles of wine. Two-Buck Chuck, you know, you can handle Two-Buck Chuck every once in a while.”

And there’s a good wine, whether a pricy, aged bottle or an inexpensive table wine, for every mood and moment — from the romantic date night bottle to the perfect beverage for a night out with the girls.

“When you’re out with your girls and you’re twerking, you already know you got to have some bubbles in your hand, she continues. “I think bubbles are appropriate for all times, by the way. Not just celebration.”

“And also, are you eating or are you just drinking? Those things matter. If you’re bumping and grinding in a reggae club get some good full body wine,” she adds. “That’s the way I kind of pull out traits in wine. I’m just very much in tune with blackness and I just always stay on that page and I never try to go outside of that.”

For Habibi, she has a few die-hard favorites, including pinot noir. But she says nothing beats the taste of a great champagne, like a Ulysses Collin, especially when it’s had just because.

“I’m a bubbles girl,” she says. “Bubbles, it’s very hard for me to turn down. So that’s definitely my thing. And like I said, I think they’re for all occasions.”

“I will pop a bottle of champagne because it’s Tuesday and I’m in the mood for it,” she adds. “It doesn’t have to be anything special at all. I’m alive. That’s special.”