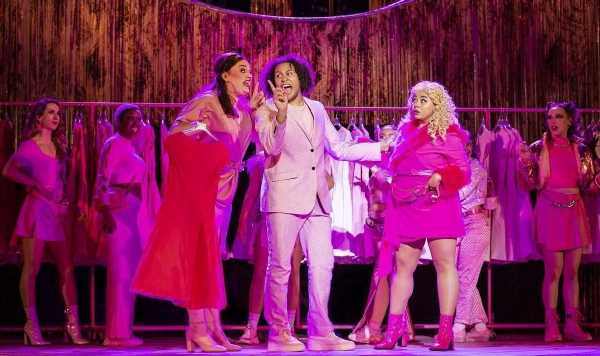 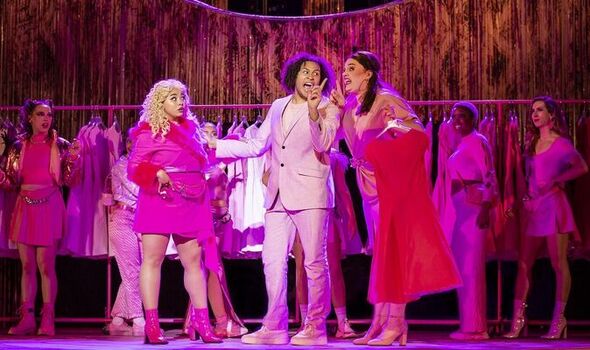 Awash with pinkness and funked up with choreographer Ellen Kane’s Beyonce-style dance moves, this reboot is not so much a musical as a girl band gig with a story attached. The show (last seen in 2011 with Sheridan Smith) has been deftly realigned by Lucy Moss – one half of the duo responsible for the hyperbole-inspiring SIX – for its prime target audience: Generation Z.

Moss is intent on inclusivity with gender fluidity, plus-size dancers and clunky LGBTQ+ references thrown into the mix.

But she has sacrificed the vestigial humanity that anchored the original.

The stakes are reduced to zero as Elle’s psychological wounds are skated over in a tsunami of confidence.

There is little emotional sinew between her and person-of-interest Emmett, in spite of Michael Ahomka-Lindsay’s quietly outstanding performance, or between hairdresser Paulette (Nadine Higgin) and her Irish delivery guy.

The substitution of real dogs with dog-suited actors who embark on a doggy-style romance is frankly embarrassing. Elle’s besties as a Greek chorus are quite fun but it’s a gag too far in a production that seems inordinately pleased with itself.

Yes, it IS fun, it IS generous-hearted and, yes, there are some stunning sequences – particularly the Whipped Into Shape section in which accused murderer Brooke (Lauren Drew) sings and dances with a skipping rope accompanied by a squadron of skipping gym bunnies.

Bowman is a charismatic presence and Higgin is a vocal powerhouse. But it amounts to a vacuous cartoon that has undergone emotional liposuction and, by the end, I felt I’d been whipped into a froth that left me amused but undernourished.