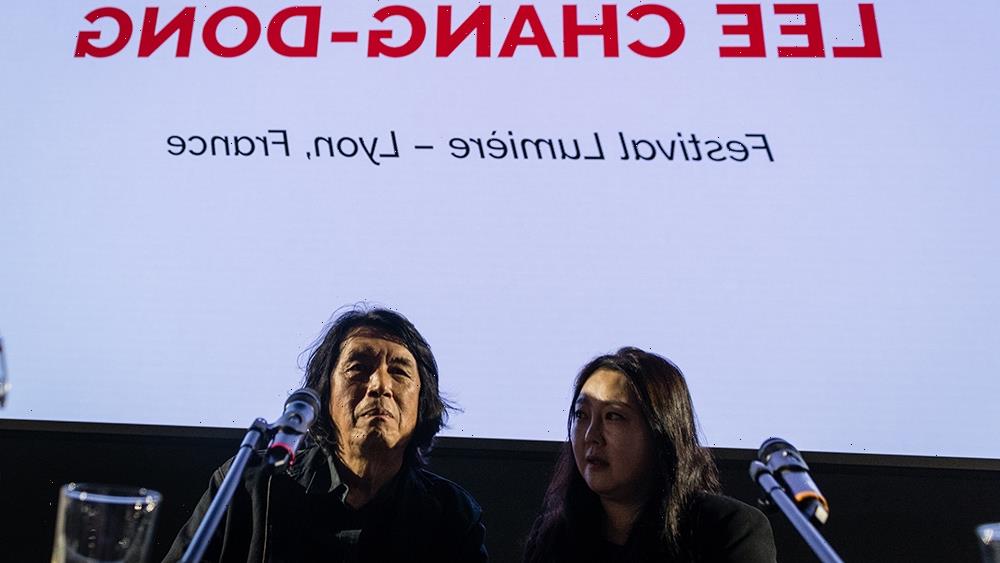 Film writer and director Lee Chang-dong (“Burning,” “Oasis,” “Peppermint Candy”), one of Korea’s best-known auteur filmmakers who has contributed to putting Korean cinema firmly on the global stage, is guest of honor at the Lumiere Film Festival in Lyon, where he was welcomed with a standing ovation.

The Cannes veteran – four out of his six feature films have been screened at the festival and its sidebars – engaged with the audience with characteristic humility on questions of identity, human nature, violence and love, which are central themes to all of his films.

“People sometimes ask me why I always tell stories centered on characters who are suffering. Trust me, I am not sadistic,” he smiled. “But it takes us back to the notion of family [which is central to all my films]: I grew up in a poor family, and I’m familiar with suffering,” he said.

Illustrating his point with his 2002 Venice Silver Lion winner, “Oasis”, a compassionate, intimate tale of love and loneliness seen through the eyes of two outcasts who have been rejected from society, he went on: “It is the story of a disabled couple, a woman with reduced mobility. Well, my own sister suffers from the same illness [cerebral palsy]. I don’t choose my characters just to illustrate suffering, but simply because they are part of my every day.

“For me life is an adventure, a journey on a quest for meaning – the meaning of life. I always try to show that through characters that everyone can relate to and try to share these emotions with the viewer.”

Asked about the sense of danger and violence that runs through his films, Lee said his goal is to reflect the intrinsically violent nature of human existence.

“My characters are always waging a fight, but it’s a fight that comes both from outside and from within – a fight against injustice, prejudice, and problems linked to violence in one form or another.

“I don’t think violence is unique to Korean society,” he continued. “You find it everywhere. Sometimes, it’s not direct violence, but one that is deeply entrenched in our daily lives, which renders it all the more difficult and horrible: in ‘Oasis’ I wanted to tell the story of these people who fight this violence and I wanted the viewer to feel it,” Lee added, emphasizing the fact that his film is “not an ode to love, but an invitation to question whether love is possible between these two characters given the inherently violent masculine nature.”

Lee’s own battle in his home country, where he waged a fight for artistic freedom of expression as culture minister and was blacklisted by the government for several years, is reflected in his films.

“[My characters] are fighting a battle they will never win: that’s the basis of all my stories. As Aristotle said: man is always waging a war he cannot win. That means we are always fighting, be it against God, our own destiny, or against time or societal restrictions. They continue to fight, not because they will win one day, but because they have no choice.”

On the power of cinema as an art form, Lee said: “Human nature is universal, there are things everyone can understand and share. That’s why I believe cinema is an art form that helps us understand others: it’s an amazing opportunity to put yourself in another person’s shoes. And that’s why I love cinema and why I continue making films. And I believe that’s why you, the audience, go and see films: it’s a fabulous way of sharing and communicating.”

Four of Lee’s six feature films as well as his recent short, “Heartbeat,” along with a documentary by French filmmaker Alain Mazars, “Lee Chang-dong: The Art of Irony,” are being screened in Lyon as part of the retrospective dedicated to his career.

The Lumiere Film Festival runs in Lyon through Oct. 23.