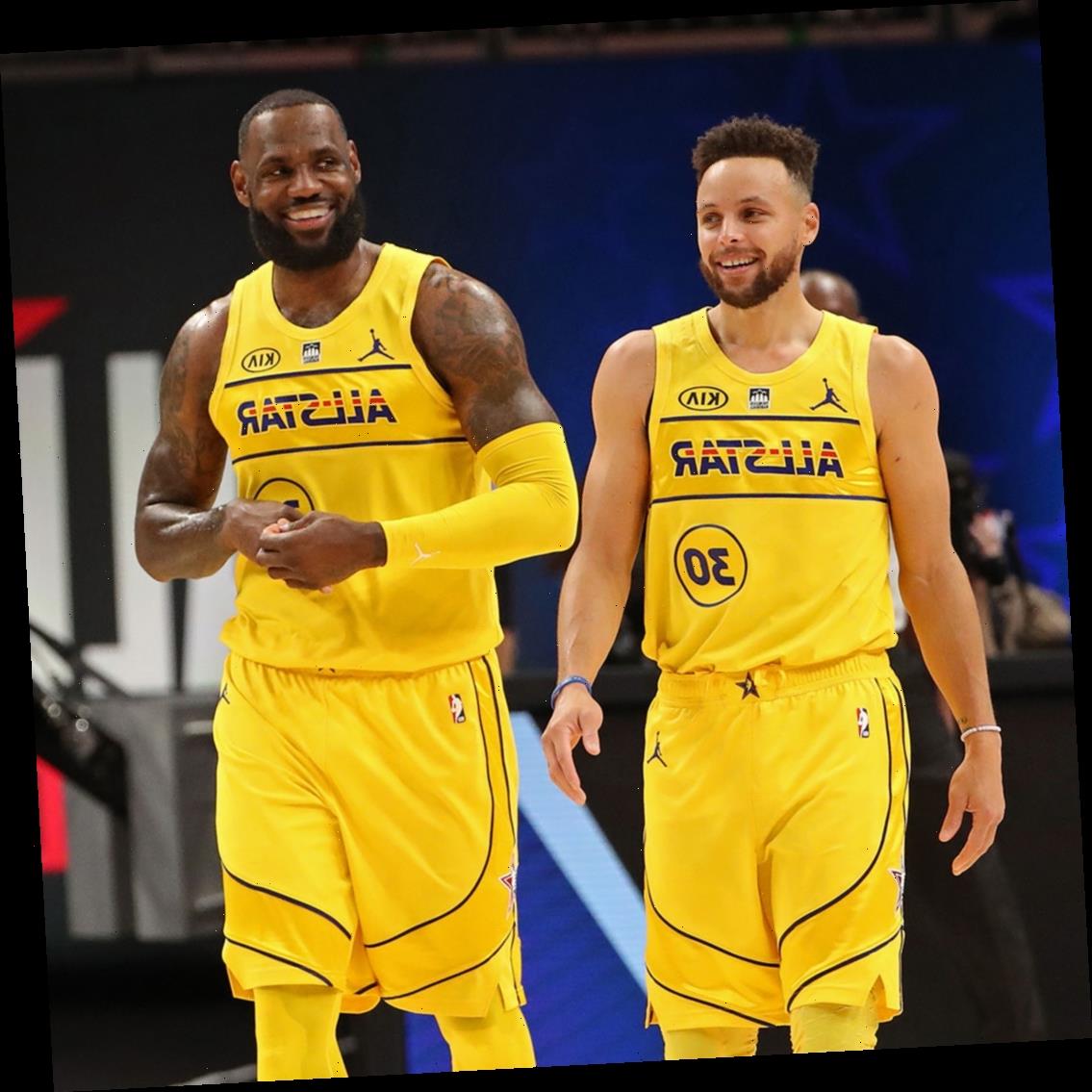 After facing each other four consecutive times in the NBA Finals, LeBron James and Stephen Curry were finally on the same team this past weekend.

Curry, a three-time NBA champion, was instrumental in leading Team LeBron to victory on Sunday night during the 2021 NBA All-Star Game at State Farm Arena in Atlanta, which pitted the team against one chosen by Kevin Durant of the Brooklyn Nets.

After the game, James praised Curry for his performance, calling him the "greatest shooter of all time."

"Finally got to share the floor with @StephenCurry30!" James wrote on Twitter. "Well overdue and I loved every single second!!"

In a hashtag, James also pointed out that he and Curry were both born in Akron, Ohio. "#RespectBeyondWords," he added.

James and Curry famously faced each other four straight times in the NBA Finals from 2015 to 2018.

Led by Curry, the Golden State Warriors won three out of their four match-ups against the Cleveland Cavaliers, James' then-team. While the Cavs only beat the Warriors once during this time period, their victory came during the 2016 NBA Finals after they were facing elimination down three games to one. At least for one night, NBA fans got to see the two future NBA Hall of Famers join forces to earn more than $1 million for charitable causes.

"Much love bro! #TeamLeBron with the W while we at it," Curry, 32, wrote in a tweet with the hashtag "#akron."

Even before the start of the matchup, Curry was having fun with his new teammate, making sure he got a good view of James' iconic chalk toss.

The Warriors star had a particularly good night, having appeared in the game just shortly after winning the NBA 3-point contest for the second time in his career.