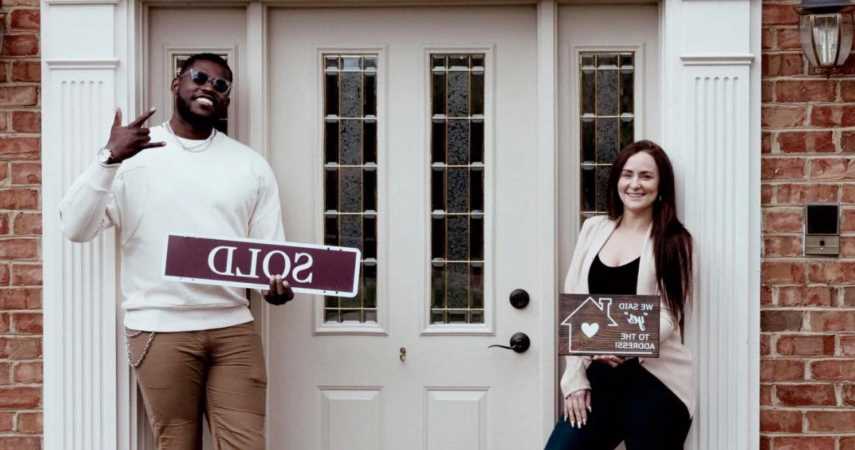 Only months after buying a house together, Leah Messer and her fiancé Jaylen Moby shocked fans by announcing their break-up. But now, new details have emerged about their split, including how Leah is managing to keep the house despite Jaylen’s name being the only one on the deed.

Speaking to The Ashley, an anonymous source close to the former couple says Leah signed an NDA that prevents her from discussing the reason for their abrupt break-up. In return, Leah and her three daughters will remain in the newly purchased house.

RELATED: The ‘Stranger Things’ Creel Home Can Be Yours For A Million-Dollar Price

Jaylan does not want the full story getting out there,” the source said, confirming reports that Jaylan cheated on Leah, causing their break-up.

“He did everything he could to keep Leah from going public with the story,” they said.

“He agreed to sign the house over, on the condition that Leah sign an NDA and not discuss the reason behind their breakup,” the insider added. “As long as Leah agrees to keep it quiet, legally everything will move forward to her having the house in her name only.”

Though Leah will address the split on Teen Mom: The Next Chapter, fans shouldn’t expect her to provide a lot of details.

“She filmed a few times about the breakup, once with a friend and once with Jaylan,” the insider continued. “But the only thing Leah was allowed to say on-camera was that she signed an NDA and couldn’t really discuss it.”

It’s been reported that Leah was the only one who put money towards the home, leading Jaylan to receive backlash for a social media post in which he made it seem like he surprised his then-fiancé with the new home.

The source explained that the reason Leah’s name wasn’t on the deed was because she couldn’t get a loan; the mother-of-three currently owes over $450,000 in federal and state taxes.

So long as Leah respects the terms of the NDA, Jaylan has agreed to sign over ownership. But they can only do that once Leah takes care of her tax debt and is able to refinance the house.

Until then, however, the source says that Leah is covering the mortgage payments.

Jaylan and Leah originally got engaged in August after he surprised her with a 4-carat ring reportedly worth up to $250,000. But they announced their split two months later in a joint Instagram state.