After 20 years on the air, SVU still isn’t, well, dun dun. NBC renewed Law & Order: SVU for Season 21 — officially breaking a record to make the show the longest-running primetime live action series in TV history. Per Deadline, the previous record was held by the original Law & Order (1990-2010) and Gunsmoke (1955-75), both airing 20 season each.

What’s more: The NYPD crime procedural’s star, Mariska Hargitay AKA Lt. Olivia Benson, will also become the longest-running character of all time in the same genre. For her part, when Season 21 begins airing this fall, Hargitay will also surpass Gunsmoke‘s James Arness and Milburn Stone, as well as Kelsey Grammer, who played Dr. Frasier Crane on both Cheers and Frasier.

“I’m deeply proud to be a part of this groundbreaking show, and humbled to make television history today,” Hargitay said in a statement via NBC. “The longevity and continued success of SVU is a testament not only to the show’s powerful storytelling and ability to connect with viewers, but to its necessity. We have told important stories for 20 years, and we will continue to tell them.”

The Emmy winning actor, who’s played Lt. Benson since Season 1, further celebrated the milestones on Twitter, writing: "20 years ago, we started a conversation. We’re not finished. I’m profoundly proud of how far we’ve come. Prouder still of how far we’ll go. We’ve all broken this ground together. #SVUSeason21"

Indeed, SVU (short for Special Victims Unit) features an "elite squad" of detectives who investigate "especially heinous" sexually based offenses (as anyone who’s seen the beginning of any of the series’ more than 450 episodes is well aware). Off screen, fighting to eradicate these crimes has also long been a personal mission for Hargitay, whose Joyful Heart Foundation aims to "transform society’s response to sexual assault, domestic violence, and child abuse, support survivors’ healing, and end this violence forever," per the organization’s website.

In 2018, Hargitay also produced the HBO documentary I Am Evidence, which detailed the backlog of the over 200,000 untested rape kits in police department storage facilities all over America. "With the statistics that I saw and the platform that I was given and the pain that I witnessed and the injustice that I saw, it was just too much," Hargitay told Bustle of her fierce advocacy, in an interview last year. "I didn’t know what to do with it. I wanted to respond to it. It felt like a calling. It felt like not an accident. It felt like I’m supposed to do something." 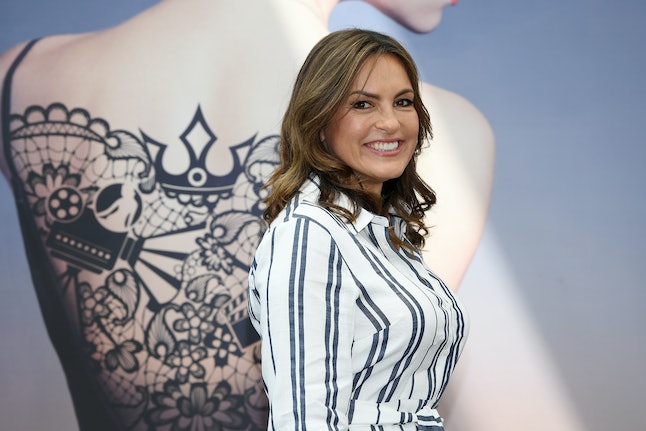 None of this has gone unnoticed by series creator and executive producer Dick Wolf. He also reacted to the history-making news in a statement: 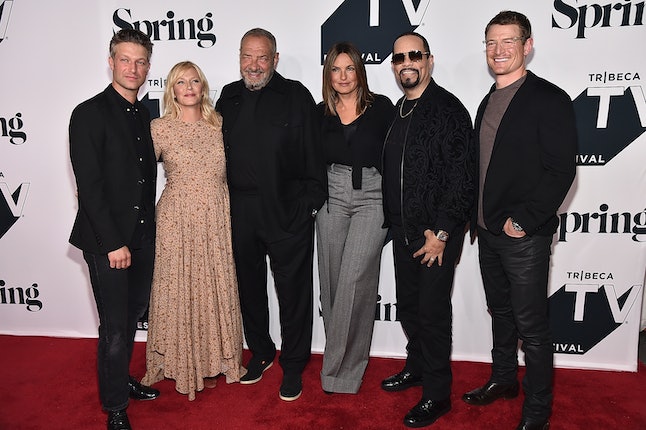 Not all of them will be back for the next installment, however. As Winchester tweeted on March 29, this season will be the last for Peter Stone. (Side note: NBC declined to confirm his departure, per TVLine.) As the actor shared on social media, "Sadly for me, Peter stone and his “the facts don’t care about you’re [sic] feelings” attitude will not be returning. A huge tip of the hat to my amazing fans and not so big of fans. You ALL make me work harder. Thank you! See you on the next adventure."

While he joins a long line of actors who have left the show over the years, Hargitay has remained the SVU‘s anchor. Now, she — and the show itself — will continue to lead the charge into further making TV history ands sharing a crucial message.