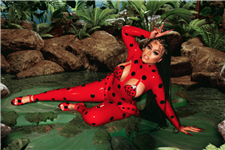 Latto is bringing the big energy!

When it came to the inspiration behind the “Big Energy” audio and visuals, Latto wanted to show her fans that she is evolving as an artist and as a woman in the industry. “I just wanted it to be a level up,” she said on Zoom, but not just about the song but her entire forthcoming project. “The next piece of content that I put out – visuals, the producers, the song itself – I wanted everything to be a level up because I haven’t really dropped this year.” Latto only dropped her “BeatBox” freestyle and releasing accompanying music videos from her debut album Queen of Da Souf, meaning that “Big Energy” has been the first inkling of new music that she’s given fans.

“I was like the first real piece of content that I put out, it need to be that sh*t. Period,” Latto said confidently. And that it is.

Check out ESSENCE’s exclusive interview with Latto following the drop of her debut album!

Her new song samples Tom Tom Club’s 1981 eclectic disco-infused “Genius of Love,” which gives fans the old-school vibe that gives us a hint on what our parents would listen to. Surprisingly, the “Muwop” raptress wasn’t as familiar with the iconic Billboard charting hit as her fans will be. “You know what? I hadn’t even heard that song before in my life. So when they played it, I was like, ‘Oh this sh*t hard, this shit hard’,” she laughed.

Latto confided in Girls United that when she told her team that she wasn’t hip to “Genius of Love,” her team told her that her “age was showing,” but she didn’t take it as a hit to her ego. Instead, she used it to pivot her focus into embedding her sound with the well-loved melodies. “I loved the beat so much. I fell in love with it and I was like, ‘Hell yeah run that sh*t. Pull it up,” she explained. Thus, “Big Energy” was born.

Latto credits her evolution as an artist to never turning away from an opportunity to explore something new, even if it means dipping her artist toe into a pool of genre-bending sounds. Unlike other artists who she notes will complain about not meshing well with a beat or not wanting to work with specific producers because they aren’t known to produce a particular style, Latto opens her mind and her ears to new possibilities.

“I’ve been trying all the type of sh– and that’s how we come up. That’s how we came up with ‘Big Energy’ [by] just being open ears, being a true creative, and being open to anything. [I’m] trying new things and taking myself out of my comfort zone [and] out my element to produce a better product for my fans,” she explained.

Creating the “Big Energy” music video was an exciting process for Latto, especially as an artist who’s extremely hands-on every step of the way. From the director to the treatment and the wardrobe in between, Latto was in the room for all of the decisions being made.

Though she couldn’t choose a favorite scene to shoot, which she described as “choosing your favorite child,” Latto ended up going with what she referred to as “the ladybug scene.” Latto gushed, “The body snatched it up, it was so sleek, and so-on brand with my aesthetic. The good luck ladybug, the four-leaf clover – that whole scene just did it for me.” The Atlanta artist and her team have even joked around that they would love to see her fans dress up as sexy ladybugs for this coming Halloween. “I’m reposting them all, by the way,” she said as she shouted into her hands.

“I feel like BDE is for both genders,” she said. “It’s basically just this confidence, this strong aura that no one can tell you, ‘You not the sh–. You is the sh–.’ It’s about believing in yourself – how you walk, how you talk, just carrying yourself like the person that you believe you are.”

Tap into our exclusive Girls United interview with Normani about her upcoming debut album and the artists she admires.

Speaking of “Big Energy,” Latto refers to herself as “The Biggest.” While this may ruffle some feathers, the rapper knows she’s here to stay.

“I feel like nothing is bigger than the biggest. Everything falls in line with that big energy, Big Latto, the biggest. It’s not even cocky, just true confidence. [It’s] walking like the person you aspire to be [and] acting like you already are that person. It’s just that aura,” Latto explained. “It’s like a, ‘If you know, you know’ type of thing and it’s more than a personality. It’s everything about you.”

Read here for our exclusive interview with City Girls about their upcoming album!

Thankfully, “Big Energy” isn’t the last we’ll see of Latto for 2021. In fact, the track is just a taste of what’s to come from her album, which is slated for an October release.

“It is a big deal,” she said, almost in disbelief that she was gearing up for her second studio album to drop. She has been using her time in the studio to focus on her music and “perfecting my craft.” As an artist, she acknowledged that this was only the beginning for her so she intends on taking her career to the next level through choreography, collaborations, and everything in between.

“I don’t ever want to get content or comfortable with where I’m at. I’m very blessed to be thus far, to have taken me thus far in this industry,” Latto said humbly. As a Capricorn, who says that those who share her sign “want it all” and are “never going to be comfortable,” Latto has been keeping her nose to the grinder and keeping her chin up. “I’ve been traveling, trying to catch new vibes, working with different producers and stuff. With this album, I feel like it really shows my growth.”