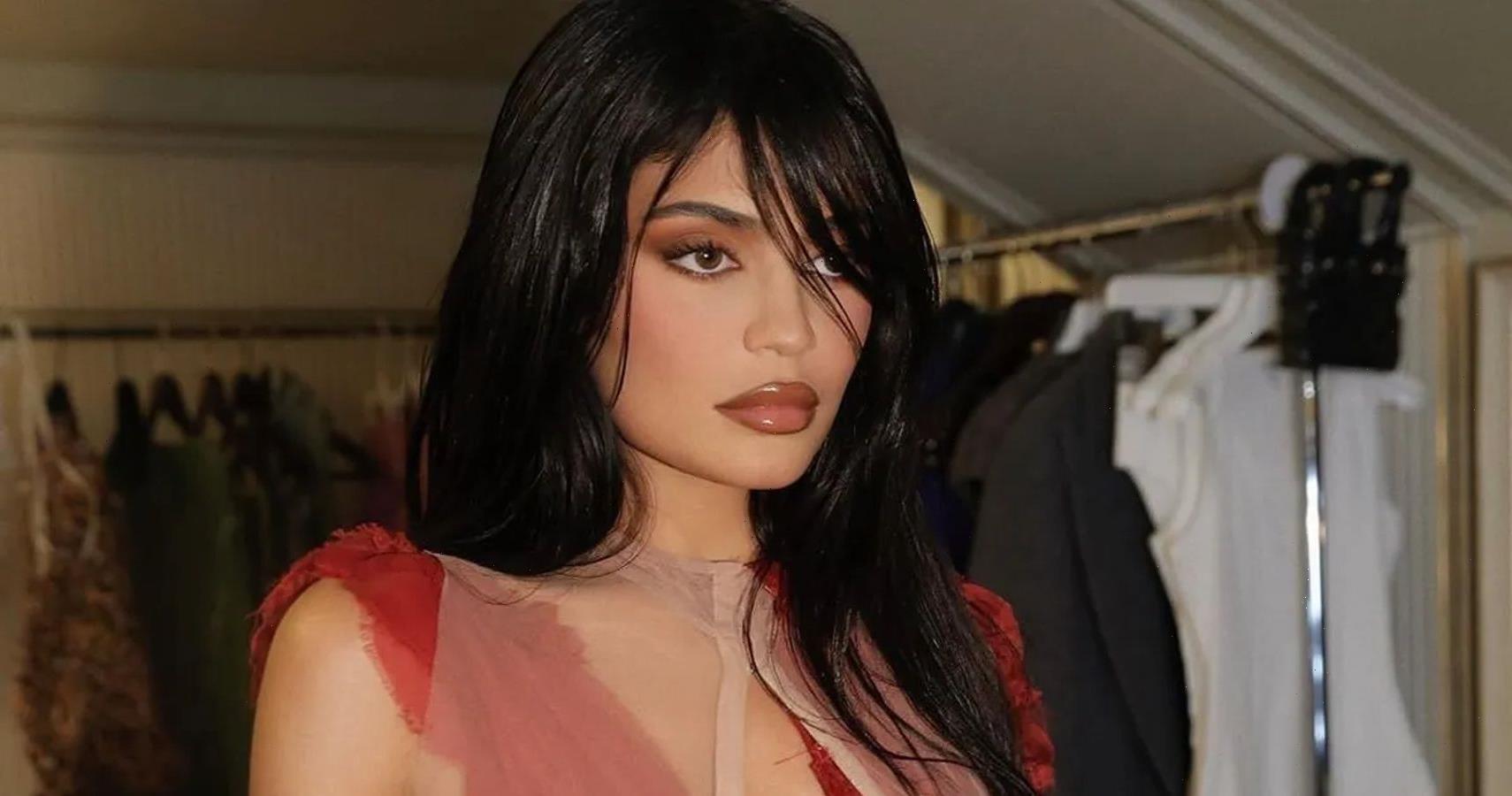 Kylie Jenner has rocked a series of head-turning outfits in the French capital during Paris Fashion Week — and fans can’t get enough of her bold style.

The reality star certainly has taken a walk on the wild side this week, whether it was channeling her inner Julia Fox in a pair of white briefs and a tank to the Loewe show today, sporting a super-plunging Schiaparelli gown to the designer’s presentation on Thursday or wearing torn-up red fabric under a sheer dress last night.

Kylie Jenner’s recent trip to Paris for fashion week marks the beginning of a new style era for the beauty mogul. Sure, she’s championed emerging designers and staged impromptu outfit photo shoots back home in the US, but her working holiday has underlying motives. Her aim is to fully ingratiate herself with the fashion crowd, achieved via a head-turning wardrobe.

She has already served four stunning looks during Paris Fashion Week, which ends on Oct. 04.

For Acne Studios’ presentation on Wednesday, the Kylie Cosmetics founder wore an angelic white dress with long sleeves and a floor-skimming hemline, which she paired with huge studded hoops and oversize white sunglasses.

Kylie Jenner’s sister Kendall has become a well-seasoned catwalk model, but Kylie’s intentions feel more closely aligned with Kim’s role in the industry. Like the Skims mogul, she’s placed herself front and center on the FROW at shows, commanding attention in new-season looks fresh off the runway. One such look came courtesy of Dilara Fındıkoğlu, who showed her spring/summer 2023 collection at London Fashion Week. For another Paris outing, Kylie wore a lingerie-inspired naked dress, which had hook-and-eye closures snaking up the body and red fabric details. The dress from Acne Studios’s spring/summer 2023 collection that she wore on the second day of Paris Fashion Week. 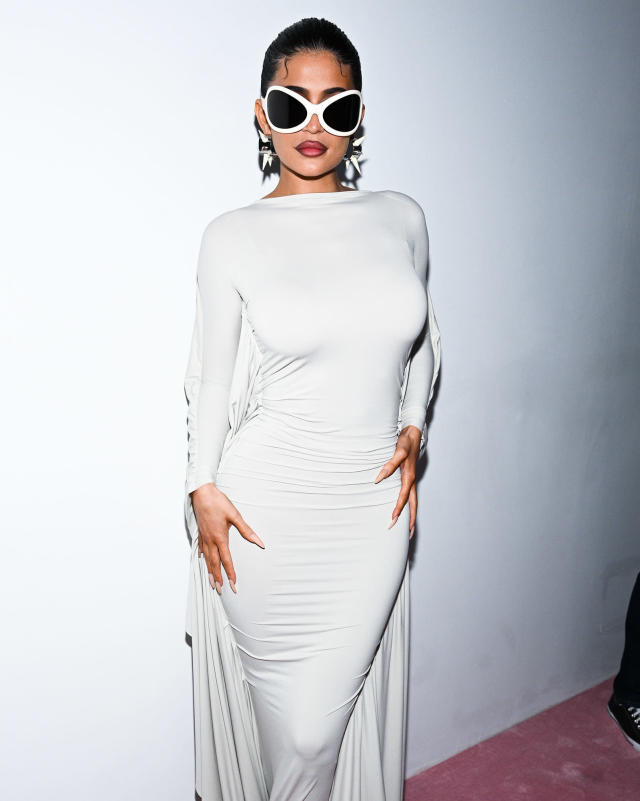 The Kylie Cosmetics founder kicked things off in the city of light on Wednesday, heading to the Acne Studio spring/summer 2023 show in a drapey gown with batwing sleeves by the designer. She added oversized white sunglasses and bold, studded earrings by the designer for her front row look.

Kylie Jenner showed off her curves in a daringly low crocheted mini by Balmain for the designer’s spring/summer show, adding clear “Bree” heels by Gianvito Rossi ($745). The star kept the rest of her look simple, going with accessories to keep the focus on her custom dress. She, of course, twinned with BFF Stassie Karanikolaou, who wore her own braided brown mini. 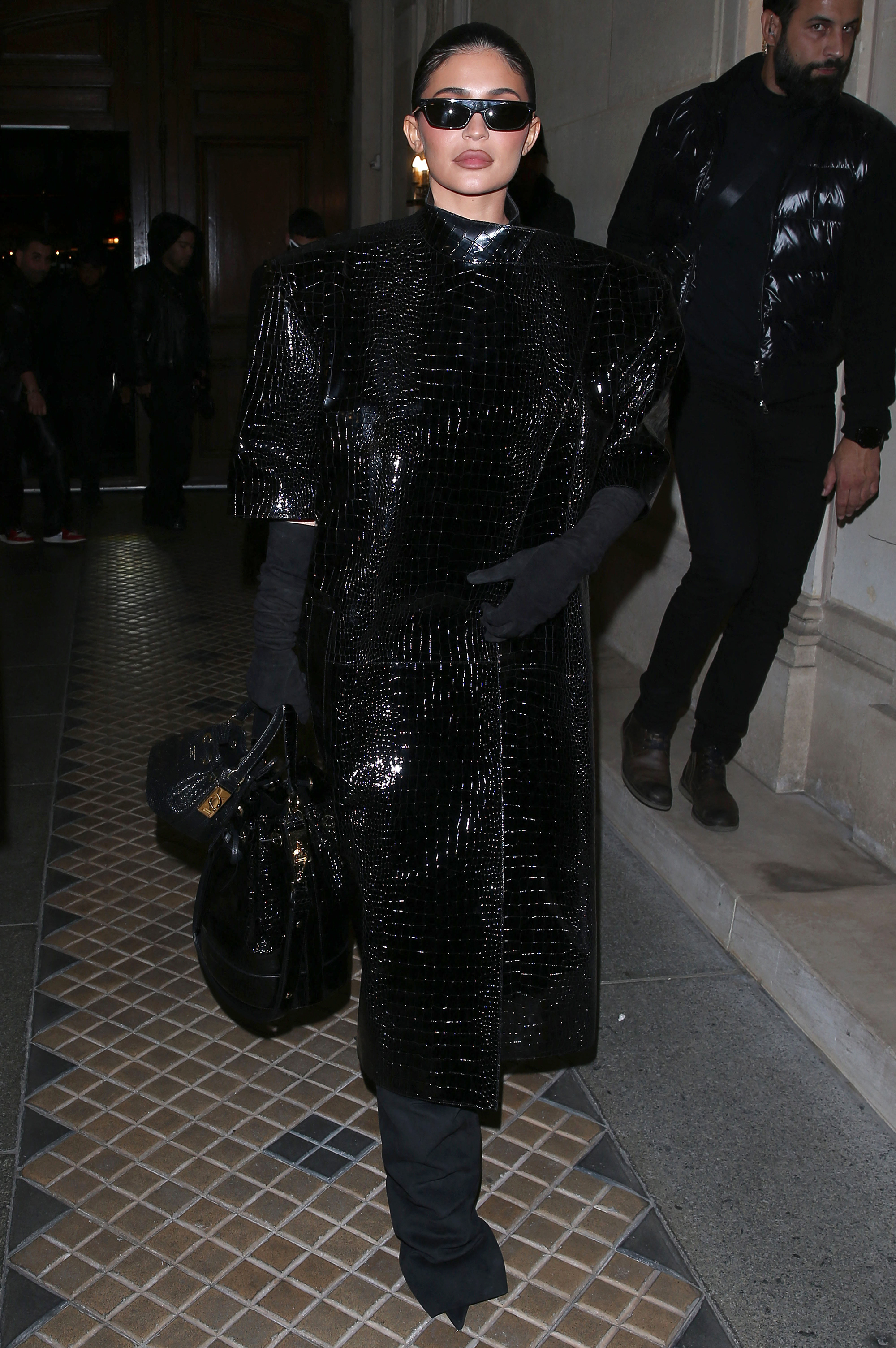 The brunette beauty looked very Keanu Reeves when she went out to dinner with best friend Karanikolaou on Wednesday in a much more covered-up ensemble, wearing a long, croc-print black jacket with black trousers and gloves — and adding dark shades despite the late hour. 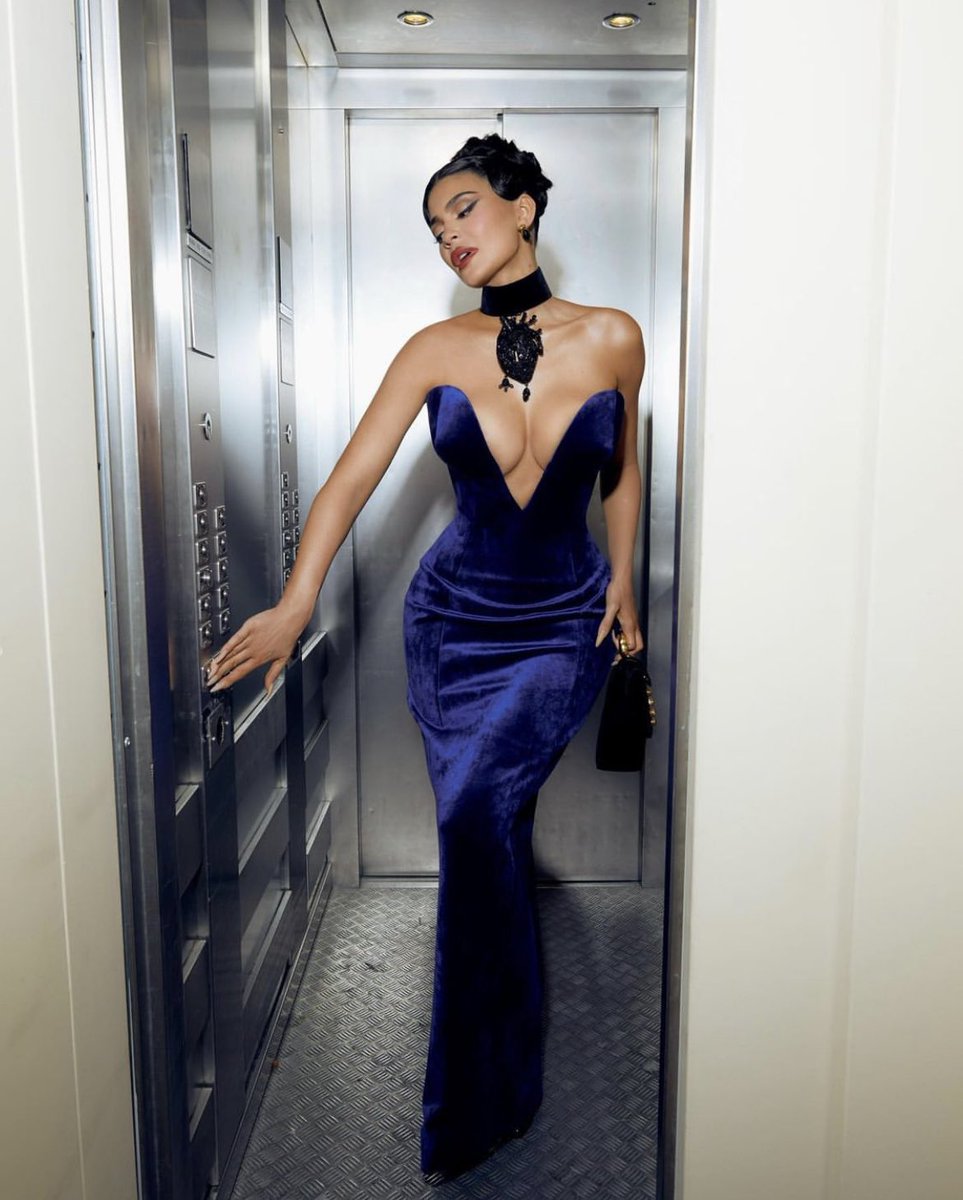 The mom of two took the plunge in deep blue velvet for the Schiaparelli show yesterday, wearing bold jewelry from the designer including “teeth studs” ($489) and a black choker with a pendant shaped like a human heart. She added black pumps with gold heels and a matching black handbag with gold detail. 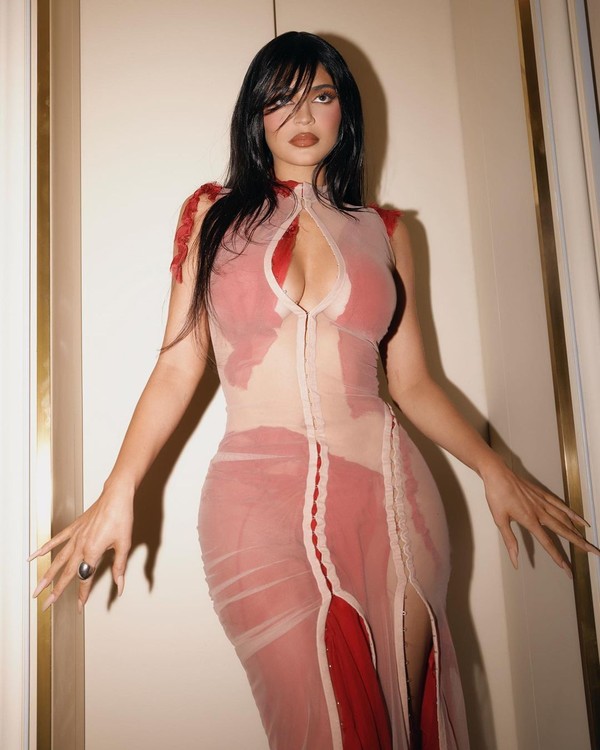 Kylie Jenner gave off Halloween vibes when she sported a daring red look while heading out in Paris yesterday, wearing a Dilara Findikoglu “Dissolved Doll” dress. The outfit featured strategically placed red pieces of fabric under a sheer, nude dress with a high neck and cut out at the bust. She added a red bag and a pair of clear Gianvito Rossi heels that were similar to the ones she wore to the Balmain show, choosing the “Nude PVC Metropolois” style ($795). 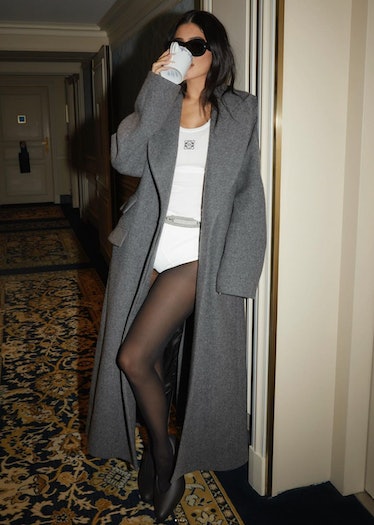 The cosmetics guru ditched her pants for Friday’s Loewe spring/summer 2023 show, sporting a white tank and underwear from the label along with black tights and a long gray coat. Posting a photo on Instagram of herself drinking a cup of coffee in the hallway of her hotel, Jenner wrote, “no pants no problem. mornings with @loewe,” tagging the brand’s creative director, Jonathan Anderson.

Kylie Jenner shared a behind-the-scenes video of herself getting ready for Schiaparelli on TikTok, which included a closer look at her necklace and the Old Hollywood glam style she chose for her hair and makeup. Set to the tune of Beyoncé’s “Pure/Honey,” Jenner’s video also took viewers to the Schiaparelli presentation to get a glimpse of the newest collection.