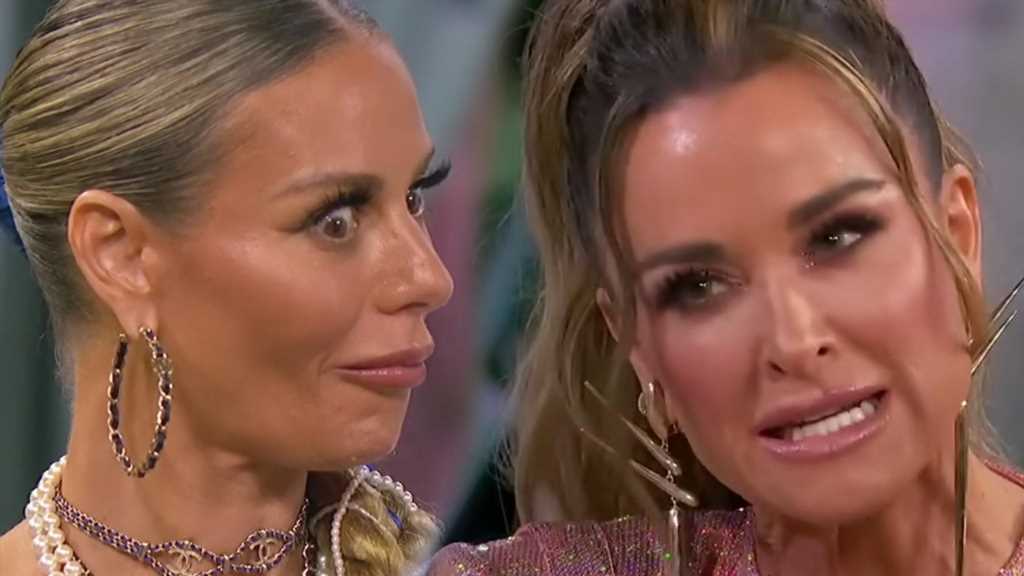 She also addressed speculation she and Dorit were "swapping husbands."

Rumors about Kyle Richards’ marriage were brought up briefly during Part 2 of the “Real Housewives of Beverly Hills” reunion on Wednesday night.

During the new hour, host Andy Cohen mentioned a fan comment saying that despite “all this talk about Mo [Kyle’s husband Mauricio Umansky] and [Dorit Kemsley] having an affair,” they believed the real romance — or bromance — was actually between Mauricio and Dorit’s husband, PK Kemsley.

“What people got that from was after the home invasion, Dorit hugged PK and Mo like this and they said, ‘Did you see the way Dorit hugged Mo? It was so obvious,'” said Kyle, laughing off any talk of an affair between her husband and her costar.

“And then I heard we were swapping and it was a whole thing. I was like, ‘Gosh, please, for the love of god!'” she then exclaimed, as Dorit also laughed at the speculation. 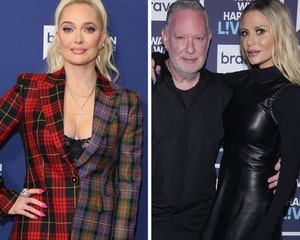 Erika Jayne then chimed in with her own story about PK, after getting the green light from Dorit.

“He was just being like an ass,” she added, “he was being sassy.”

It was clear Dorit, however, expected her to share a totally different story, as she exclaimed, “I don’t think I ever know that!”

Dorit recently shut down Mauricio affair rumors as well back in August, after former RHOC star Dana Wilkey shared a meme about the speculation to social media. Kemsley hit back, calling Wilkey “one of the thirstiest people I’ve ever met.” She also said both Kyle and her husband are “our friends and my kids call them uncle and auntie” — before blasting Wilkey again by adding that there’s “ZERO truth” to the talk and her behavior was “sad, pathetic and bound to bite you in the ass inevitably.”

Part 3 of the RHOBH reunion — which will include Kathy Hilton’s big arrival — airs next Wednesday on Bravo. 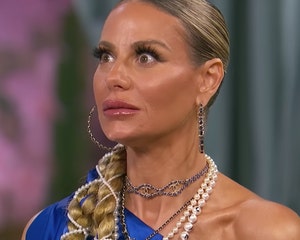