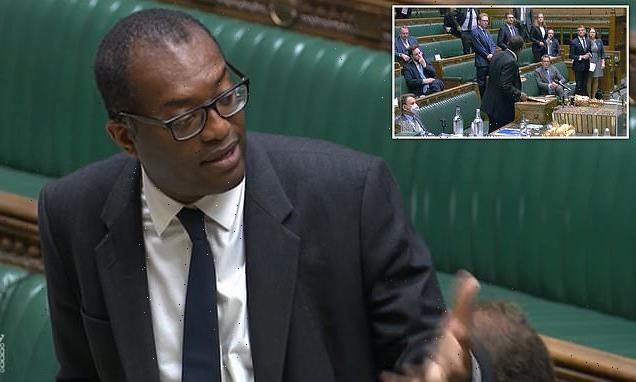 Everybody calm down. Move along people, nothing to see here. That smooth operator Kwasi Kwarteng assures us that everything’s fine and there’s no need to worry about all this talk of gas shortages this winter.

The Business Secretary was dispatched to the Commons yesterday to update MPs on the energy crisis, which is sending bills sky-rocketing and leading to fears of blackouts and shop shortages.

Kwasi was in Fonzie mode. Be cool, everybody. Simmer down and chill out. No, the lights would not be going out. No, we would not be revisiting the 1970s and a three-day week lit by candles. Such talk was ‘alarmist and misguided’, said Kwasi.

Nor should people heed talk that we’re overly reliant on gas from Russia. Turns out much of our supply comes from Norway – with whom, he reminded us, we enjoy ‘excellent relations’. 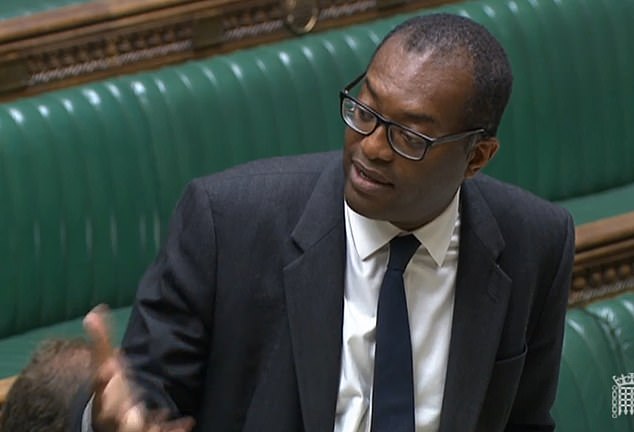 In fact, just half an hour earlier, Kwarteng had been ‘privileged’ to speak to Norway’s energy minister. I loved the ‘privileged’: anyone would think he’d just enjoyed an audience with the Pope. A fiver says Kwasi had forgotten the woman’s name already.

He conceded that he did expect more small energy suppliers to go bust, but suggested it was their fault for having weak business models. Kwarteng’s main priority was consumers: that is, us.

He reiterated this five times. Crumbs, the statement dragged on a bit.

By the time Kwarteng sat down, Sir Lindsay’s left eye had gone into spasm. Always a sure sign he’s about to issue someone a rollicking.

He had indeed jabbered on much too long. ‘Totally unacceptable!’ thundered Sir L.

Miliband was surprisingly diplomatic. He agreed the minister was right not to be ‘alarmist’. Still, he felt the Government was being far too complacent.

Frontline politics tends to age MPs. Boris certainly looks more haggard than he did two years ago. Odd thing about Mr Miliband is he appears to have grown younger since he stopped being Labour leader in 2015.

The waist is trimmer, the hair thicker and more bouffant. A new shampoo, perhaps? That strange nasal voice still honks and whistles, though.

The Lib Dems’ Jamie Stone said rising energy prices were always of concern to him, as his Sutherland constituency was the coldest in the UK. Indeed. I’ve been there myself and got the chilblains to prove it. 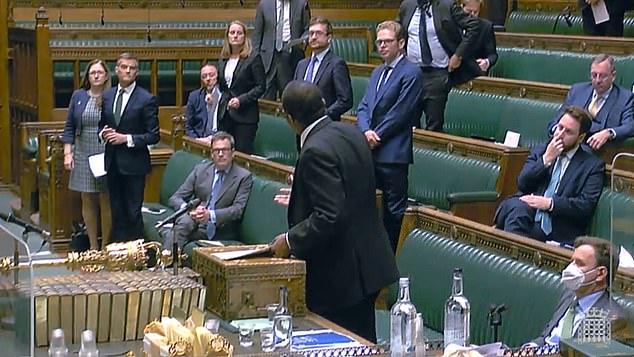 There was a lot of finger-wagging from the Greens’ sole representative, Caroline Lucas (Brighton Pavilion) as one might expect.

She yelled something about people insulating their homes. Can we expect to see her out blocking the M25 with the eco-crackpots in coming days?

Things ended on a sour note after Kwarteng let slip he would be giving a joint statement later on with regulator Ofgem.

Sir Lindsay weren’t ‘appy. He demanded his clerks hand Kwarteng a copy of the ministerial code, with the passage about how important Government announcements have to be made to MPs first. Oh dear. Kwarteng can take that as an instruction his card is officially marked.