Kim Kardashian returned to Paris for the first time since her October 2016 robbery on the Sunday, December 2, episode of Keeping Up With the Kardashians. 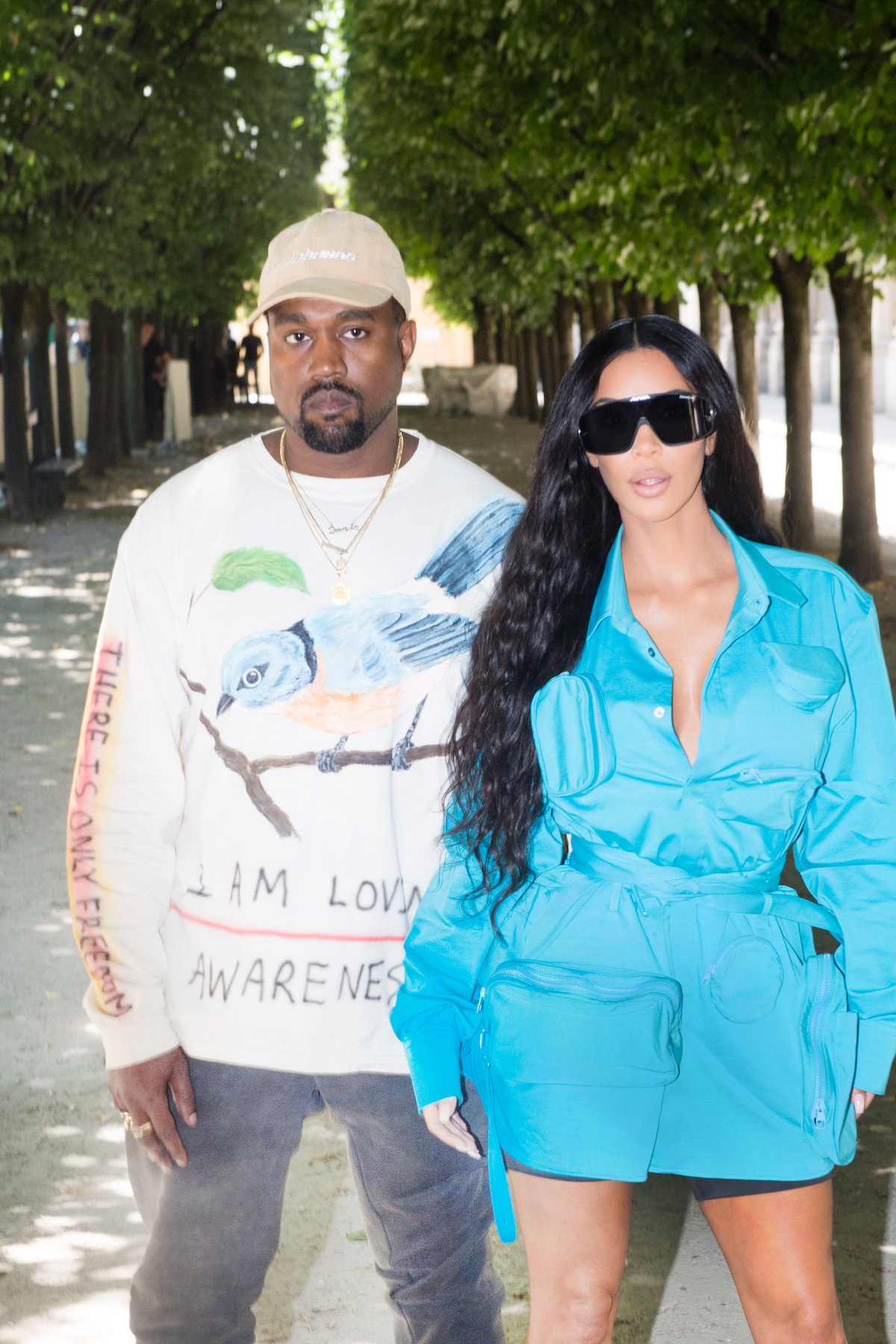 While contemplating her travel plans, Kim chatted with husband Kanye West on their larger-than -ife couch. Kanye explained his motives for taking the trip to support his dear friend Virgil Abloh’s debut fashion show as the art director for Louis Vuitton menswear, saying, “I complain about people I’ve done business with missing important moments of mine, moments of ours, so I can’t do the same thing to Virgil.”

The Life of Pablo rapper asked his wife to join him, adding, “I don’t want to put any more pressure on you to go to Paris. … I just think, for the culture, for Kim K. to show up to the first black designer at Louis Vuitton’s show.” Kim responded uneasily, saying, “I have to think about it.”

Kim later revealed her anxieties in a testimonial shot saying, “Last time I was there, you know, was obviously a horrific experience for me.” Kim eventually decided to join her husband on the brief one-day trip to Paris, telling sister Khloé Kardashian it was the “right thing to do.”

Upon arriving in Paris, Kanye commented on the Arc De Triomphe saying it was “such a fresh landmark.” When discussing the size of their Parisian hotel, Kim remarked, “No more staying at small hotels” — clearly referring to the boutique hotel in which she was robbed at gunpoint just two years prior.

Kim’s anxiety appeared to be at bay, apart from one brief moment when she and Kanye headed into an elevator. In a panicked tone, Kim repeatedly asked, “Hey, where’s our security?” Eventually, the couple arrived at the outdoor fashion show, sitting in the front row to support their longtime friend. In a testimonial, Kim emotionally gushed about the event, saying Kanye and Virgil cried while embracing each other following the show. Kim concluded that she was ready to heal the wounds from her previous traumatic trip to Paris telling her sisters Khloé and Kourtney Kardashian, “I think I could go back and I could spend more time and feel safe and comfortable.”

Aside from her nerve-racking trip to Paris, Kim made time to clarify her savage on-camera comments about Kourtney and their 2017 Christmas card photo shoot. Referring to the time she called Kourtney the “least interesting to look at,” Kim stated, “What I meant is you’re the most boring.” Kim then implied that the backlash over her comment unwarranted. Kourtney appeared to be in good spirits, laughing the whole thing off.

The episode also followed Kim, Khloé, Kendall Jenner and mom Kris Jenner as the family competed in a poker tournament to benefit cancer research and the City of Hope. In an Oceans 11-esque training montage, we saw as Kris and Khloé were tutored by poker professionals, Antonio Esfandiari and Phil Hellmuth. At the actual tournament, Khloé sat at the same table as Vanderpump Rules star Lala Kent and her fiancé, Randall Emmett. Talk about a reality crossover!

As her sisters and mom were busy raking in the dough, Kourtney spent the majority of the episode getting her eggs frozen. While in the process of injecting herself with egg-producing hormones, she vented to Lala Anthony and Stephanie Shepherd, “I’ve been so, like, up and down emotional because I’ve been doing the shots for the egg freezing.”

Kourtney then lifted up her shirt revealing an abdomen covered in bruises and needle marks. She added that the hormones made her cry herself to sleep every night. Eventually, the mom of three was able to harvest seven eggs. Kourtney stated, “I have the insurance if I wanna have [more] kids. Or, maybe I’ll never use them.”

In a preview for next week’s episode, Kim commented on Kanye’s recent public relations fiasco that included an appearance on TMZ Live. Regarding her husband’s bizarre antics, Kim vented, “When he gets ramped up, he can’t control what he says.”

Keeping Up With the Kardashians airs on E! Sundays at 9 p.m. ET.