Since Kourtney Kardashian is single and a member of one of the most famous families in Hollywood, there’s usually a spotlight on her love life. The latest dating rumor links Kourtney Kardashian and John Mayer together, according to Cosmopolitan. But seeing as though there’s been so much speculation into both of their romantic lives lately (with nary a confirmation about the possible relationship), maybe it’s time that people stop jumping to conclusions about these two celebs. (Bustle reached out to Kardashian and Mayer’s reps for comment, but did not receive an immediate response.)

According to an Us Weekly report, Kardashian and Mayer were spotted getting close at the GQ Man of the Year party on Dec. 6. A source told the publication that the singer “seemed very into her." They went on to say that the "Your Body Is a Wonderland" musician also told the reality star that it was "sweet serendipity" that they met up at the party and that they should "meet up again soon."

But, before anyone starts to ship "Jourtney," it doesn’t appear as though anything romantic is going on between them. A source told Us Weekly, that Kardashian didn’t exactly feel the same way as Mayer, as they related that the singer is "not her type." 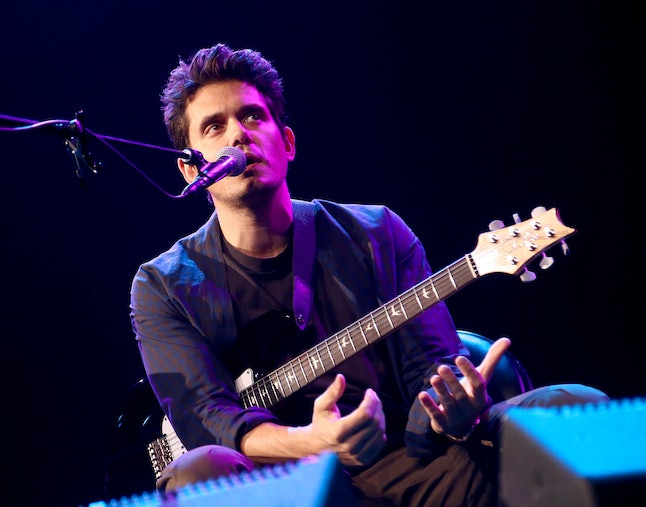 So, it doesn’t sound like Kardashian and Mayer will be Hollywood’s next power couple anytime soon. It was quite a jump in the first place to assume that there was something romantic going on there simply because they were spotted chatting at a party. But, it’s something that both of the celebs are used to, particularly as of late.

Mayer recently sparked up dating rumors with singer Halsey after the pair were seen exchanging some fun messages back and forth on social media, per E! News. This led the "Bad at Love" singer to clarify their relationship in a statement she made via Twitter on Nov. 7. She wrote,

In early December, both Mayer and Halsey took to Instagram to once again dispel any dating rumors, per E! News. During an Instagram Live, they played a game in which they both revealed that they were not an item. At the same time, they both showed off cards that clarified that they were not dating, which effectively shut down any rumors about a romantic relationship. "We’re not dating… So what [do] you think of all that everybody," Mayer said in the clip, "We’ve effectively shut that one down. Halsey and I ask for publicity in this very difficult time."

As for Kardashian, she’s recently been linked to Luka Sabbat. Rumors originally started to float around in September about a possible relationship between them, per Page Six. By late October, they were reported to have split, according to People. While it was reported that they parted ways after their "fling," they were still spotted together on subsequent occasions, such as at Sabbat’s 21st birthday party in late November, which continued to fuel dating rumors. However, a relationship between the two has not been confirmed. 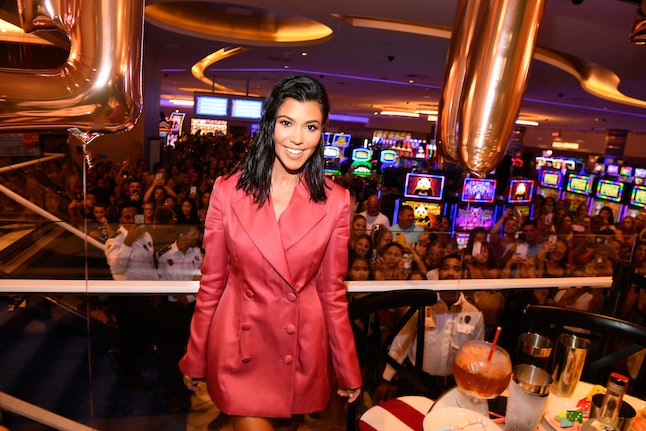 Given that neither Kardashian nor Mayer have commented on this latest dating report themselves, and that they’ve dealt with a variety of romantic rumors recently, it’s safe to say that people probably shouldn’t get ahead of themselves by linking the two together romantically just yet.