See What the Stars Wore to the Oscars Red Carpet

The pair were handing out “consolation prizes” to help nominees in the audience cope with their Oscar losses. “We didn’t want anyone to go home empty-handed tonight because we think you are all winners — even though you are not,” Hall, 51, said. After she and Sykes, 58, attempted to hand out a screener of The Last Duel and a “fungible token” instead of an NFT, Hall turned to Dame Judi Dench, who lost the best supporting actress award to Ariana DeBose.

“We have an inspirational quote for you,” the Scary Movie star said. “This is a quote from Kim Kardashian, ‘Work harder.’ That’s what we need you to do.”

As Dench, 87, laughed at the joke, Sykes encouraged her to “move that ass” in order to take home an Oscar next year.

Timothee! Jake! See the Funniest Celeb Reactions at the Oscars 2022

The bit was a reference to a clip from an interview Kardashian, 41, gave to Variety last month alongside her family. “I have the best advice for women in business. Get your f–king ass up and work,” the Skims founder says in the clip. “It seems like nobody wants to work these days. You have to surround yourself with people that wanna work.” Kardashian also encouraged women to create “a good work environment where everyone loves what they do” in order to be successful. 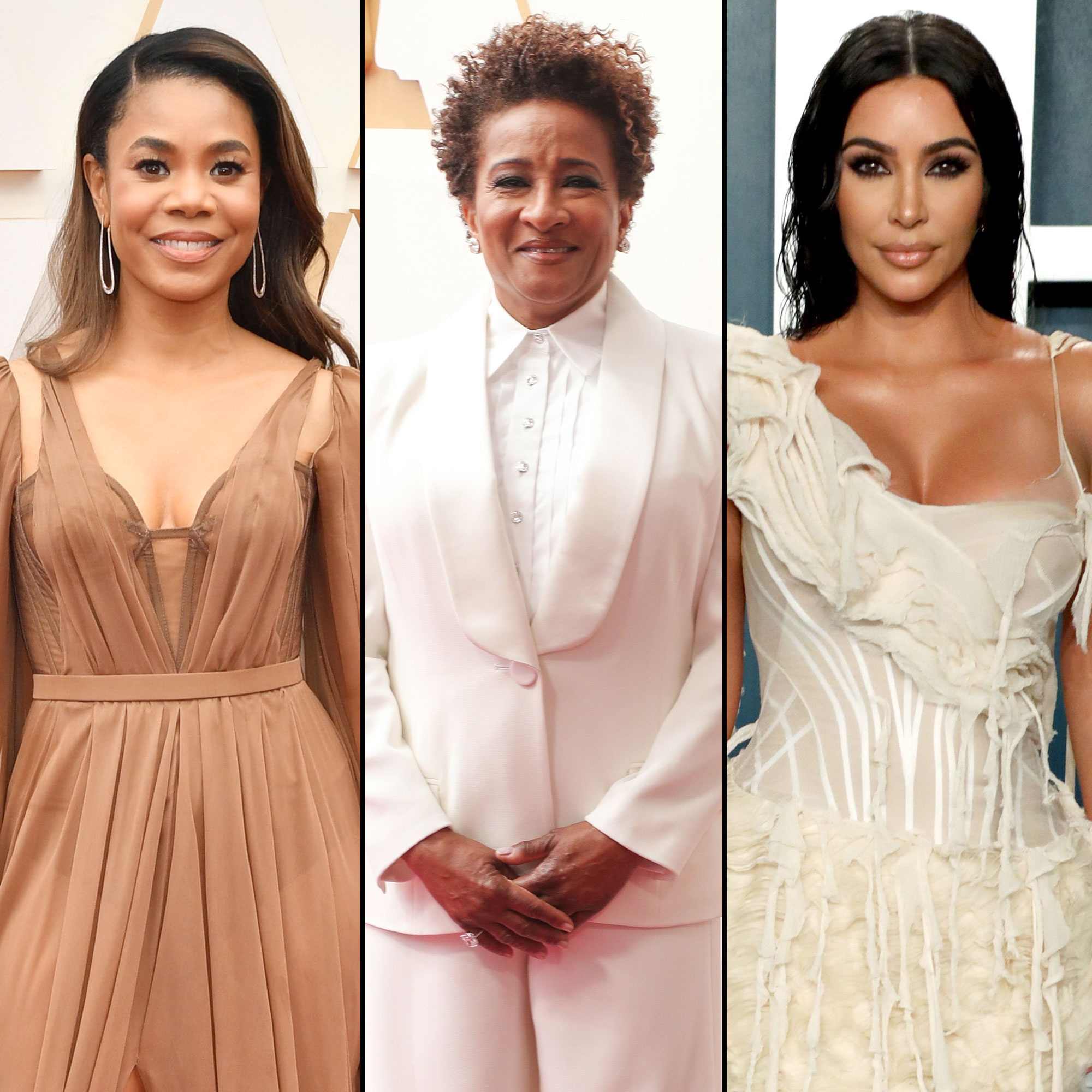 The KKW Beauty founder also addressed the idea that she and her family are “famous for being famous,” arguing that they have all worked hard on their various projects. “Who gives a f–k?” Kardashian said at the time. “We focus on the positive. We work our asses off. If that’s what you think, then sorry. We just don’t have the energy for that. We don’t have to sing or dance or act; we get to live our lives — and hey, we made it. I don’t know what to tell you.”

She continued: “With all respect, and with love, I’m not, like, being a bitch.”

CODA’s Troy Kotsur, More Oscar Winners That Made History Through the Years

The reality star’s comments sparked a backlash online, with many social media users pointing out that her father, Robert Kardashian, was a prominent and successful lawyer. “I think if you grew up in Beverly Hills with super successful parents in what was simply a smaller mansion… nobody needs to hear your thoughts on success/work ethic,” Jameela Jamil wrote via Twitter on March 9. “This same 24 hours in the day s–t is a nightmare. 99.9% of the world grew up with a VERY different 24 hours.”

Kardashian herself has never addressed the backlash to her comments.