The holidays are for spending time with loved ones, reflecting on the year behind you, and gearing up for the year ahead — that is, if you’re a mere mortal. But if you’re Kim Kardashian or any of the Kardashian-Jenner krew, the holidays are a time to be super extra and exceptionally festive as demonstrated by all their past Christmas and holiday celebrations. But Kim Kardashian’s Christmas Eve 2018 party set the holiday party bar even higher as the TV personality turned her home into a full-on winter wonderland.

On Monday, Dec. 24 Kim Kardashian hosted an opulent Christmas party in her Calabasas home and everything about the party screamed "extra." Let’s start with the guest list, shall we? In addition to her mom, Kris, and her husband, Kanye, Kim’s sisters Kourtney, Khloé, Kendall, and Kylie were all in attendance along with other famous guests like Jennifer Lopez, Alex Rodriguez, Sia, Paris Hilton, Dave Chapelle, Kimora Lee Simmons, Tyler the Creator and John Legend, who performed a private concert for the guests, per People.

The guest list wasn’t the only over-the-top part of the celebrations. Kim and Kanye had the entire property covered in fake snow for major winter wonderland feels because, you know, it’s not going to snow in southern California. There were also a fake mountains and igloos with elves built specifically for the party, and all-white decorations to capture the "snowy" Christmas spirit. 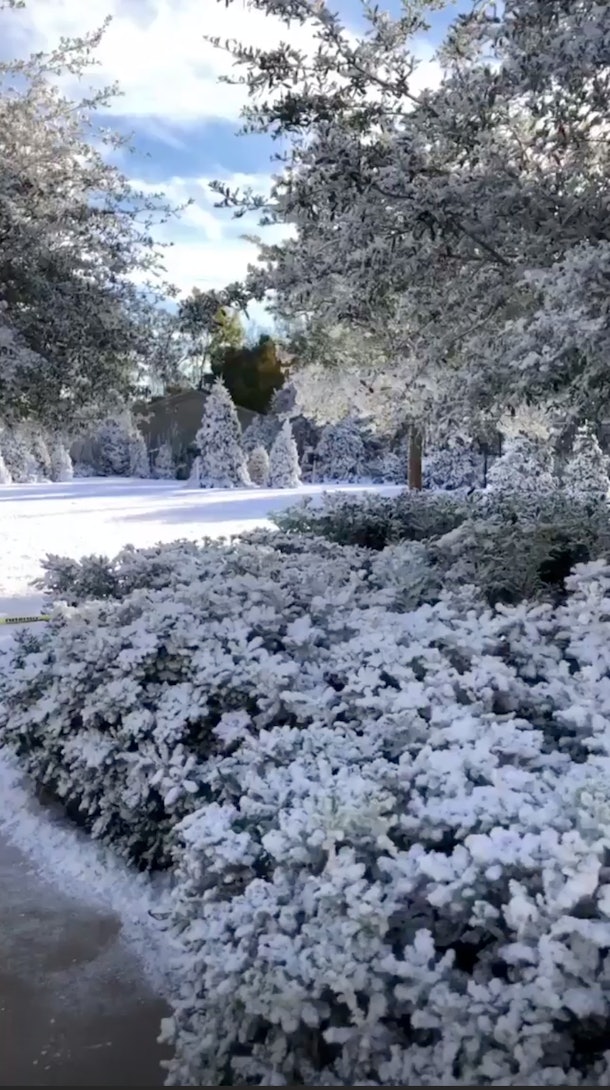 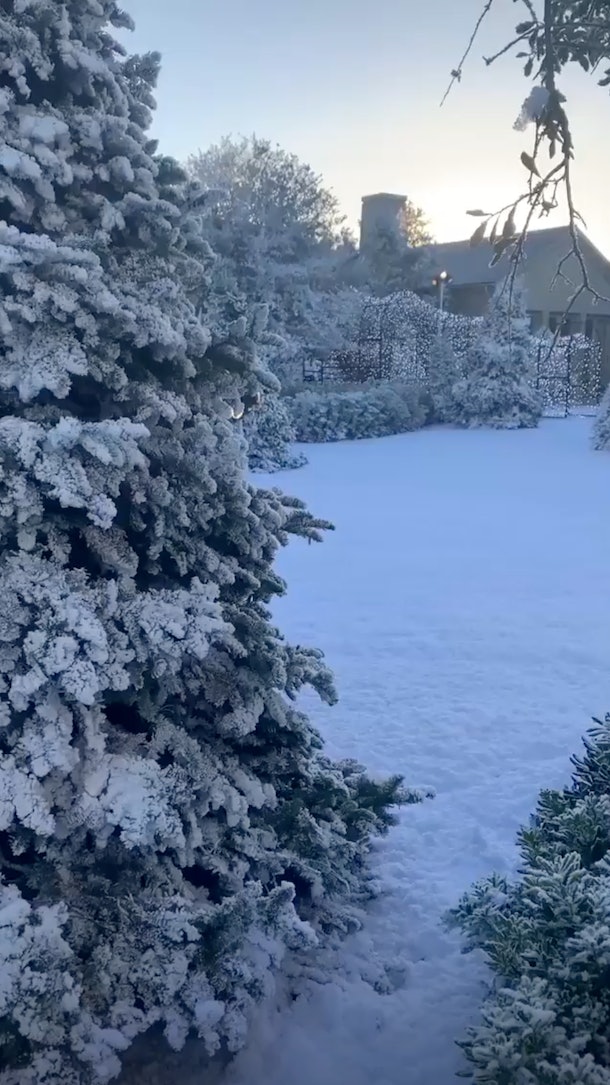 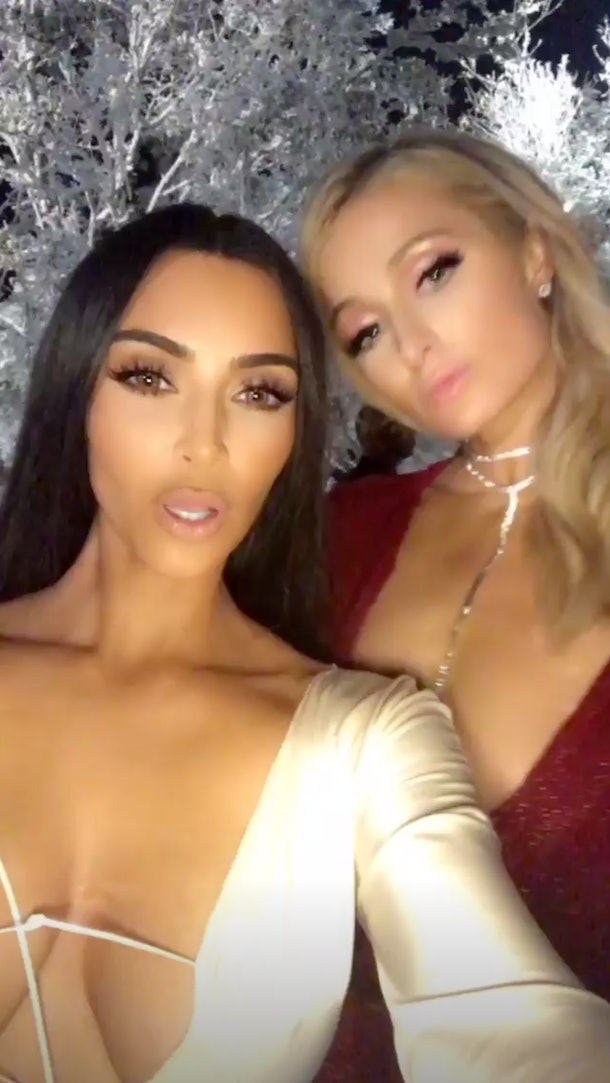 Those who keep up with the Kardashians know that usually the Christmas party is hosted by matriarch Kris in her house, but Kim told People earlier this year that things were going to be a little different this year. At a KKW beauty pop up shop, Kim shared that while Kris was still throwing the Kris-mas party, it would be at Kim and Kanye’s new home because there was a bit more space. 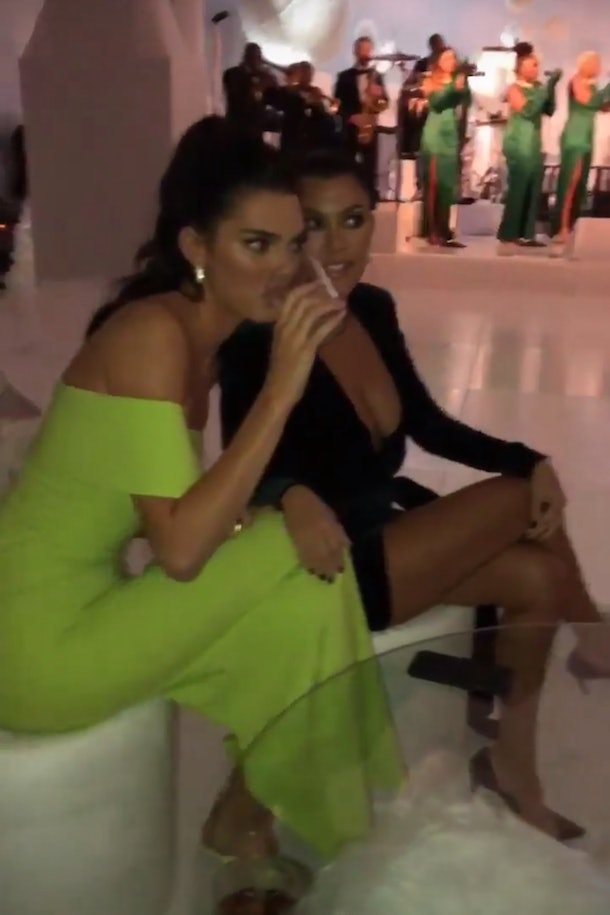 The Kardashian Christmas party theme was in line with the 2018 Kardashian Christmas Card theme — all white with winter wonderland vibes. The card doesn’t have every family member, but features all the children: Mason, Dream, True, Penelope, Reign, Stormi, Chicago, Saint and North. According to a Instagram post by Kim, changing schedules and last-minute planning were the reasons not everyone could squeeze into the card. She wrote:

Even though you might not have an over-the-top Christmas like the Kardashians do, you can definitely sit back and enjoy the show on social media.