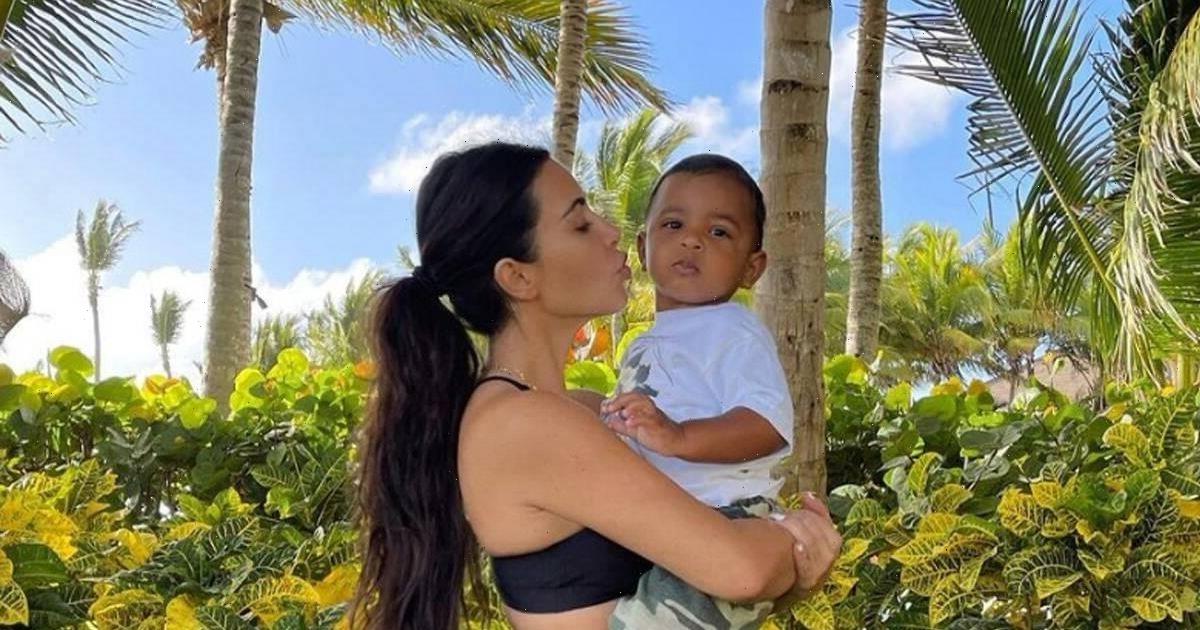 Kim Kardashian's youngest son Psalm is set to turn three on 9 May, and the reality TV star has already started celebrating his big day.

Kim, 41, threw an incredible birthday bash ahead of Psalm's big day, where she was joined by her younger sister Khloe, 37.

She hosted the party at her sprawling Calabasas estate, and took to Instagram to document the memorable day.

Get exclusive celebrity stories and fabulous photoshoots straight to your inbox with OK!'s daily newsletter

Upon entering the party, guests were greeted by a huge wall covered with several Hulk-style hands, along with a large sign with her son's name printed across it.

An enormous green balloon display filled the entrance and continued through to the spacious room where the party was being held.

Kim snapped a quick selfie as she walked through the balloon tunnel, and could be seen still rocking her new bleach blonde hair after recently dying her brunette locks for the Met Gala.

She looked flawless for the family get together, as she wore a black sleeveless top and matching bottoms.

The 41 year old then posted an adorable clip of Psalm as he played with one of his new toys – a Hulk-inspired car decked out in the character's signature green and purple colour way.

Kim made sure her guests had plenty of tasty treats to tuck into, including churros which came in a wrapper showing Psalm's head photoshopped onto the Hulk's body.

She'd also had an incredible cake made for the occasion, which was covered in bright green icing and shaped like the Hulk's fist.

A long wooden table filled the room, with each seat neatly set out for Psalm and his guests. Each party guest had a fist-shaped treat which they had to use a small wooden mallet to smash open in order to unleash the treats inside.

Kim made sure there were plenty of party games and fun activities for everyone to enjoy, including arts and crafts.

In one clip, the children could be seen mixing things together as they got to work creating their own slime.

Later on, Khloe took to her own Instagram Stories to give her fans a peek inside Psalm's early birthday celebrations, and revealed that the family had headed out into the garden to continue the party.

A large green piñata in the shape of a number three had been hung from a tree, and Kim's daughter Chicago could be seen trying to break it open as the family watched.

Kim's lavish celebrations for her and Kanye's son comes after she recently attended the Met Gala with her new beau Pete Davidson, 28.

The mum-of-four arrived wearing Marilyn Monroe's iconic gown with her hair bleached, while Pete opted for a smart black suit and designer sunglasses.

Kim was declared legally single in March, after she and Kanye called it quits last year.

For all the latest updates about Kim Kardashian, sign up to our daily newsletter here .