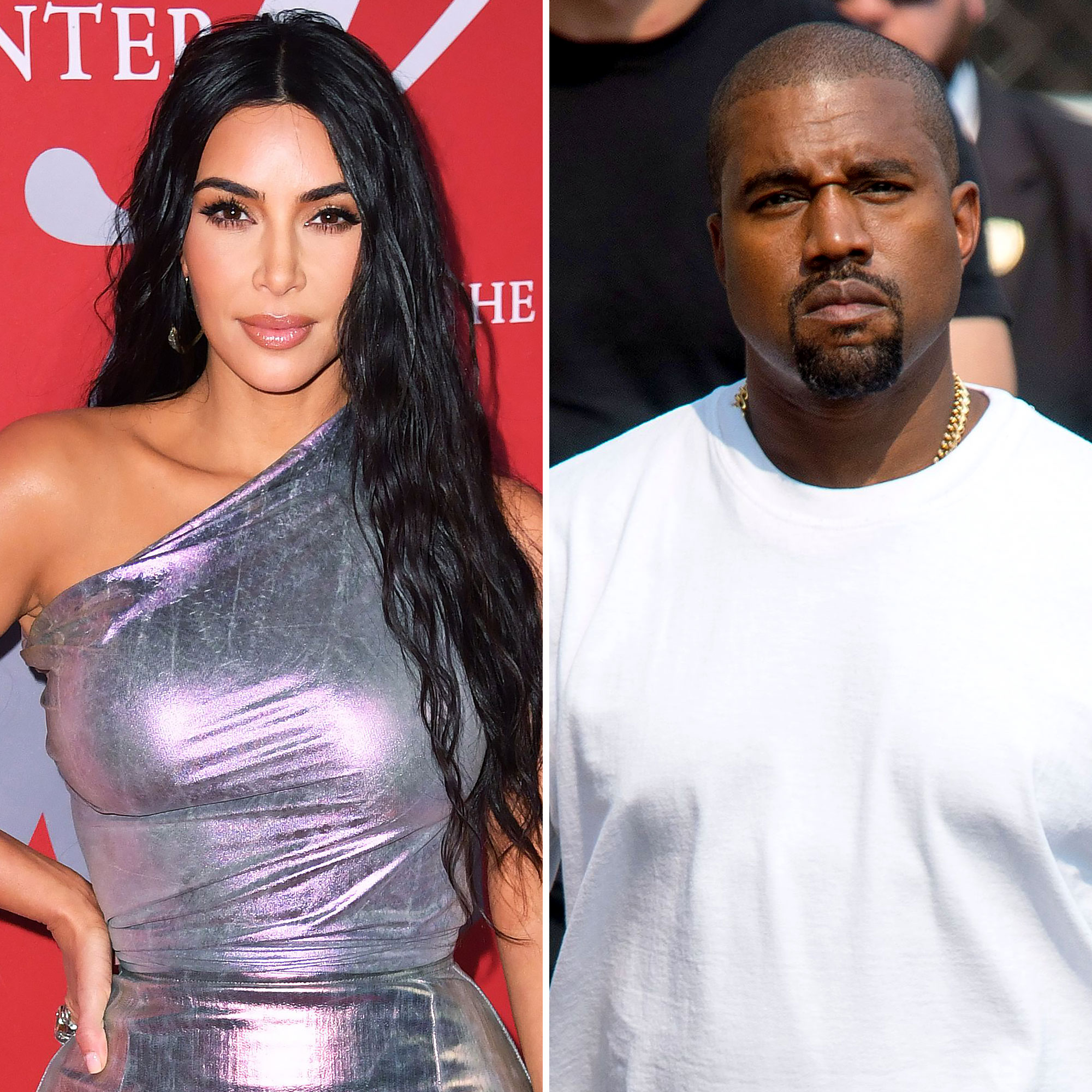 The new normal. After Kim Kardashian was declared legally single, a source exclusively told Us Weekly that the reality star hopes to get on the same page with Kanye West soon.

“She longs for the day when things finally calm down and Kanye accepts the reality of the situation, that she’s moved on and doesn’t want his drama interrupting her as she tries to move on with her life,” the insider reveals to Us about the estranged couple.

According to a second insider, Kardashian, 41, is “truly happy” with her legal single status, adding, “It’s a positive step forward in the divorce. Even though other issues are still being disputed, it’s a huge weight off her shoulders.”

Even though the Skims founder is waiting for the divorce to be finalized, the source noted that having things “be more civilized” is her goal for the future.

Kardashian, who shares children North, 8, Saint, 6, Chicago, 4, and Psalm, 2, with West, 44, originally filed for divorce in February 2021 following nearly seven years of marriage. The beauty mogul later moved on with Pete Davidson after they worked together on Saturday Night Live in October 2021.

West, for his part, has been vocal about wanting to make his relationship with his estranged wife work. Amid the rapper’s public pleas to reconcile, Kardashian filed paperwork requesting to be declared legally single and to restore her last name.

“The parties’ marriage has irremediably broken down. [Kardashian] no longer desires to be married to [West],” legal documents obtained by Us in December 2021 stated, noting that there was “no possibility of saving” the marriage. “There is no question that the marriage of the parties is no longer viable. [Kardashian] has no desire to reconcile with [West] and wants their marriage terminated.”

The Yeezy designer raised eyebrows earlier this year when he started to address his issues with the KKW Beauty founder on social media. In a since-deleted Instagram post from early last month, West wrote, “SINCE THIS IS MY FIRST DIVORCE I NEED TO KNOW WHAT I SHOULD DO ABOUT MY DAUGHTER BEING PUT ON TIK TOK AGAINST MY WILL ?”

At the time, Kardashian addressed the situation by accusing West of “constant attacks” towards her since their split.

“From the beginning, I have wanted nothing but a healthy and supportive coparenting relationship because it is what is best for our children and it saddens me that Kanye continues to make it impossible every step of the way,” she wrote via Instagram. “I wish to handle all matters regarding our children privately and hopefully he can finally respond to the third attorney he has had in the last year to resolve any issues amicably.”

Kim Kardashian and Kanye West’s Divorce: Everything to Know About Their Messy Split

Kardashian pointed out that divorce has been “difficult enough” that West’s “obsession with trying to control and manipulate our situation” only created more issues for their family to deal with. “I wish to handle all matters regarding our children privately and hopefully he can finally respond to the third attorney he has had in the last year to resolve any issues amicably,” she concluded.

Later that month, the Keeping Up With the Kardashians alum reflected on trying to choose herself first amid the major life change.

“For so long, I did what made other people happy. And I think in the last two years I decided, I’m going to make myself happy,” she shared with Vogue in February. “And that feels really good. And even if that created changes and caused my divorce, I think it’s important to be honest with yourself about what really makes you happy. I’ve chosen myself. I think it’s okay to choose you.”

Kardashian admitted that she was excited about the next chapter in her life, adding, “My 40s are about being Team Me. I’m going to eat well. I’m going to work out. I’m going to have more fun, spend more time with my kids and the people who make me happy.”

Us confirmed on Wednesday, March 2, that a judge declared Kardashian legally single amid her divorce proceedings with West. The California native has since dropped West from her legal name as well as all her social media accounts.

Shortly after the legal decision, West shocked his followers when he shared a music video for his song “Eazy.” In the clip, the performer is seen kidnapping and harming a claymation version of Davidson, 28.

A source explained to Us that the comedian was trying to “downplay the impact” of the music video, saying, “He actually feels sorry for the guy, but at the same time, he just wishes he could be left alone.”

Another insider also shared that Kardashian was “a lot less forgiving” when it came to West’s behavior towards her boyfriend. “She found it really disturbing and is fearful of what could come of it,” the source told Us. “She wants to protect Pete just as much as Pete wants to protect her.”

With reporting by Diana Cooper and Travis Cronin